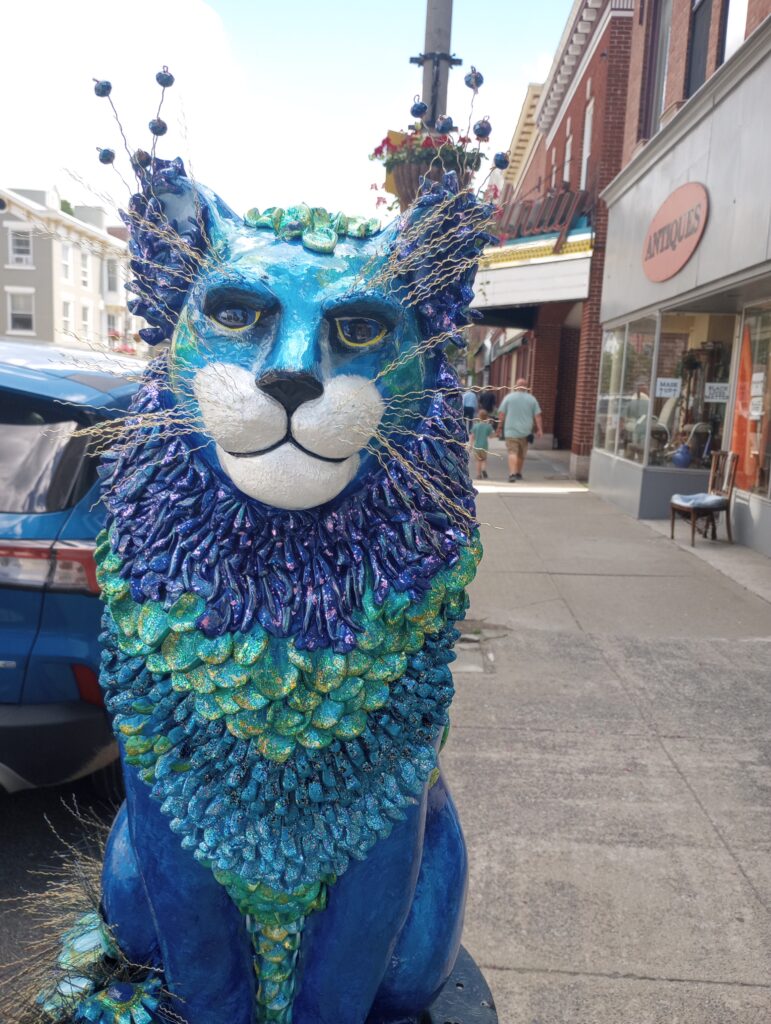 A cat statue on Main Street in the Village of Catskill.

“When every single town in several of our counties are experiencing population growth, I think we can say the cat’s out of the bag: people across the country, and especially in New York City and Boston, are recognizing the Capital Region is truly a place that is CAPable of aNYthing. And when they move here, our new CapNY Connectors will help them find the unique places and people that will quickly make them feel at home,” said CEG CEO and President Mark Eagan.

Saratoga and Greene County communities made the most impressive population gains in the eight-county region. Over the year, Saratoga Springs had the sixth largest population gain for a city in New York, Moreau had the fourth largest for a town and Catskill had the 15th largest for a village. Below is a roundup of the region’s fastest growers and biggest gainers:

Below are city, town and village population highlights for the eight counties:

In April 2021, CEG launched a talent attraction campaign using the CapNY brand, along with a website – GoCapNY.com – and its associated social media channels. To help attract even more young professionals to the Capital Region, CEG today launched a CapNY Connectors initiative. The Connectors are local residents who love living in the Capital Region and who have volunteered to share that love to help connect prospective new residents to our community. They work in diverse industries, pursue unique interests, and come from all walks of life. The CapNY Connectors are available to answer questions and discuss first-hand experience of what it’s like to work and live in CapNY.