ALBANY, NEW YORK – The Capital Region continued to grow through the pandemic, making it one of only two economic development regions in the state to see total population gains between July 1, 2020 and July 1, 2021. Even more, the eight-county region had New York’s greatest number of annual net domestic movers during that period, according to a Center for Economic Growth analysis of new U.S. Census Bureau estimates.1

“We are a million-strong region and getting bigger. The Center for Economic Growth launched our CapNY talent attraction campaign in April 2021. We sensed that if we could raise awareness about all the opportunities and lifestyle in the Capital Region, then more people would want to come here to work and live. We were onto something, and these Census Bureau population estimates show that. The GoCapNY.com website is attracting much traffic, especially from the New York City and Boston areas, and we will be launching new initiatives to engage and connect with interns this summer,” said CEG President and CEO Mark Eagan.

Between July 1, 2020 and July 1, 2021, the eight-county region’s population grew by 1,212, or 0.1 percent, to 1,106,274. The only other Regional Economic Development Council region to see population growth was the Hudson Valley, which picked up 3,032 people, or .01 percent. The New York City region sustained the largest population loss of -305,465, or -3.5 percent. The statewide population declined by -1.6 percent. The five-county Albany-Schenectady-Troy metropolitan statistical area (MSA) also saw a 0.1 percent population gain to 918,259. 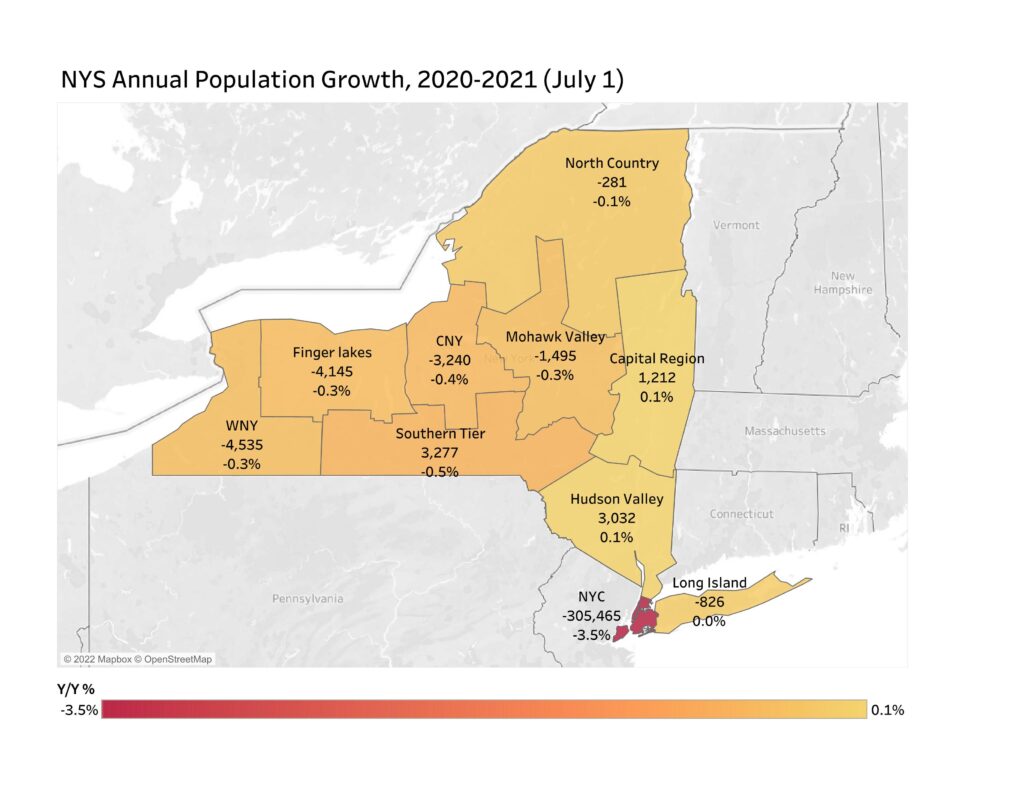 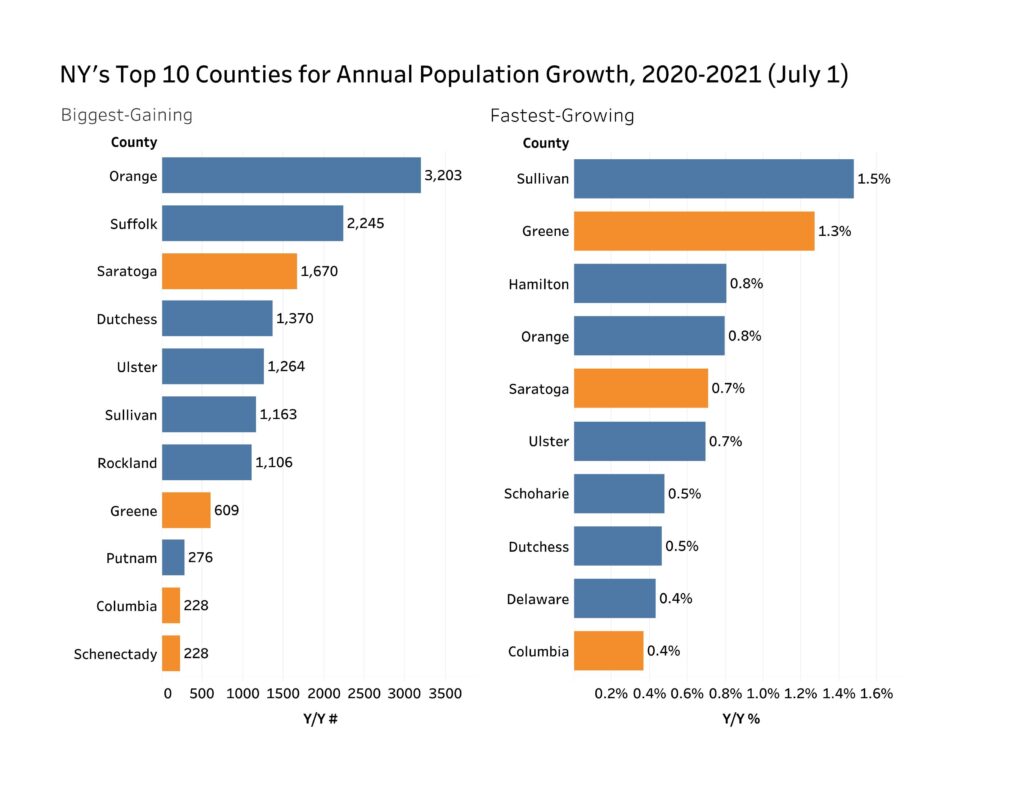 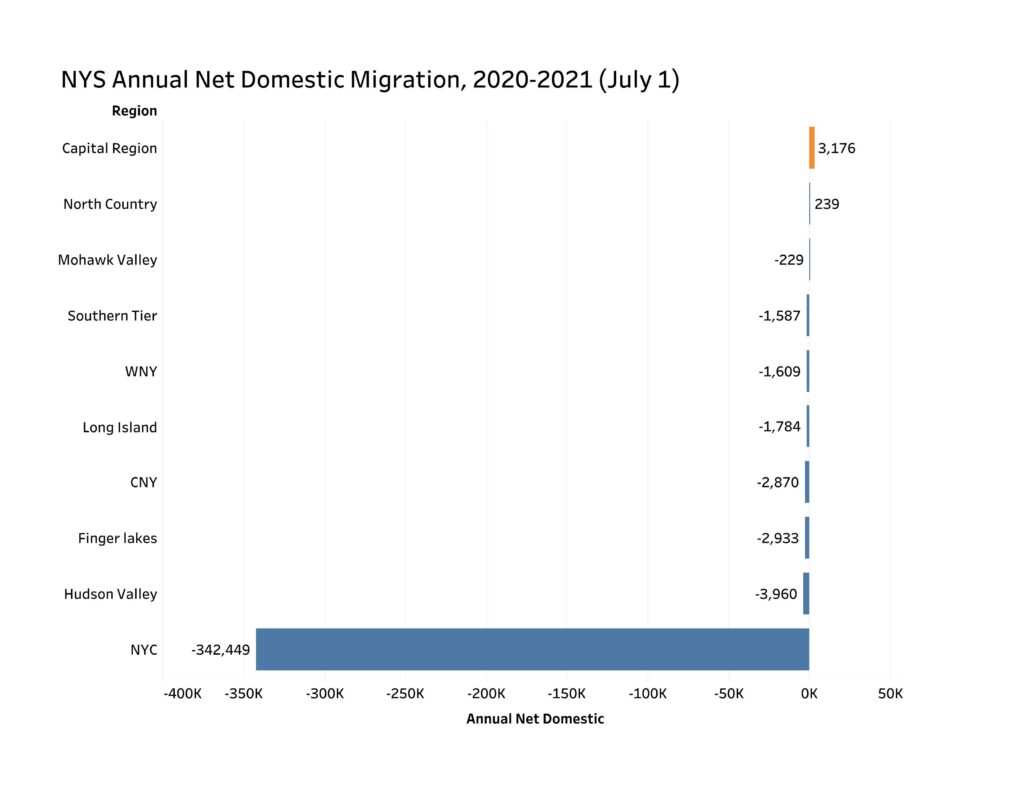 CEG launched a talent attraction campaign in April 2021 using the CapNY brand. The talent campaign works collaboratively across target industry sectors and organizations to attract and retain talented, diverse people who want to live in New York’s Capital Region because of its lifestyle and opportunity. The CapNY website – GoCapNY.com – and its associated social media channels are key elements of CEG’s talent campaign, which markets New York’s eight-county, million-resident Capital Region as a destination of choice, specifically highlighting its quality of place. To achieve these objectives, CEG is also targeting out of market social media placements, piloting outreach to universities and colleges to engage students and local companies to engage interns, as well as connecting regional companies and HR professionals to tools for recruitment.