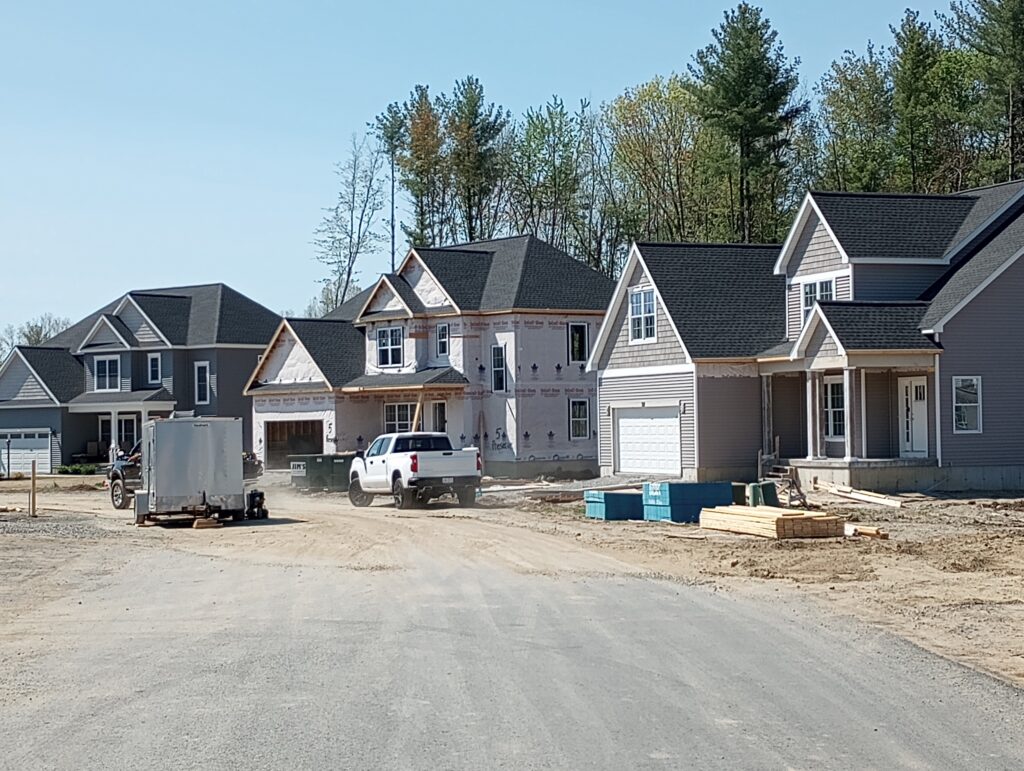 New homes being built around Lupe Way in Colonie

The number of single-family building permits authorized in the Capital Region climbed to a 14-year high in 2021. Already seeing some of New York’s strongest growth in domestic movers, Columbia and Greene counties last year also experienced some of the state’s fastest growth in single-family permitting activity. But the region’s increase in these permits came with a jump in projected residential structure values, according to a Center for Economic Growth (CEG) analysis of new U.S. Census Bureau data.1 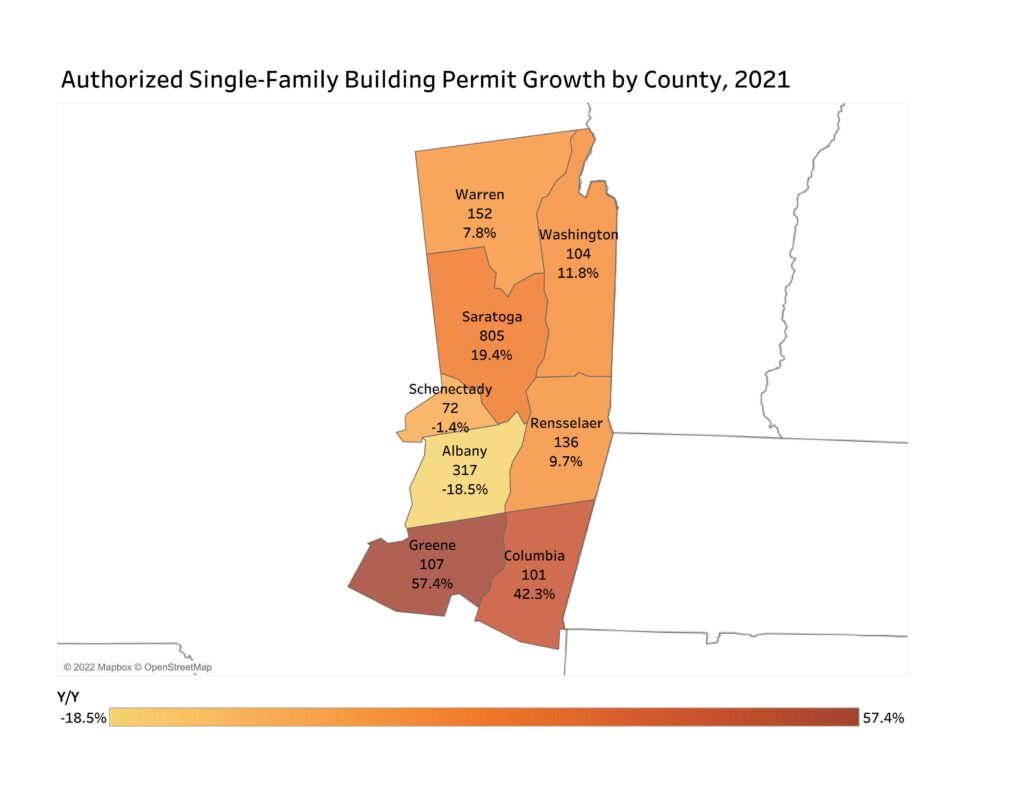 In 2021, municipalities in the eight-county region authorized 1,794 single-family housing units. That marked a 9.9 percent increase from the previous year and the most authorized permits since 2007.  The total estimated value of those authorized residential structures was $531.4 million. That means the average estimated new single-family residential structure value was $296,203. This valuation increased over the year by 10.4 percent – the fastest annual growth rate in eight years. 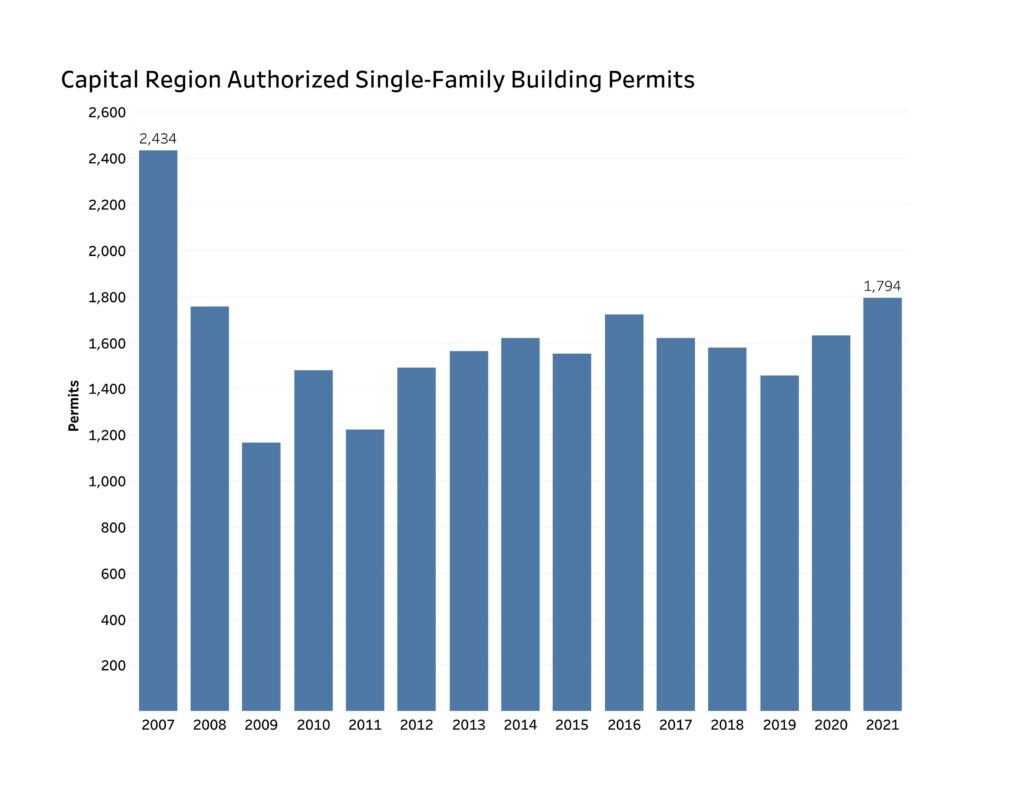 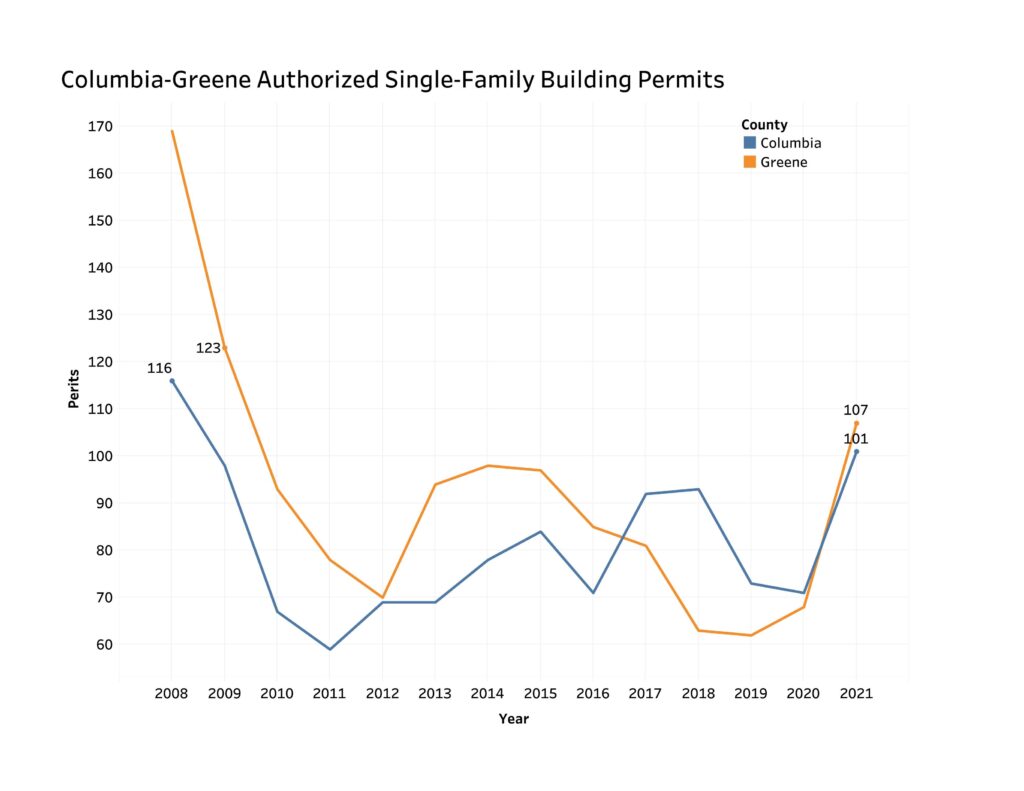 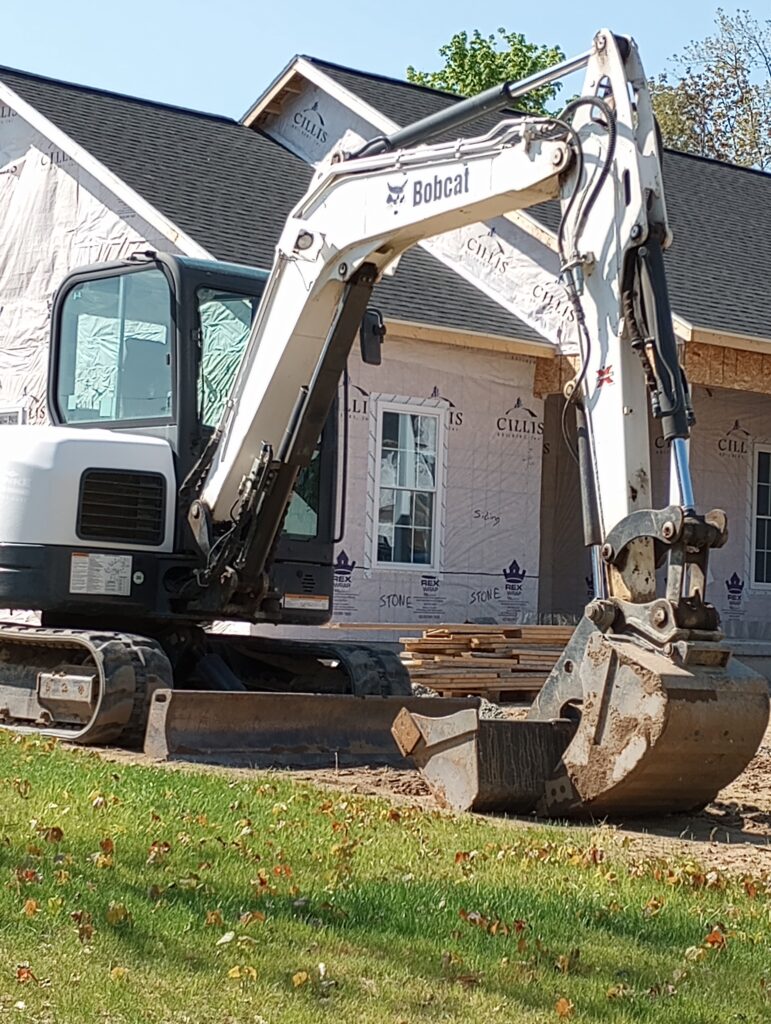 A new home under construction on Donna Drive in Colonie

CEG is working to attract to the region more talent and create even more demand for the region’s new and existing housing stock. CEG launched a talent attraction campaign in April 2021 using the CapNY brand. The talent campaign works collaboratively across target industry sectors and organizations to attract and retain talented, diverse people who want to live in New York’s Capital Region because of its lifestyle and opportunity. The CapNY website – GoCapNY.com – and its associated social media channels are key elements of CEG’s talent campaign, which markets New York’s eight-county, million-resident Capital Region as a destination of choice, specifically highlighting its quality of place. To achieve these objectives, CEG is also targeting out of market social media placements, piloting outreach to universities and colleges to engage students and local companies to engage interns, as well as connecting regional companies and HR professionals to tools for recruitment.

According to the Census Bureau, “These [building permit] numbers provide a general indication of the amount of new housing stock that may have been added to the housing inventory. Since not all permits become actual housing starts and starts lag the permit stage of construction, these numbers do not represent total new construction, but should provide a general indicator on construction activity and the local real estate market.”