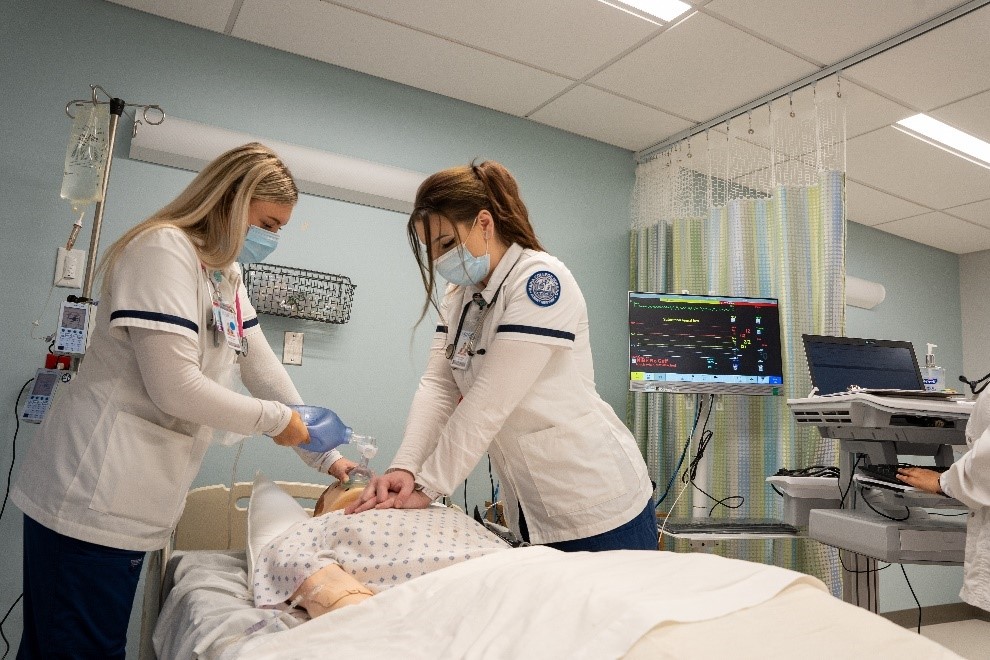 As hospitals throughout the Capital Region face severe shortages of registered nurses and other personnel, local higher education institutions in 2021 awarded their greatest number of RN degrees in more than a decade and their overall output of degrees in health professions and related programs also increased over the year, according to a Center for Economic Growth (CEG) analysis on new statistics from the Integrated Postsecondary Education Data System (IPEDS).

In 2021, 18, traditional colleges and universities in the eight-county region awarded 1,941 degrees in healthcare-related programs, up 2.6 percent from the previous year. That included 666 RN degrees, up 11.2 percent from 2020’s total. Out of those 666 degrees, 513 were associate’s degrees, which enable nurses to practice as RNs – the most in five years. Bachelor’s degrees accounted for 153 of those RN degrees, the most in two years. In New York State, RNs are required to get a bachelor’s degree within 10 years of their initial licensure. When the associate’s and bachelor’s degrees are combined, the region’s RN degree total is the highest it has been in more than a decade. 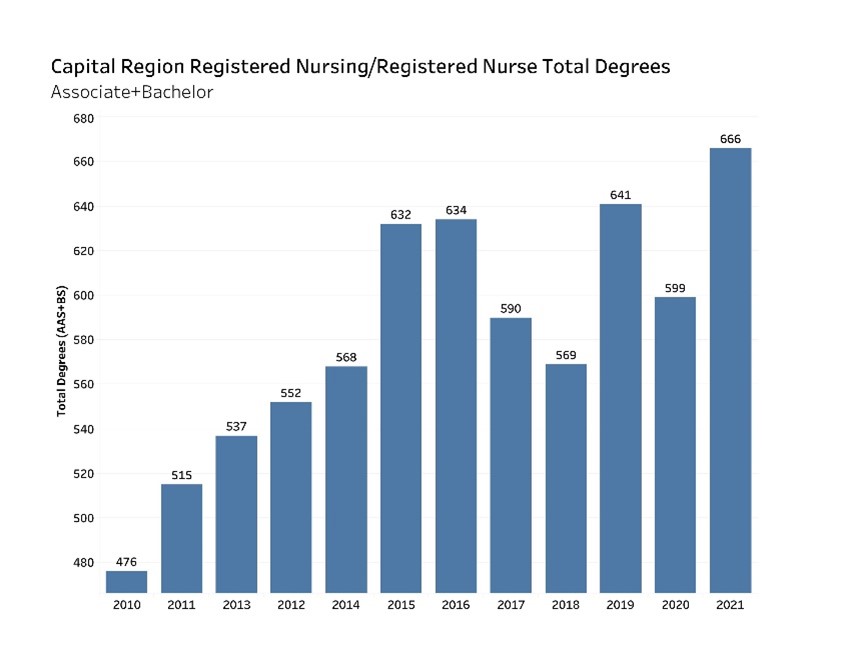 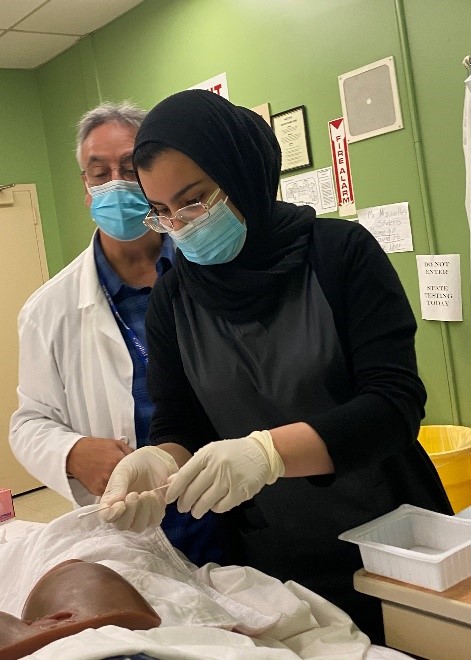 “Maria College is facing the nursing shortage head-on. With some of the highest National Council Licensure Examination pass rates in the state, the Maria College nursing program is one of the largest producers of nursing graduates in the area with nearly 8,000 nursing alumni that statistically work right here in the Capital Region,” said Maria College’s Dean of Nursing Colleen Carmody, EdD, RN, CNS. “Maria is home to state-of-the-art clinical simulation laboratories and highly experienced faculty, producing nursing graduates that are confident and qualified to provide service to our community at a time where it is most needed.”

Other major healthcare related fields that saw more degree awards at traditional institutions included medical assisting services (up 37.9 percent to 80), diagnostic intervention and treatment professions (up 30.4 percent to 150) and rehabilitation and therapeutic professions (up 16.7 to 84). The number of medical doctor (MD) awards declined by 15.5 percent to 125 and pharmacy doctor (PharmaD) awards were down 10 percent to 189.

In 2021, health professions and related programs degree awards at the region’s two remote learning institutions increased by 26.4 percent to 2,137.

Eighteen traditional colleges and universities awarded 3,841 degrees in science, technology, engineering and mathematics (STEM) fields in 2021. Despite gains in the number degrees awarded in biological and biomedical sciences (3.7 percent), computer and information sciences and support services (2 percent), engineering (2.4 percent), engineering technologies (0.5 percent), the region’s STEM total declined by 1.5 percent over the year. The decline was driven by fewer degree awards in physical sciences (-13.6 percent). The region’s 2021 STEM degree award total was above 2019’s total of 3,602.

In 2021, STEM degree awards at the region’s two remote learning institutions declined by 16.8 percent to 758. 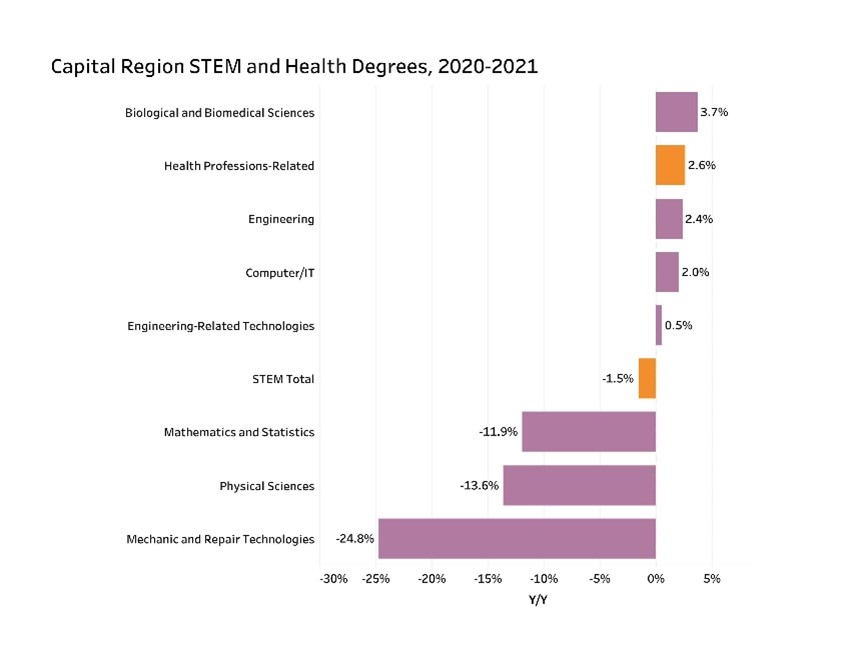