These are the Capital Regions hottest ZIP Codes for Employer Growth 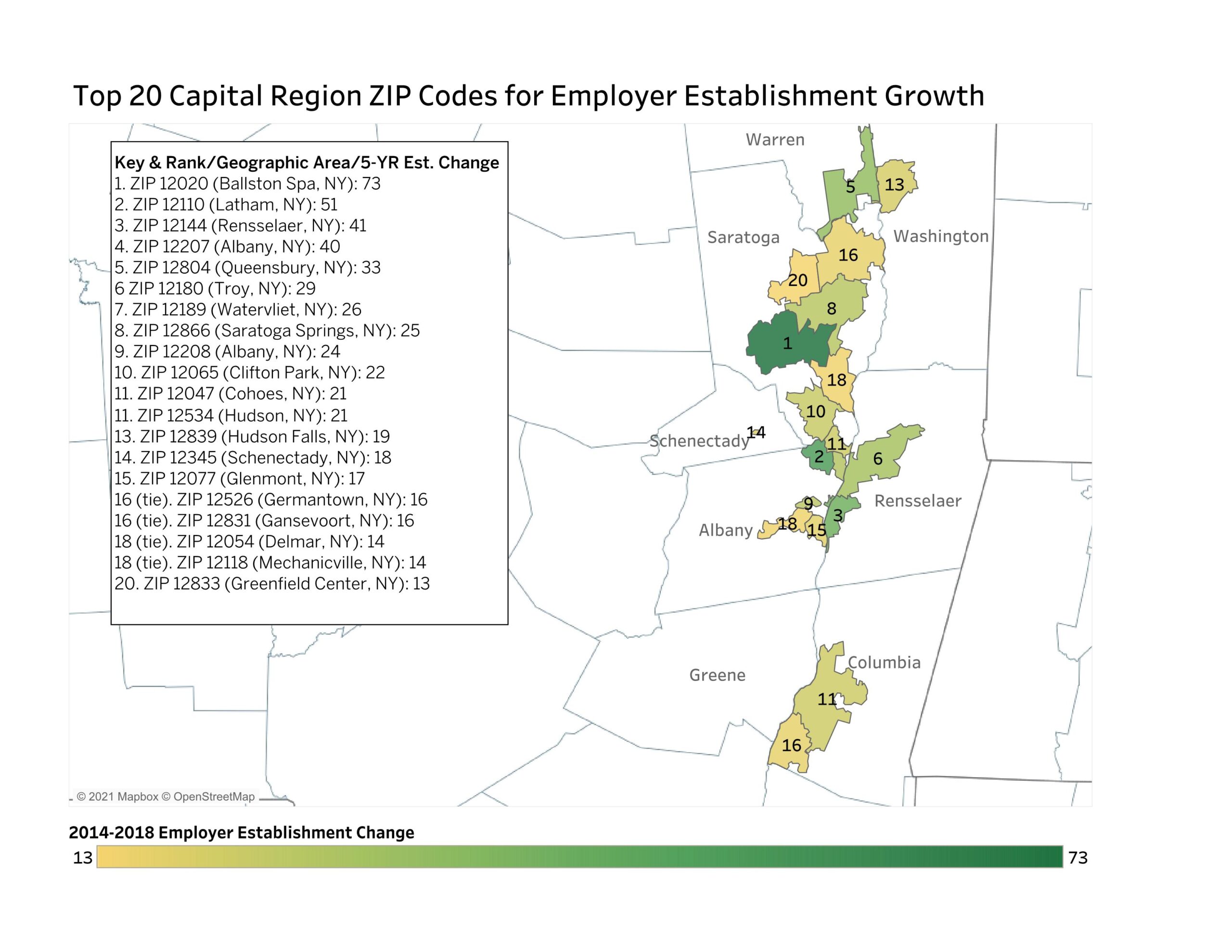 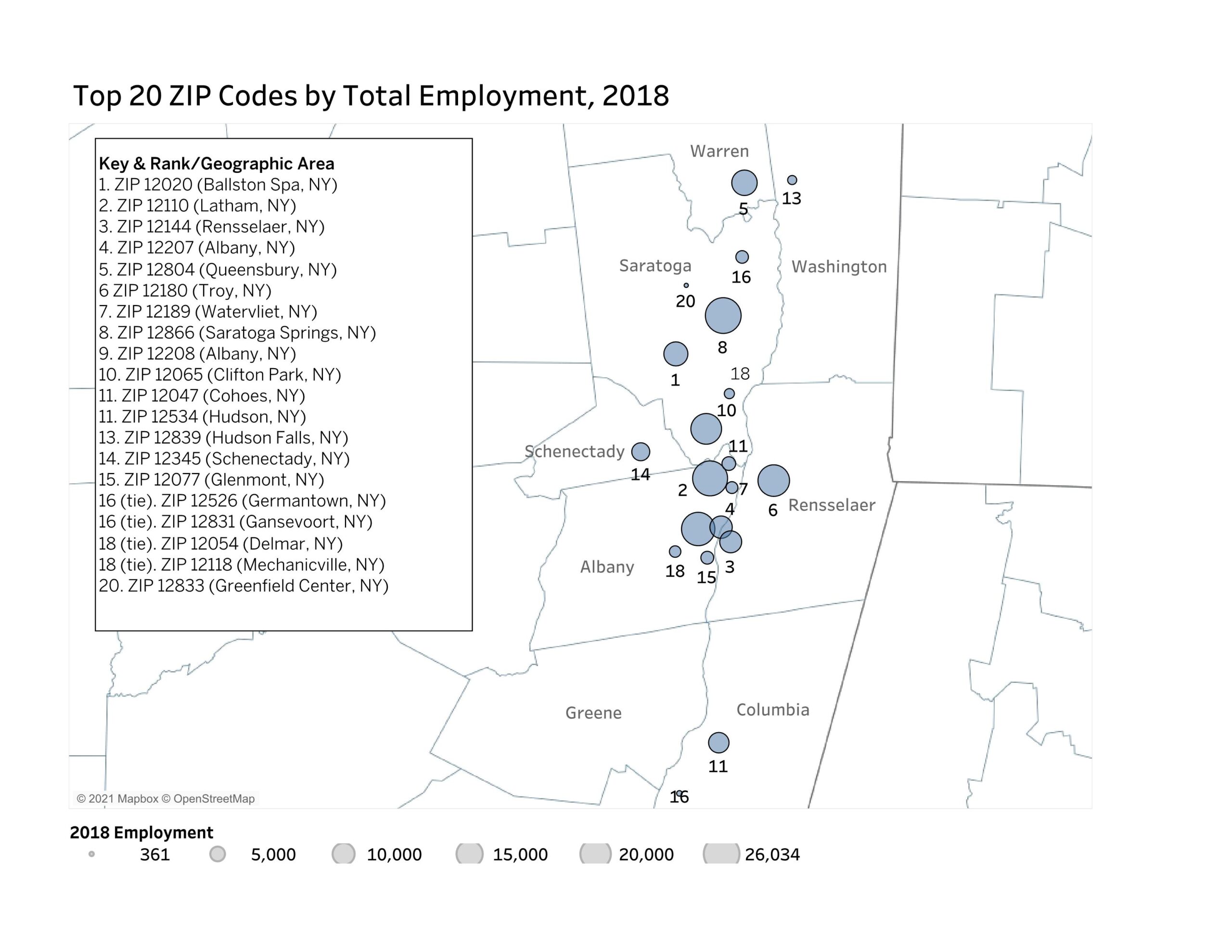 Gaining the most employer establishments did not necessarily translate into gaining the most jobs. Among the top 20 ZIP codes for employer establishment growth, the one with the largest net employment gain was the 12144 in Rensselaer-East Greenbush at 1,973. Likely driving up this job count was Regeneron Pharmaceuticals. Clifton Park’s 12065 ZIP code had the second-largest employment gain at 1,959. 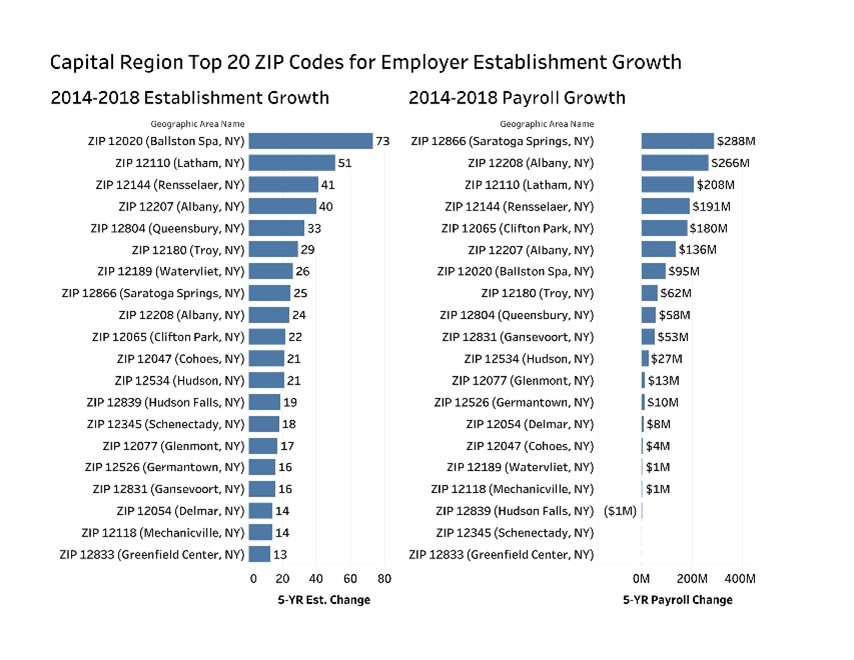 As a regional technology center under the New York Manufacturing Extension Partnership program, CEG’s Business Growth Solutions (BGS) unit offers a menu of support services for entrepreneurs. These include improving access to facilities, prototyping support with 3D printer services, and identifying potential investors, mentors, and resources. BGS also provides opportunities for startups to showcase business ideas through programs such as VentureB and the New York State High School Business Model Competition. CEG has supported the formation and growth of local minority and women-owned business enterprises (MWBEs) and disadvantaged small businesses by awarding 41 of them a total $200,000 through the KeyBank Business Boost & Build (KBBB), powered by JumpStart. Chamber support services for entrepreneurs include, loan programs, entrepreneur boot camps and an MWBE program.