Faced with slowing international migration and a widening gap between births and deaths, the Capital Region sustained a slight annual population decline in 2020 – the smallest in the state. However, at the same time, the region housed the state’s fastest-growing county and three of New York’s seven counties that had domestic migration gains, according to a Center for Economic Growth (CEG) analysis of U.S. Census Bureau estimates. 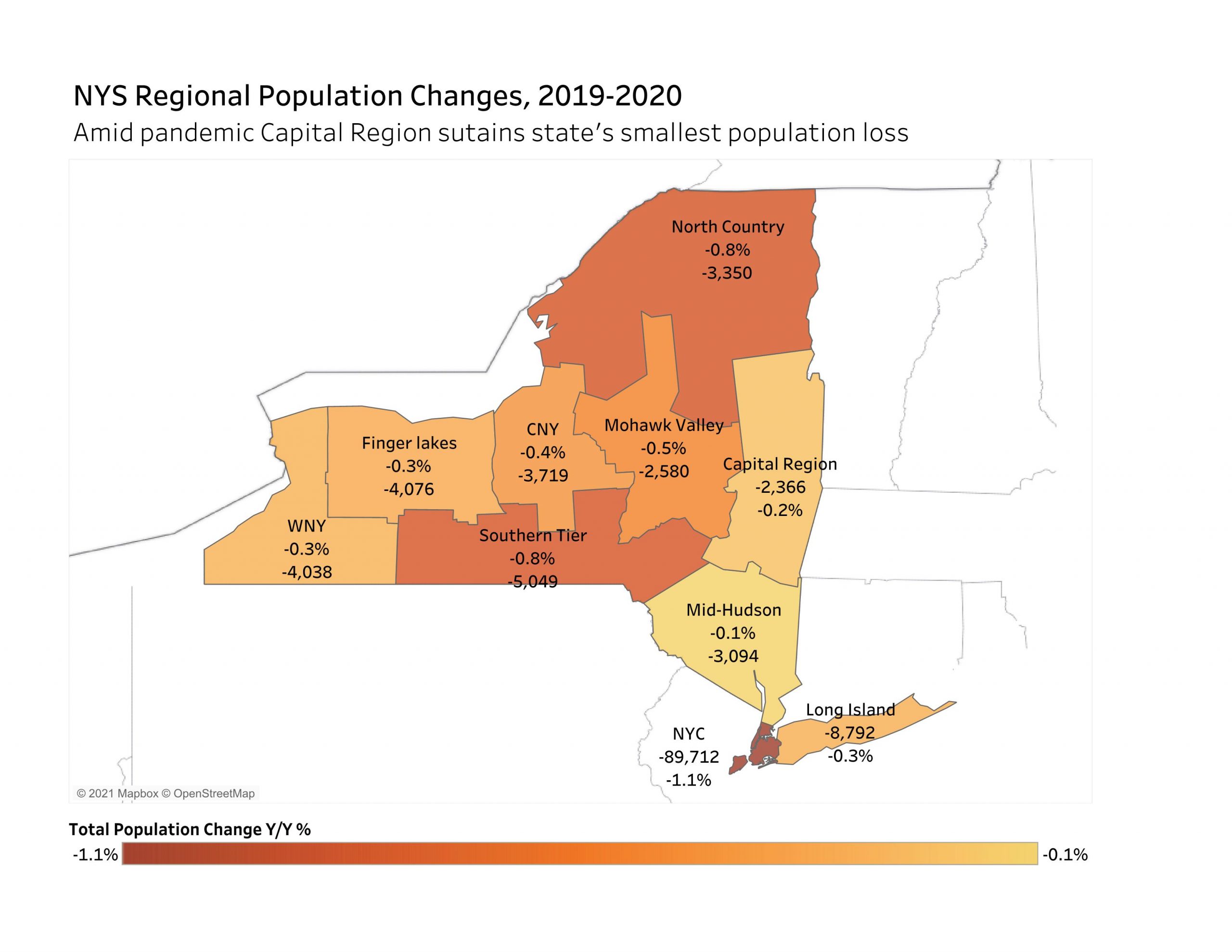 The eight-county region had an estimated population of 1,078,491 as of July 1, 2020. That marked a decline of -2,366, or -0.2 percent, compared to a year earlier. Among New York’s 10 economic development regions, the Capital Region had the smallest population loss, while the New York City region had the largest at -89,712. In the Capital Region, Saratoga County was the only county to see a population gain of 663, or 0.3 percent. That was largest population gain in the state and the second-fastest growth rate. Albany County had the region’s largest population loss of -1,098, which was the 14th largest in the state. 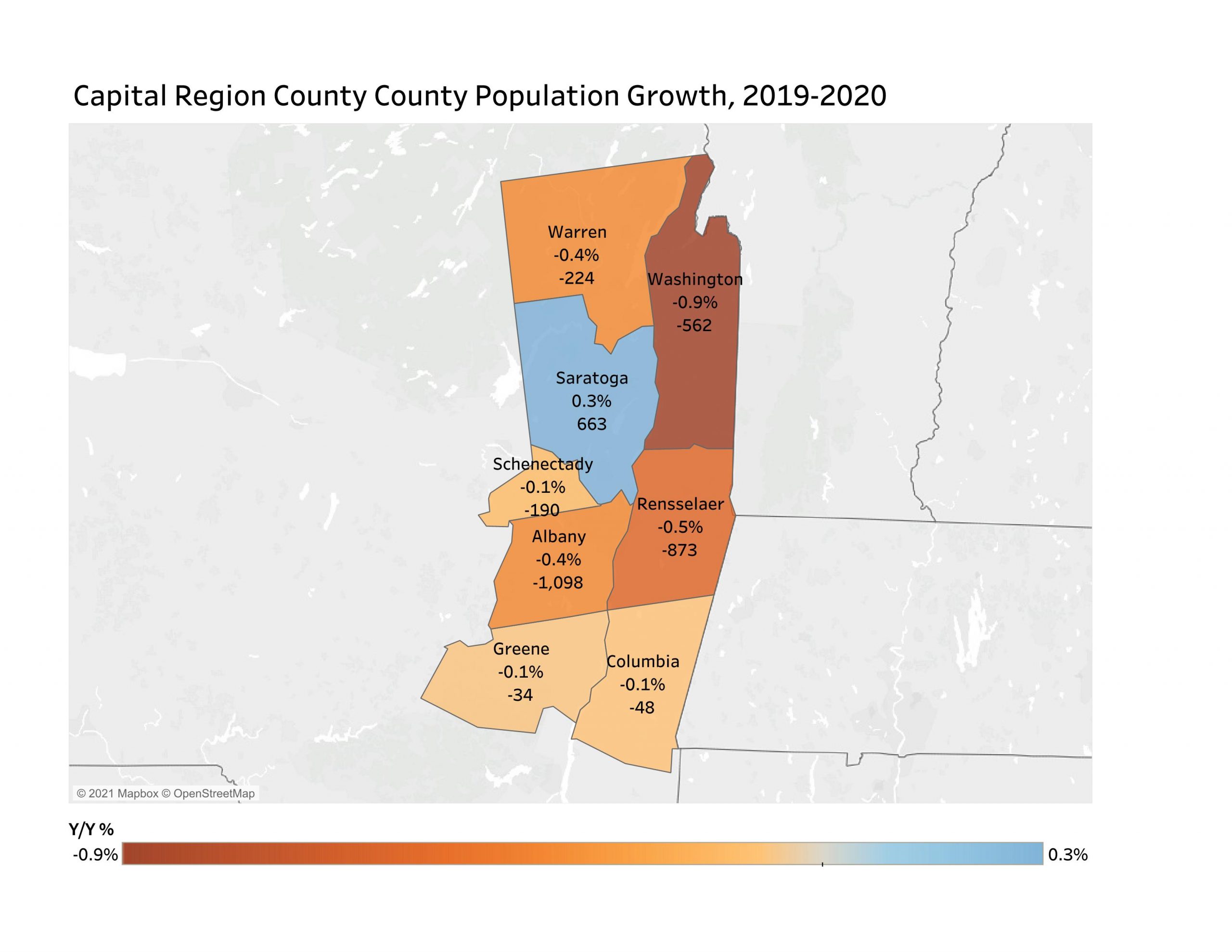 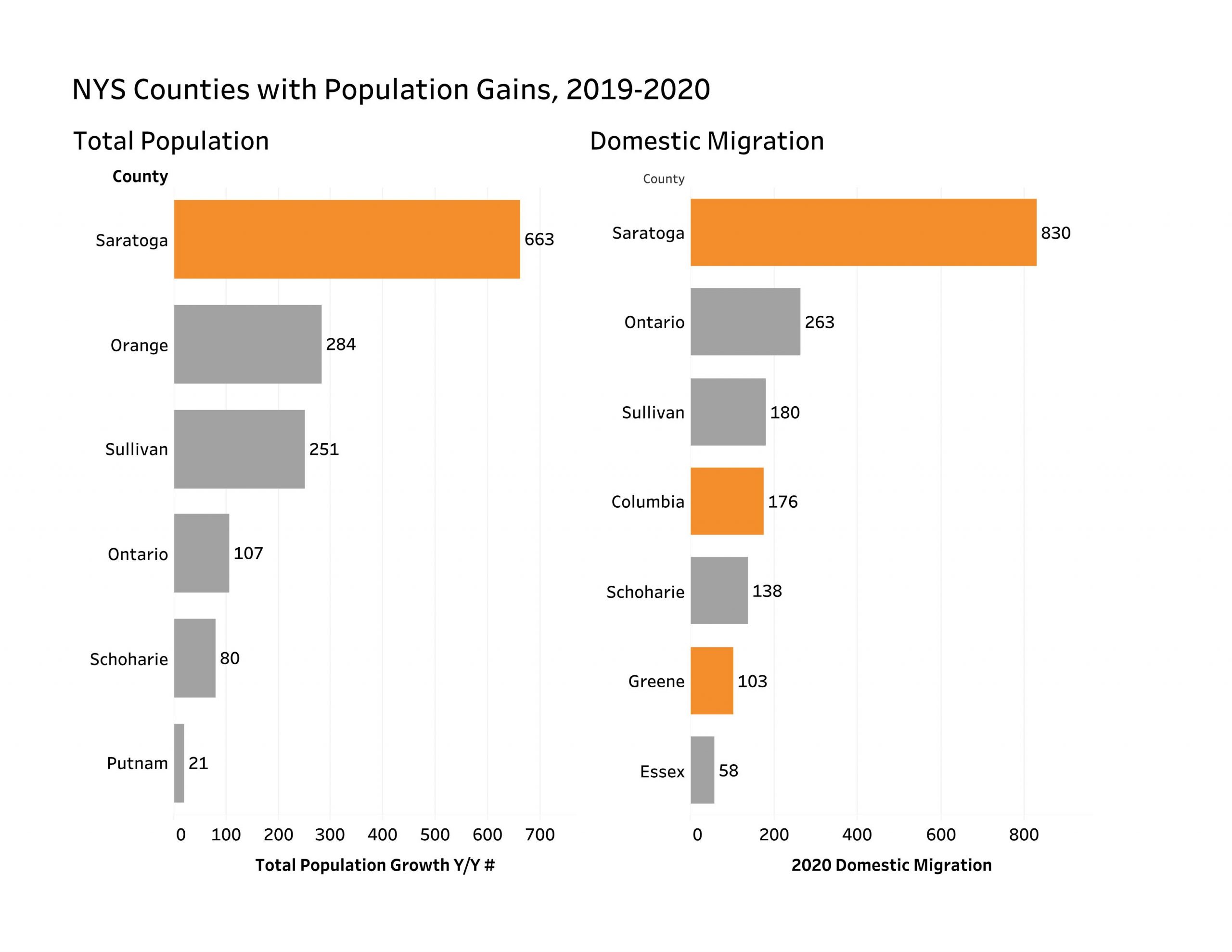 Several other factors played into the region’s population decline. For example, international migration also fell to 921 – its lowest level since the 481 recorded in 2010. Births fell to the decade’s lowest level (10,179) and deaths climbed to the decade’s highest level (11,265). That resulted in a natural growth of -1,086, compared to the 10-year average of 556. As of July 1, 2020, only 295 Capital Region residents had died from COVID-19, or 2.6 percent of those 2020 deaths, according to New York State Department of Health statistics.