The Capital Region’s ability to attract higher-earning taxpayers helped offset a small contraction in its base of individual income tax filers in 2019, resulting in an annual net gain of wealth, as measured by adjusted gross income (AGI), according to a Center for Economic Growth analysis of new Internal Revenue Service migration data. 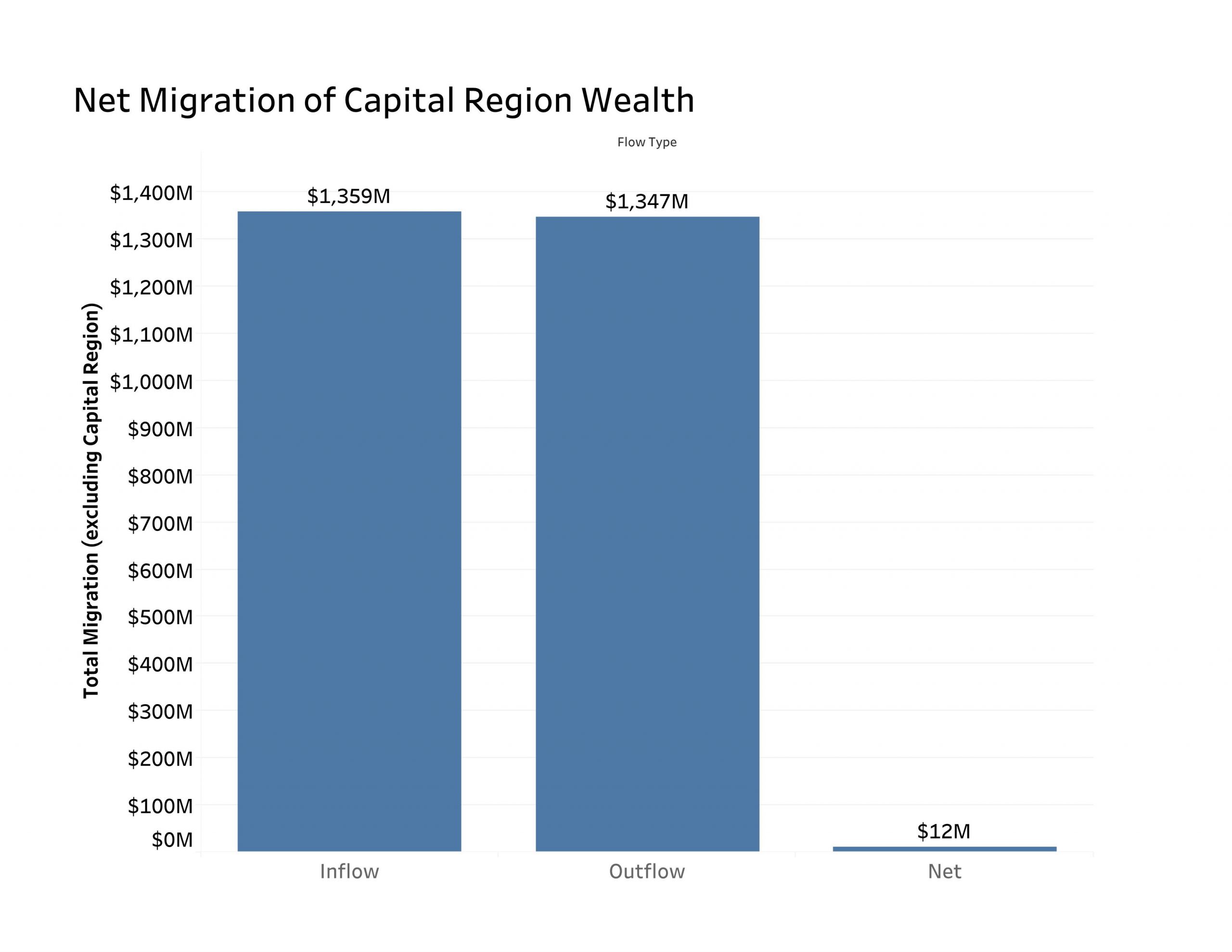 In 2019, 29,458 individual income tax returns1 were filed with the IRS by tax filers in the Capital Region but who had a different address a year earlier. More than half (15,242) of that migration consisted of Capital Region taxpayers who relocated within the eight-county region. Excluding this intra-region migration, the Capital Region’s inflow of new tax returns totaled 14,306 with an AGI of $1.36 billion.

During the same period and excluding the intra-regional migration, 15,909 returns were filed by tax pay filers who  had lived in the region in 2018 but had moved out of it in 2019. This out-of-region outflow migration accounted for $1.35 billion in AGI. As a result, the region’s net inflow of tax returns was -1,603, but its AGI net inflow was $12.1 million.

The Capital Region gained nearly 45 percent ($612.3 million) of its new wealth (AGI) from New Yok counties outside of its borders, and 55 percent ($747 million) from other states. Within New York, the counties that sent the most wealth to the region were New York ($170 million), Kings ($30 million) and Queens ($26.2 million) counties. The leading non-New York inflow counties to send wealth to the region were Palm Beach County in Florida ($14.1 million), Fairfield County in Connecticut ($8.6 million) and Middlesex County in Massachusetts ($7.1 million).

Within New York, the Capital Region lost the most wealth to New York ($35.8 million), Kings ($16.5 million) and Fulton ($13.2 million) counties. Outside New York, the region lost the most wealth to Middlesex County in Massachusetts ($16.2 million), Maricopa County in Arizona ($14.4 million) and Palm Beach County in Florida ($14.4 million). Among U.S. regions, the South accounted for the largest inflow of wealth ($2.7 million) but also its largest outflow ($4.1 million). 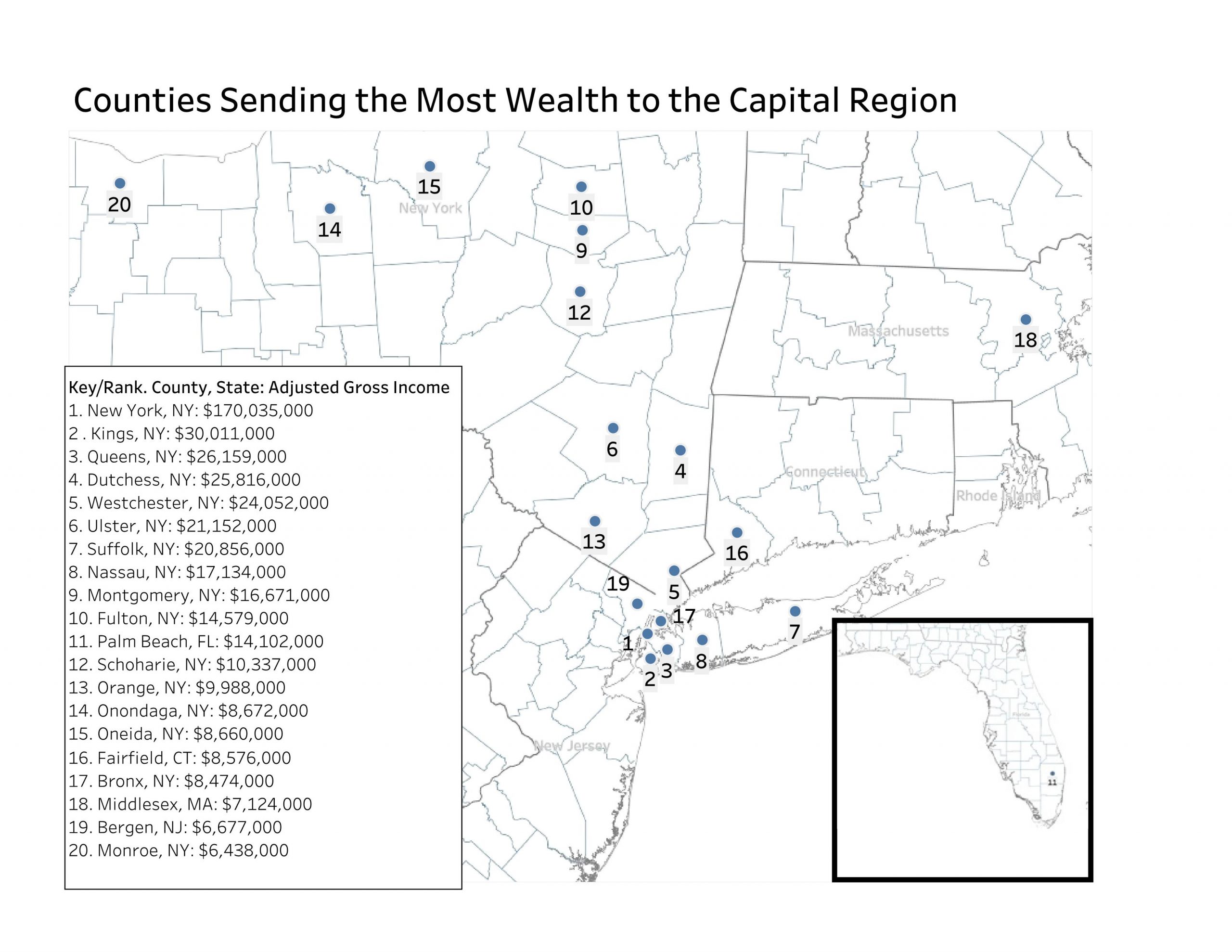