The number of taxpayers annually moving to the Capital Region from New York City’s three largest boroughs nearly tripled during the first year of the pandemic in 2020, and the amount of adjusted gross income (AGI) they brought with them almost doubled, according to a center for Economic Growth analysis of new IRS data. 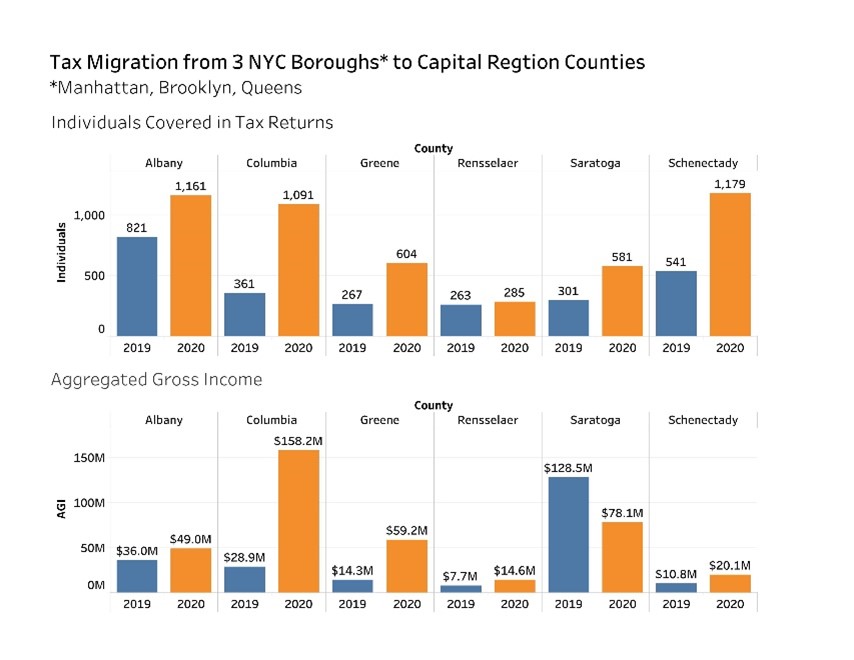 1 According to the IRS: “Migration data are based on the population of Forms 1040 that were filed and processed by the IRS during calendar years 2019 and 2020. In addition, tax year 2019 paper returns were included up until mid-July of 2021 because of processing delays due to the COVID-19 pandemic.”