Amid the pandemic and as a transformative redevelopment project neared completion on Starbuck Island, Green Island emerged as New York’s fastest-growing town and village in 2020. Three more towns and three more villages from the Capital Region also ranked among state state’s fastest-growing communities, according to a Center for Economic Growth of new U.S. Census Bureau estimates.

As of July 1, 2020, Green Island, which is both a town and village had a population of 2,879, up 258 or 9.8 percent from the previous year. Driving that growth was Starbuck Island. In 2017, the Capital Region Economic Development Council helped secure $1.8 million in Empire State Development funding for the revitalize a contaminated oil storage and distribution terminal site into a sustainable waterfront community.

Construction on the 267-unit Starbuck Island started in early 2019, and it opened in phases. First to open was the 55-plus luxury apartment building at 15 Starbuck Dr. in fall 2019, followed by 25 Starbuck Dr in March 2020 and 20 Starbuck Dr. and 30 Starbuck Dr. earlier this year. 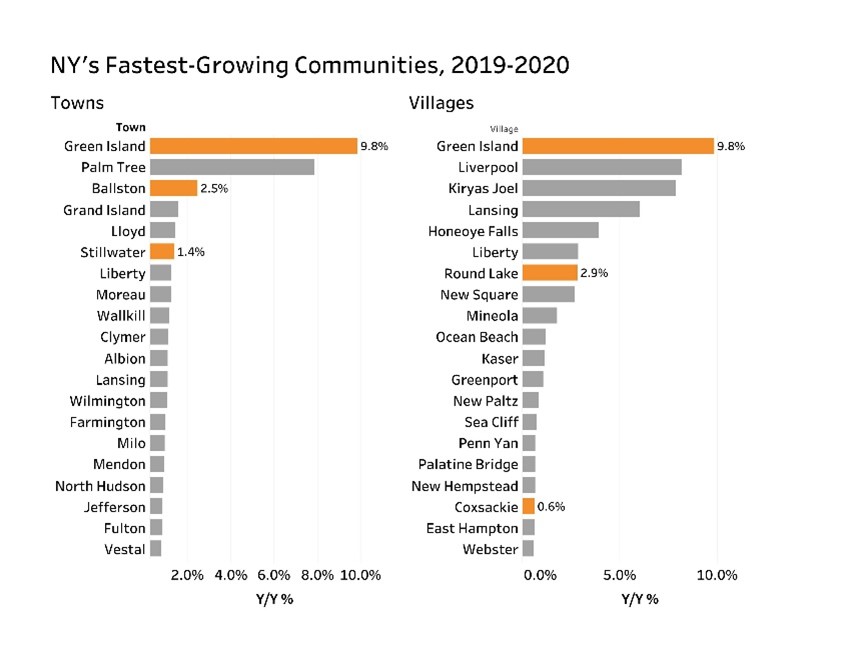