The Capital Region’s leading source of new young adults is the New York City Commuting Zone (CZ), but the region loses almost as many as it gains from that area. That makes the Poughkeepsie CZ the Capital Region’s top young adult net gain driver, according to a Center for Economic Growth analysis of new pre-pandemic migration data from the U.S. Census Bureau and Harvard University.

A Census-Harvard study analyzed survey and tax data for people born between 1984 and 1992 and followed their migration from where they lived during childhood at 16 years old and young adulthood at 26 years old, covering a migration period between 2010 and 2018. The data shows that the average young adult who moved to the Albany CZ, which is comprised of the eight-county Capital Region plus Schoharie County, came from an area about 97 miles for their job, compared to the national average of 181 miles. Three quarters (75 percent) of the young adults living in the Albany CZ also grew up in it. 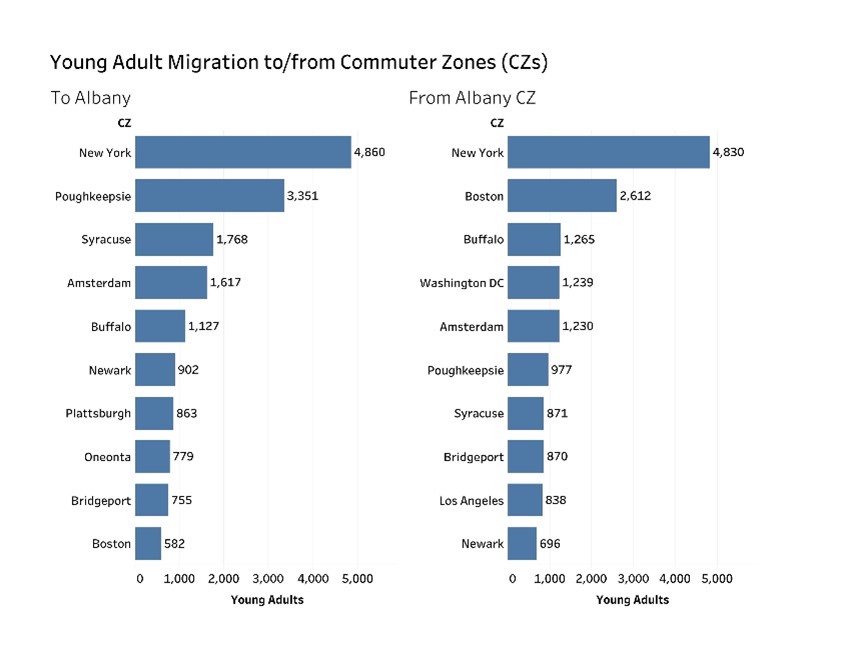 The Albany CZ attracted 3,351 young adults from the Poughkeepsie CZ but sent to it only 977, resulting in a net gain of 2,734. The Poughkeepsie CZ includes Orange, Sullivan, Dutchess and Ulster counties. The other leading CZs driving young adult net gains in the Albany CZ are the Syracuse (897), Oneonta (394) and Amsterdam (387) CZs. Outside of New York, the CZs contributing to the largest young adult net gains in the Albany CZ were the Newark (206) and Toms River (49) CZs in central New Jersey and the Erie CZ (52) in eastern Pennsylvania. 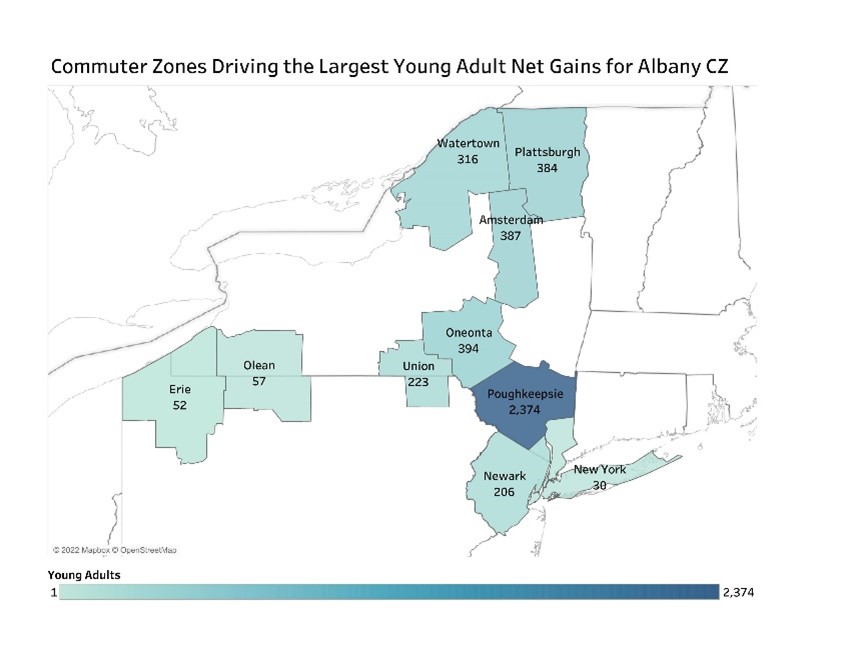