Startup formation throughout upstate New York has been second strongest in the Capital Region, according to a Center for Economic Growth analysis of data from U.S. Census Bureau Business Dynamics Statistics. 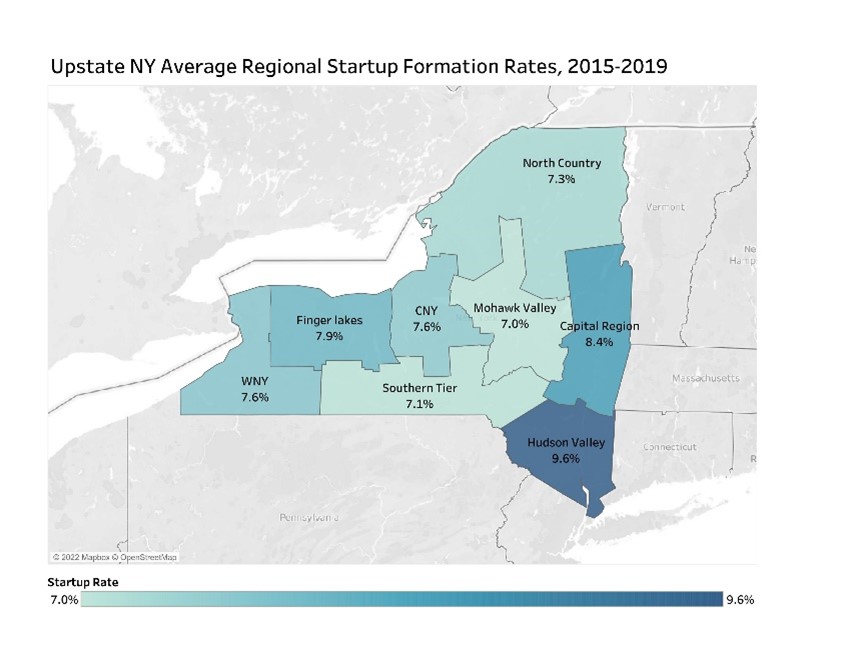 Between 2015 and 2019, the eight-county Capital Region averaged 2,067 annual employer establishment births, or 8.4 percent or all employer establishments.1 At 9.6 percent, the Hudson Valley was upstate’s only Regional Economic Development Council (REDC) region with a higher startup formation rate. During the five-year period, Columbia and Rensselaer counties averaged the fourth and fifth highest startup formation rates at 9.4 percent and 9.3 percent, respectively. 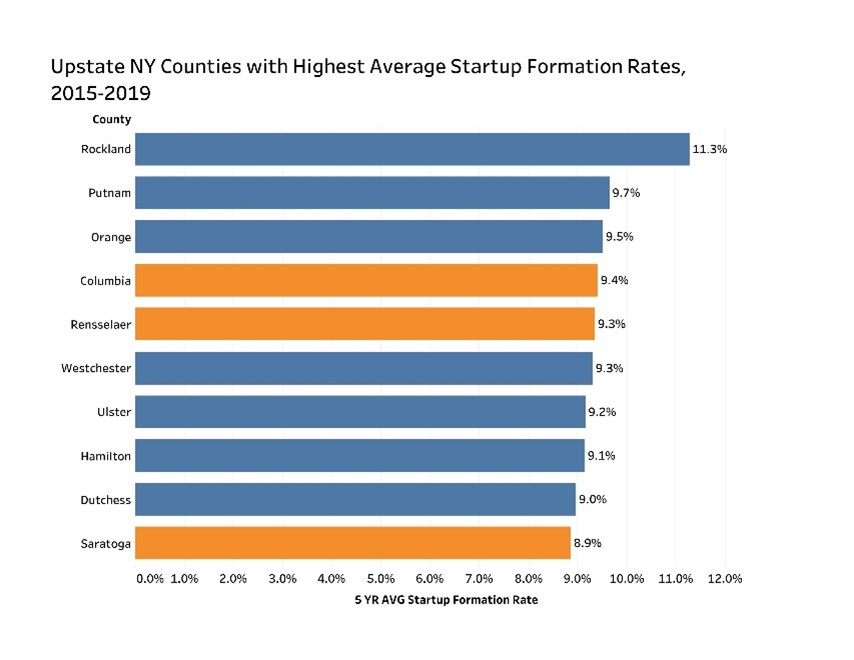 In 2019, more than half of the Capital Region’s startups were in four sectors: accommodation and food services (284); construction (264); professional, scientific, and technical services (249); and retail trade (223). The sector with the highest startup formation rate in half of the Capital Region’s counties was real estate and rental and leasing (Greene, Saratoga, Warren, Washington), followed by transportation and warehousing (Albany, Schenectady). Rensselaer County’s top startup formation sector was healthcare and social assistance, and Columbia County’s was agriculture. 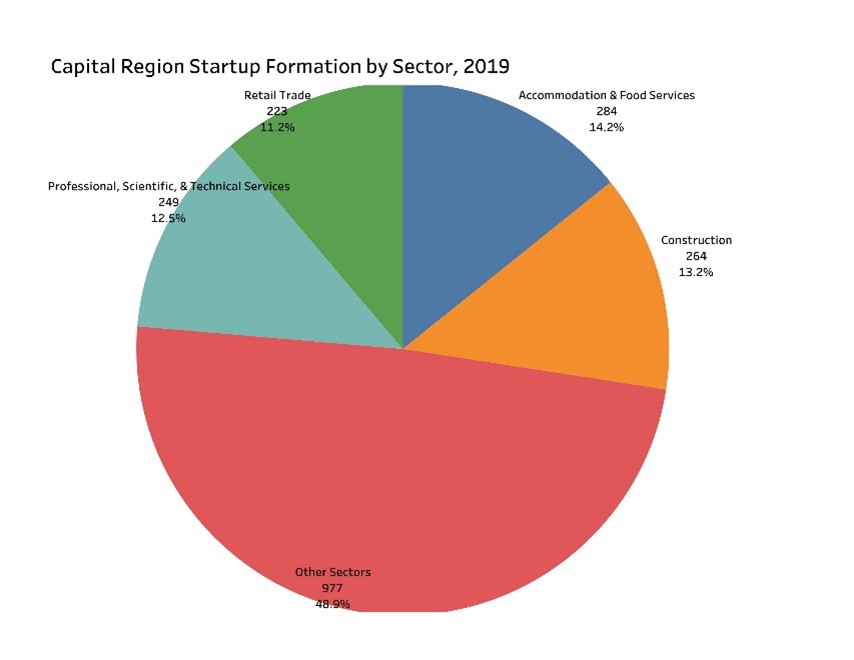 As a regional technology center under the New York Manufacturing Extension Partnership program, CEG’s Business Growth Solutions (BGS) unit offers a menu of support services for entrepreneurs. CEG is also an operational partner of Innovate518, a collaborative effort managed by the University at Albany of incubators and accelerators and co-working spaces.

On April 20, CEG BGS will host a VentureB pitch event and it is preparing to host a VentureB Innovation Series, which will feature four consecutive workshops for startups/entrepreneurs. CEG is also an affiliate of the Capital Region Chamber, which provides support services for entrepreneurs include, loan programs, entrepreneur boot camps and an MWBE program. The Chamber’s spring boot camp is ongoing and the fall boot camp will start in September.