Prior to the pandemic, the Capital Region’s gig economy was expanding. In fact, Greene, Schenectady and Columbia counties were among New York’s fastest-growing counties for nonemployer establishments, according to a Center for Economic Growth (CEG) analysis of new U.S. Census Bureau data.

In 2019, the eight-county Capital Region had 75,148 nonemployer establishments, which are businesses with at least $1,000 in receipts, with no paid employees or payroll, and are subject to federal income tax. These businesses include independent contractors and freelancers, among others. Those nonemployer establishment had a total $3.46 billion in receipts, up 3.2 percent from the prior year. 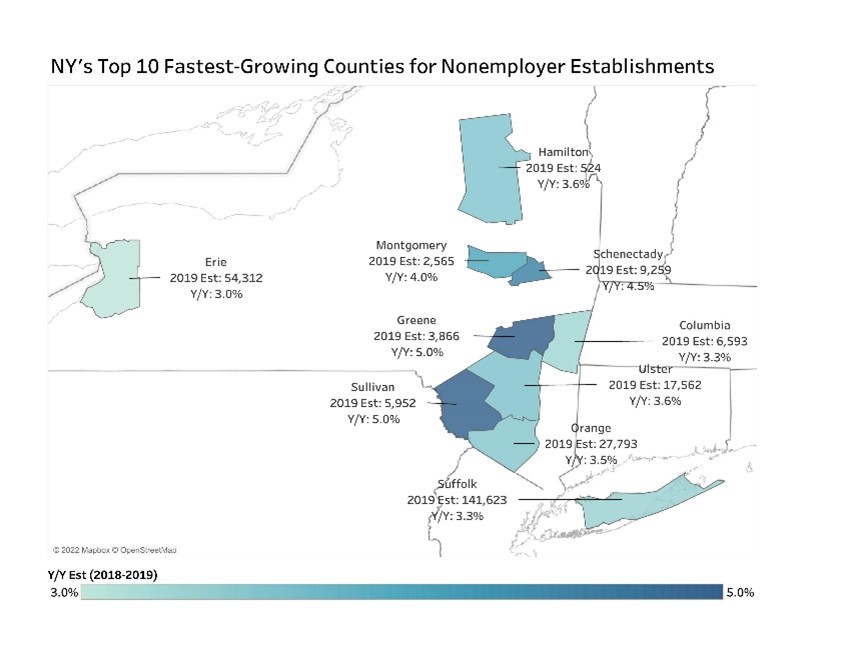 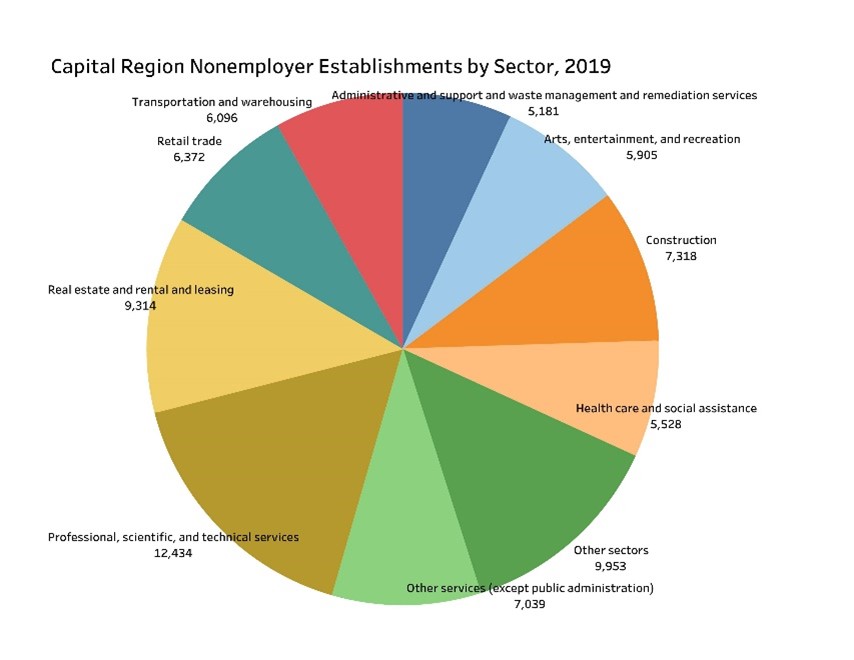 The sectors that saw the most nonemployer establishment growth over the year were transportation and warehousing (18.9 percent), educational services (13.6 percent) and information (11.6 percent). 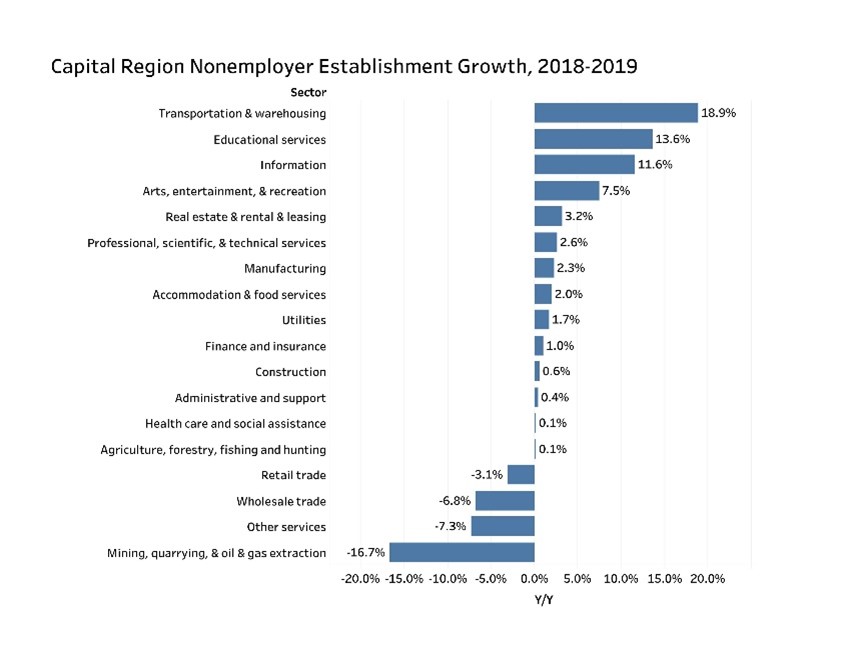 CEG provides a menu of startup support services, including pitch coaching through its VentureB series, hands-on educational workshops for entrepreneurs through the VentureB Entrepreneurship Workshop Series, Grant & Loan Assistance, help identifying potential mentors and investors, and  assistance gaining access to research labs and other facilities. CEG is also an affiliate of the Capital Region Chamber, which provides support services for entrepreneurs include, loan programs, entrepreneur boot camps and an MWBE program.