The Capital Region emerged as the only one of New York’s 10 economic development regions to see growth in total annual wages in 2020. The Capital Region also sustained the smallest percentage of job losses in the state last year. Even more, Rensselaer County’s wage growth was the strongest in the Northeast, according to a Center for Economic Growth (CEG) analysis of preliminary data from the U.S. Bureau of Labor Statistics. 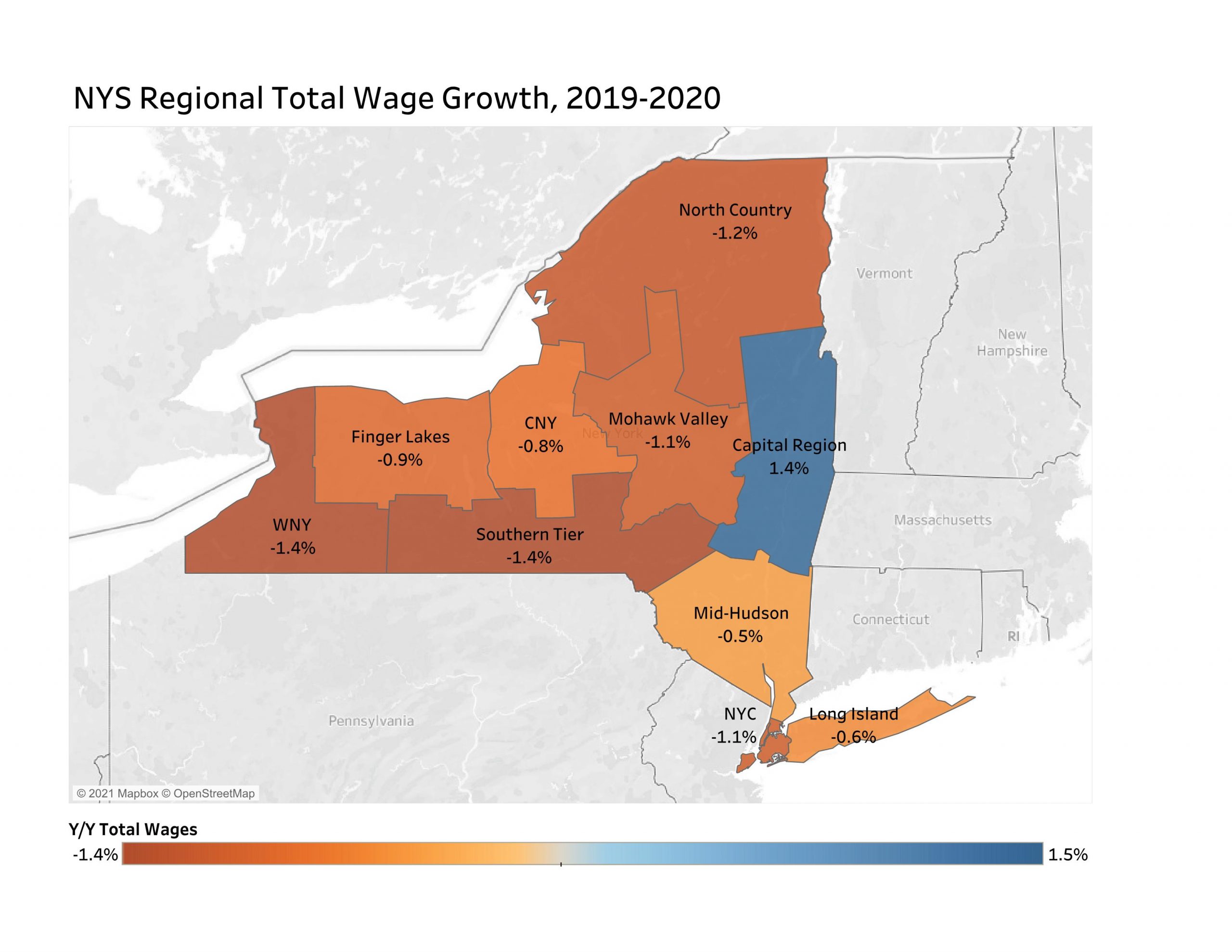 Despite heavy job losses in 2020, total wages in the Capital Region increased over the year by $418.3 million (1.4 percent) to $29.8 billion. That wage growth rate was just below the national average of 1.5 percent, but no other region in the state saw any increase in total annual wages. In the Capital Region, the leisure and hospitality sector sustained the largest decline in total wages:  -$303.6 million. But that was offset by a massive $324.5 million gain in manufacturing wages, as well as other gains of $102.3 million in finance and insurance and $91.4 million in health care and social assistance. 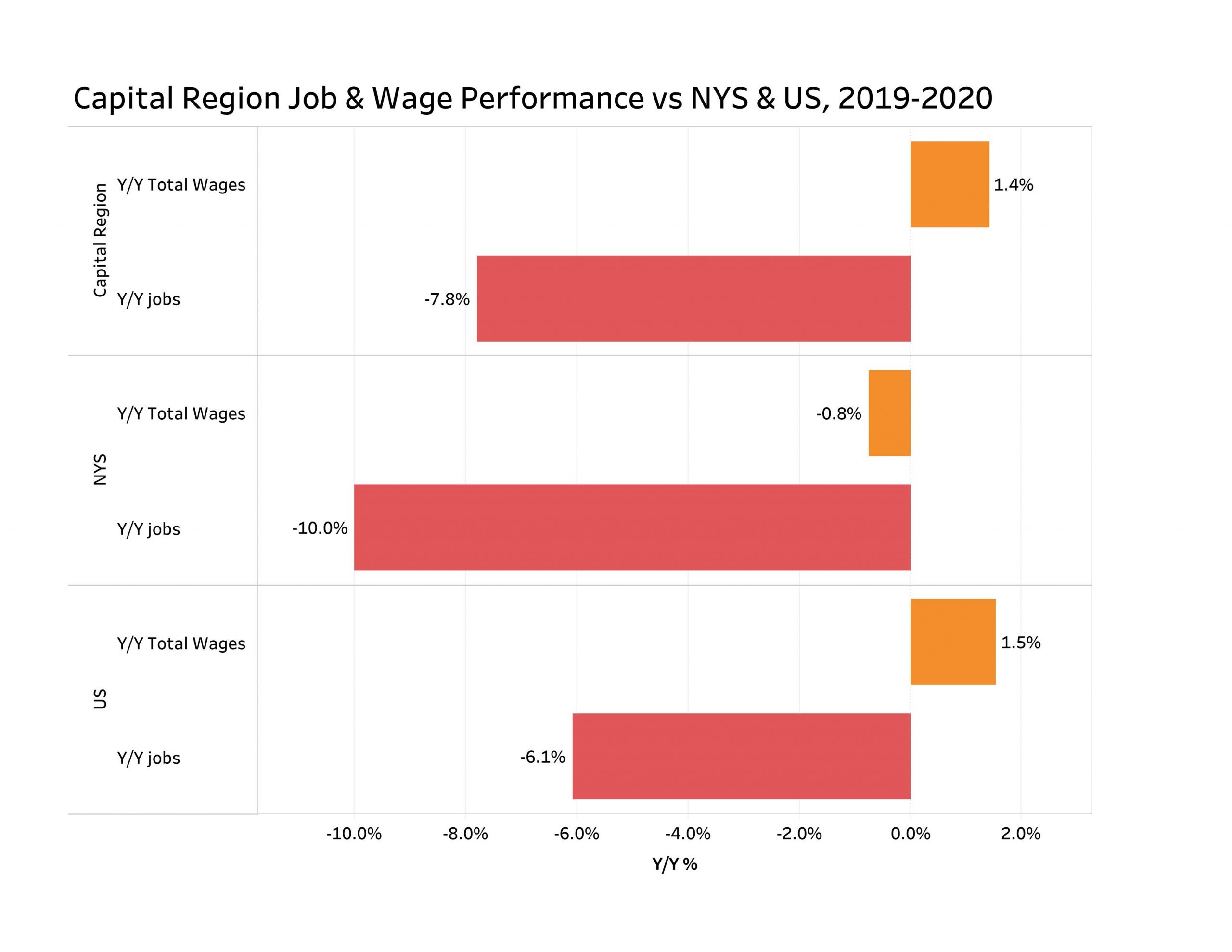 Rensselaer County’s total annual wage growth rate of 10.8 percent was the highest in the Northeast, with Rhode Island’s Washington County 4.8 percent growth rate coming in a distant second. Rensselaer County’s wage growth was driven by the manufacturing sector, which includes Regeneron Pharmaceuticals in East Greenbush, and the information sector, which includes software companies such as Velan Studios in Troy. Over the year, manufacturing total wages increased by $271.3 million (60.2 percent) and information total wages rose by $31 million (54.2 percent). In 2020, Regeneron developed a groundbreaking COVID-19 antibody cocktail that was produced at its East Greenbush manufacturing facility. At the same time, Regeneron has been developing an $800 million second campus in town that will employ 1,500. Velan last year also debuted its first game: Nintendo’s Mario Kart Live: Home Circuit. 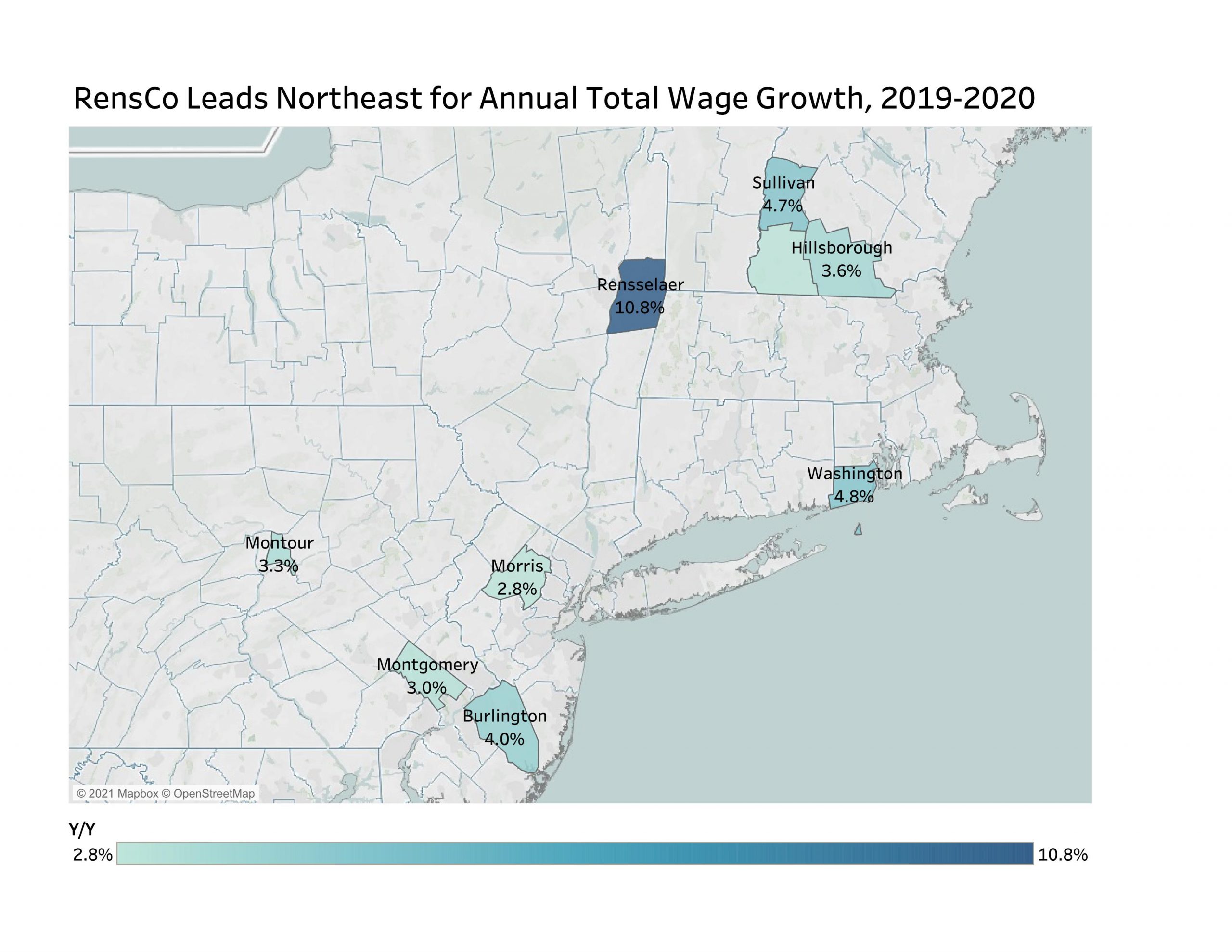 The eight-county region’s annual average employment for all industries was 487,95, down 41,245 or 8.8 percent from the previous year. While that job loss rate was below the national average of 6.1 percent, it was lower than any other economic development region in the state. The New York City region had the highest loss rate of 11.1 percent.