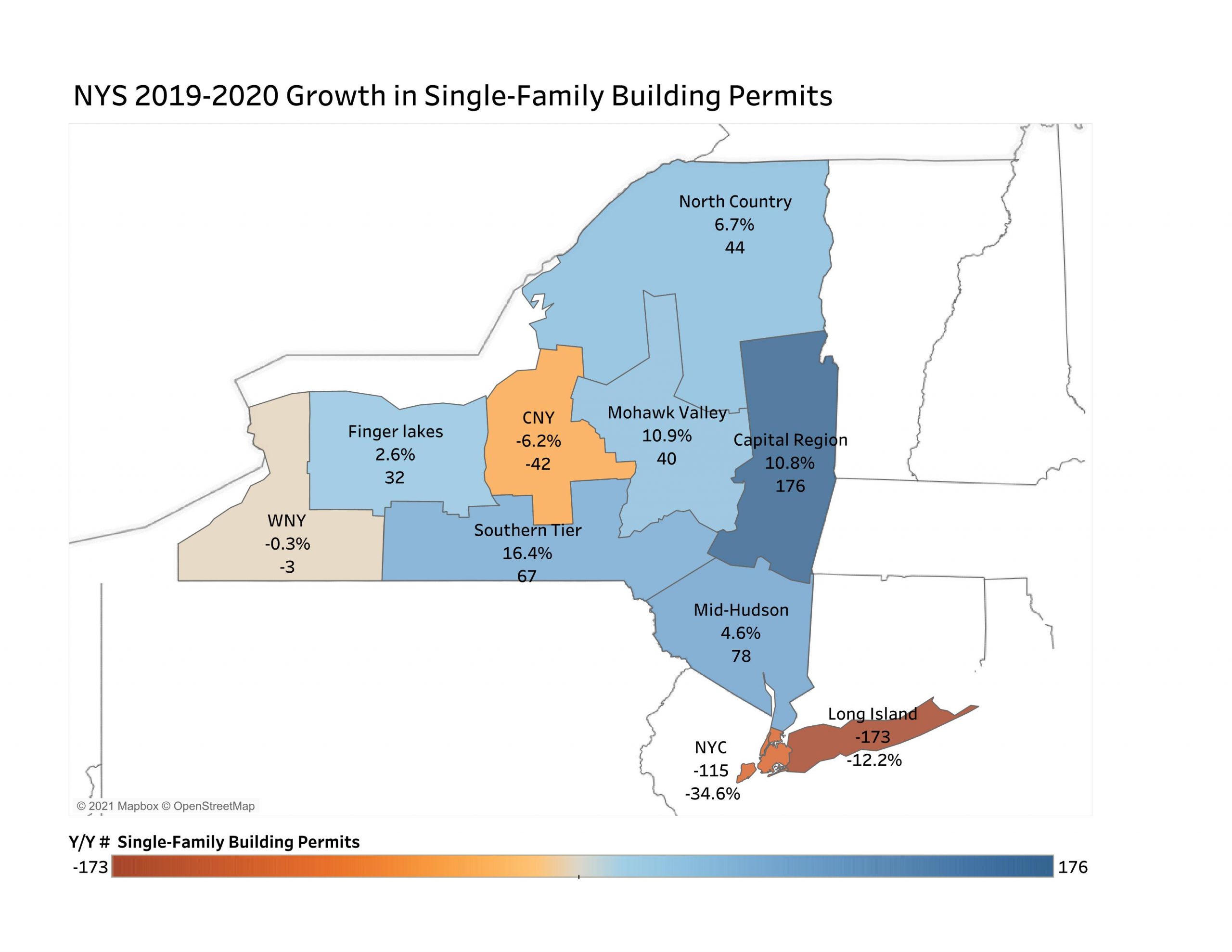 Driven by Albany County, Capital Region municipalities authorized a total 1,633 single-family building permits in 2020. That was a 10.8 percent annual increase and the most authorized in four years. The region’s single-family annual increase of 176 units was nearly three times bigger than any other economic development region in the state, with the Southern Tier ranking second with 67 more permits over the year. Long Island saw its total number of single-family permits decline by 173 – the most in the state. 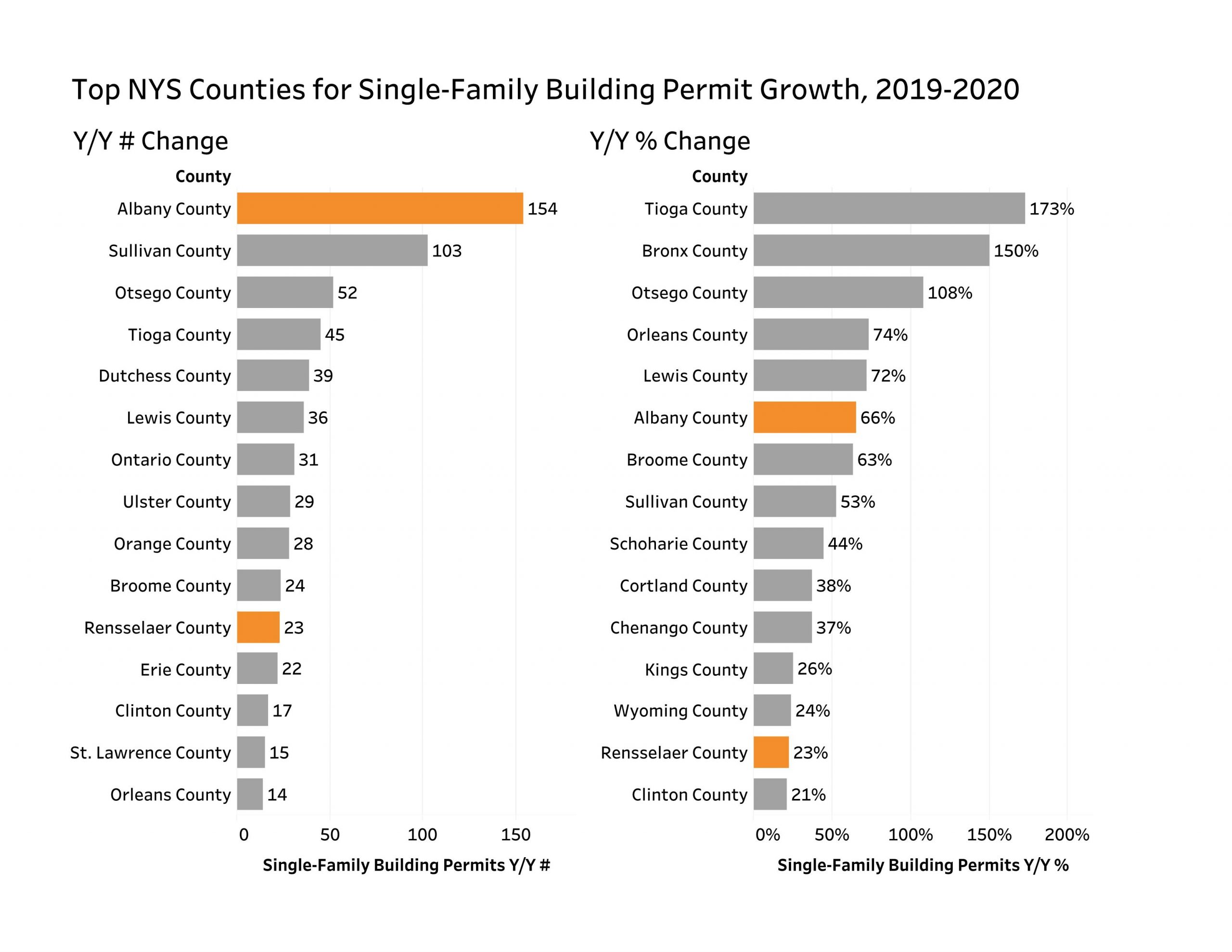 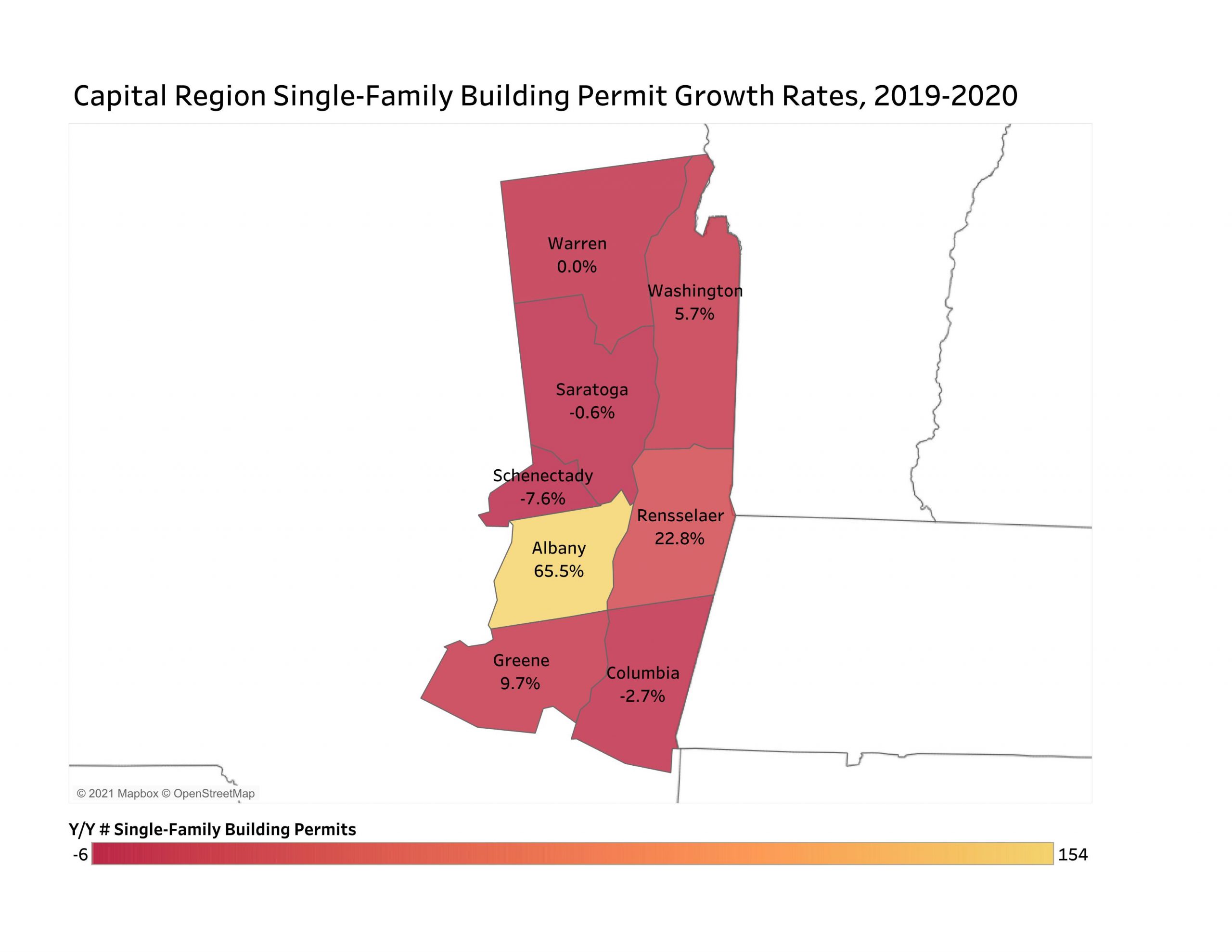 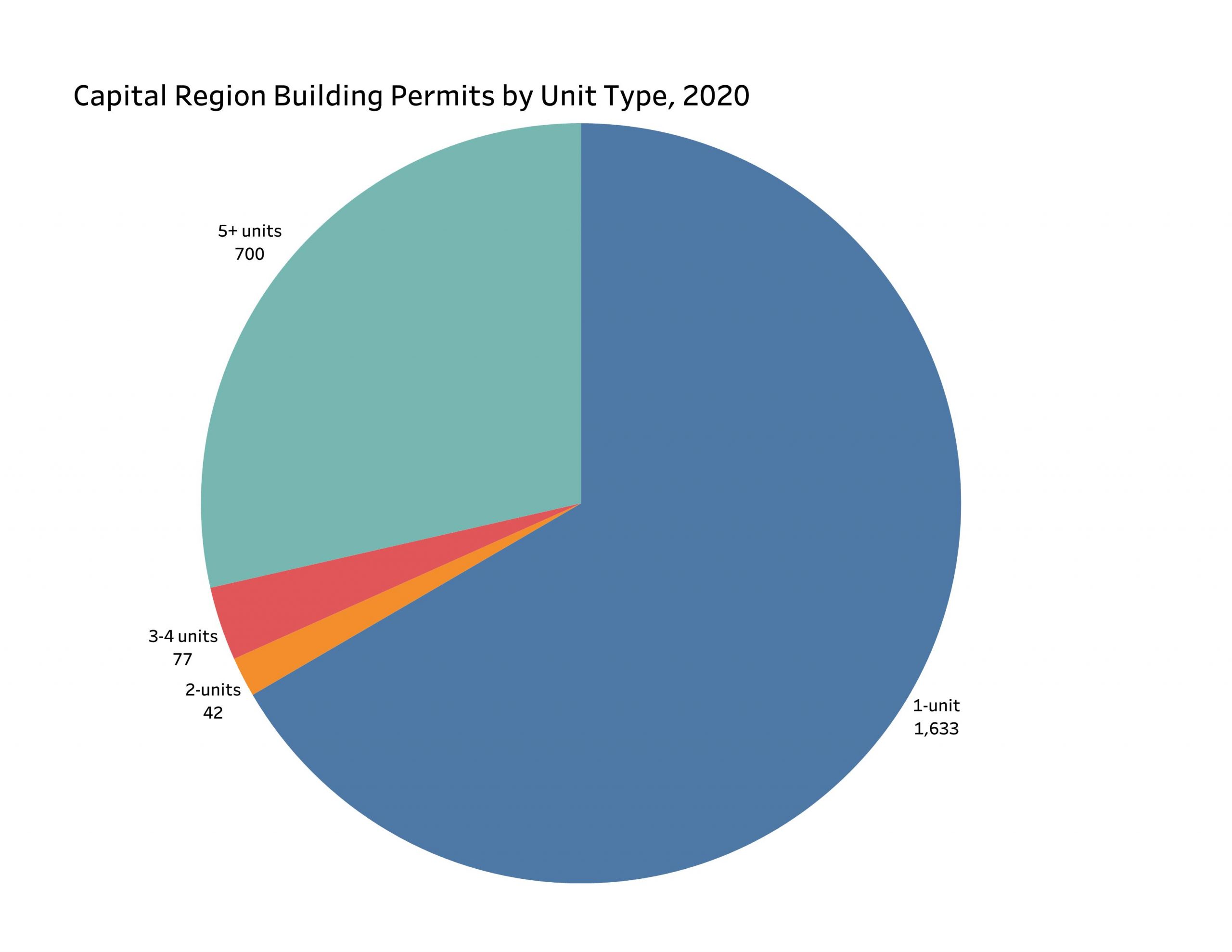