The Capital Region last year led New York in productivity growth with help from Schenectady and Saratoga counties, which were the state’s second and third fastest-growing counties for gross regional product (GRP), according to a Center for Economic Growth analysis of new data from the U.S. Bureau of Economic Analysis (BEA). 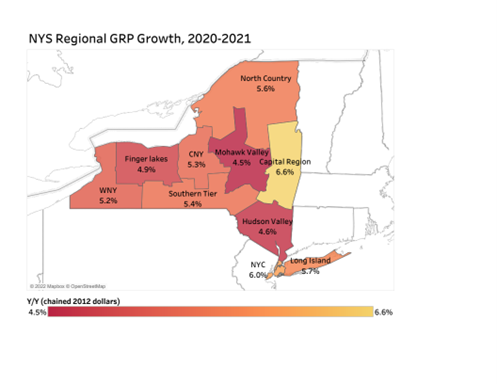 Boosted by strong productivity gains in manufacturing, government and arts, entertainment, and recreation, the eight-county Capital Region ended 2021 with a $85.56 billion GRP for all industries in current dollars.  In chained 2012 dollars, which account for inflationary trends, the Capital Region’s GRP was up 6.6 percent over the year, making it the fastest-growing region for productivity among New York’s 10 economic development regions. 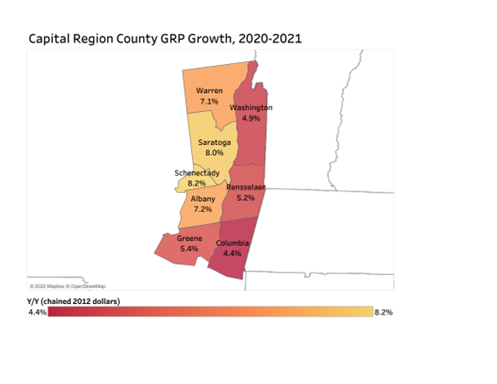 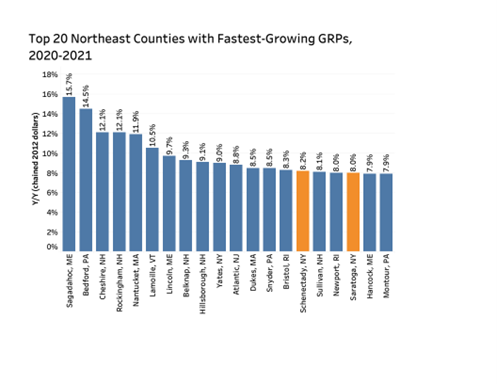 Below are the Capital Region counties that were among New York fastest-growing counties for annual GRP growth (chained 2012 dollars) in select sectors:

Government was a major GRP driver in the Capital Region in 2021, accounting for a $1 billion annual increase in productivity (9.8 percent). Leisure and hospitality productivity increased by $5932.6 million (42.4 percent) but remained below pre-COVID levels (-10.3 percent). Manufacturing saw a $461.3 million (6 percent) increase in GRP. 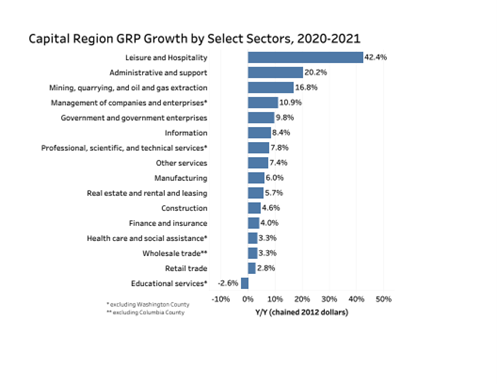