Business formation continued in the Capital Region throughout 2020 and despite the pandemic. Last year, 9,456 applications to form a business were filed in the eight-county Capital Region, up by 295 (3.2 percent) from the previous year, according to a Center for Economic Growth (CEG) analysis of new U.S. Census Bureau data. 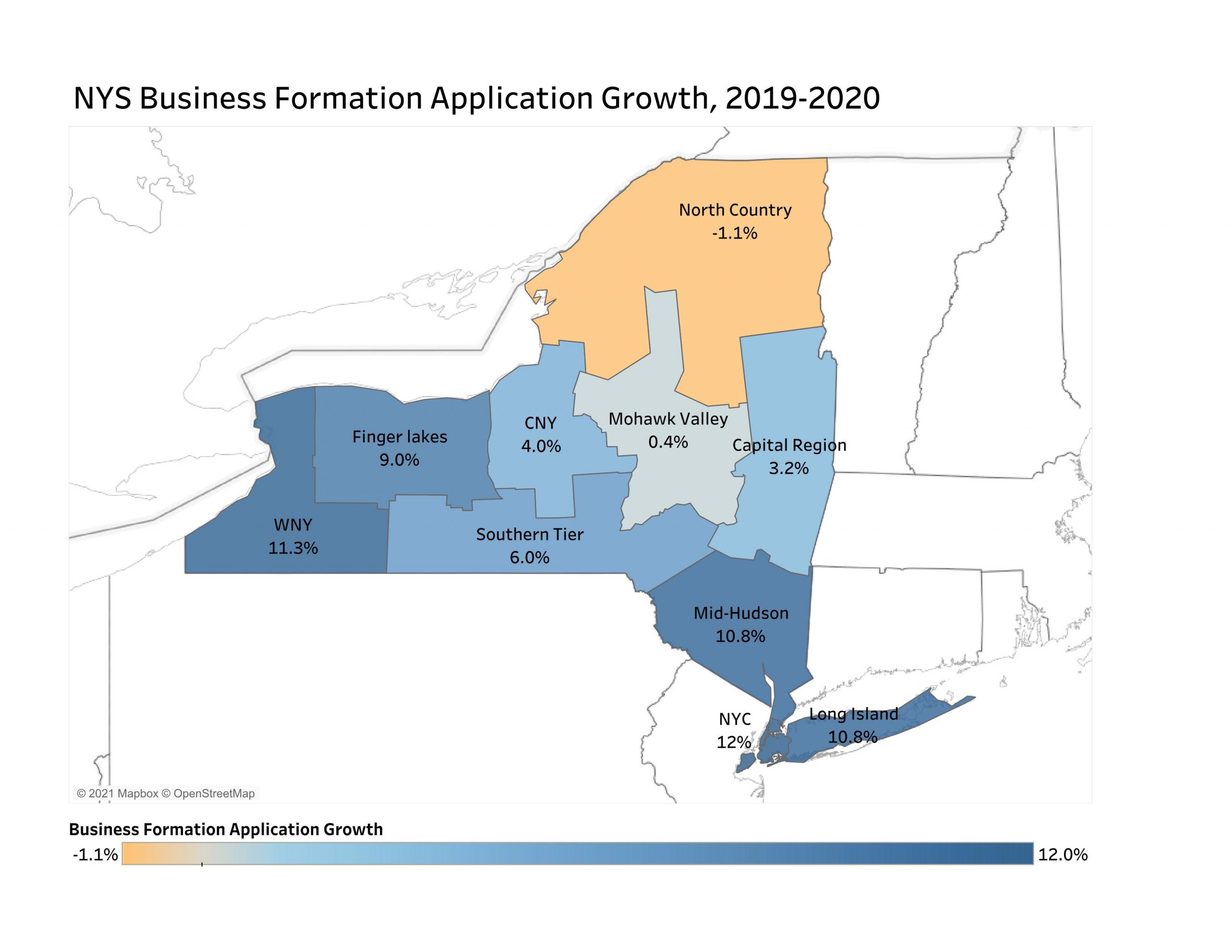 The region’s business formation growth rate fell below the state average of 10.7 percent, which was driven by a 12 percent surge in applications in the New York City region. These Census Bureau statistics are based on the number of applications to the Internal Revenue Service (IRS) for an Employer Identification Number (EIN) and cover a range of businesses, such as corporations, partnerships, nonprofits and sole proprietorships. Among the Capital Region’s eight counties, business formation growth was strongest in Schenectady and Greene counties at 19.7 percent and 17.9 percent, respectively. 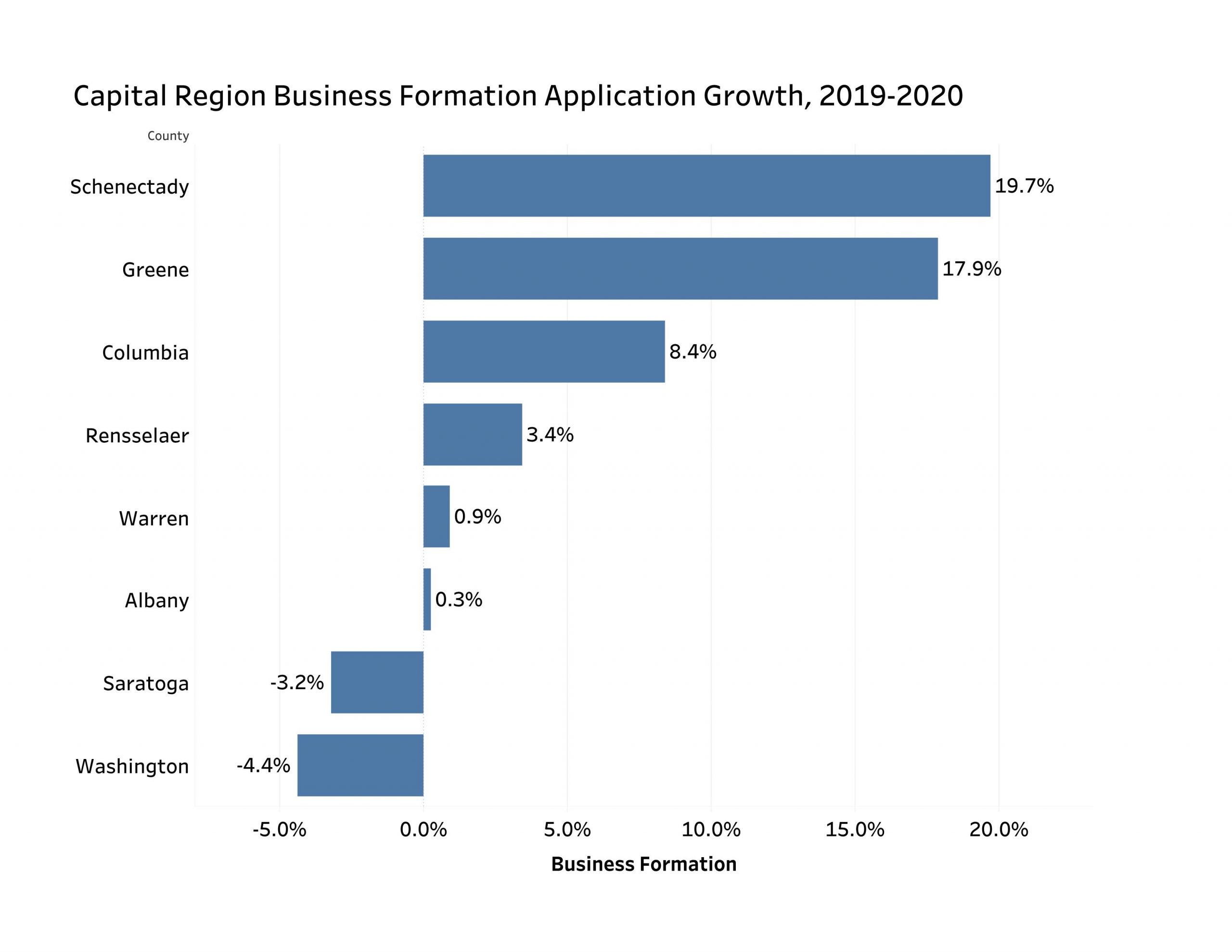 Although businesses were required to have an EIN to apply for Paycheck Protection Act (PPP) funding during the pandemic, research from the University of Maryland and the National Bureau of Economic Research suggests this stimulus funding did not drive the 2020 business formation activity. One reason for that is because to be eligible for PPP funds, a business had to have an EIN by February 2020.