Twenty- and 30-somethings from both within and outside New York on average moved to the Capital Region in greater numbers between 2016 and 2020 than they did during the preceding five-year period. This migration inflow reverses a declining trend the region had seen with these demographics, according to a Center for Economic Growth (CEG) analysis of new U.S. Census Bureau American Community Survey (ACS) estimates.

Between 2016 and 2020, an annual average 15,831 adults between 20 and 29 years old moved into one of the Capital Region’s eight counties from another county in New York State – an increase of 1,487 intrastate movers from the previous five-year period. And during the same period, Capital Region counties saw an annual average intrastate influx of 8,757 adults between 30 and 39 years old, or 2,059 more than the previous five-year period’s average. These averages include people moving from one Capital Region County to another as well as movers from other regions, such as New York City. 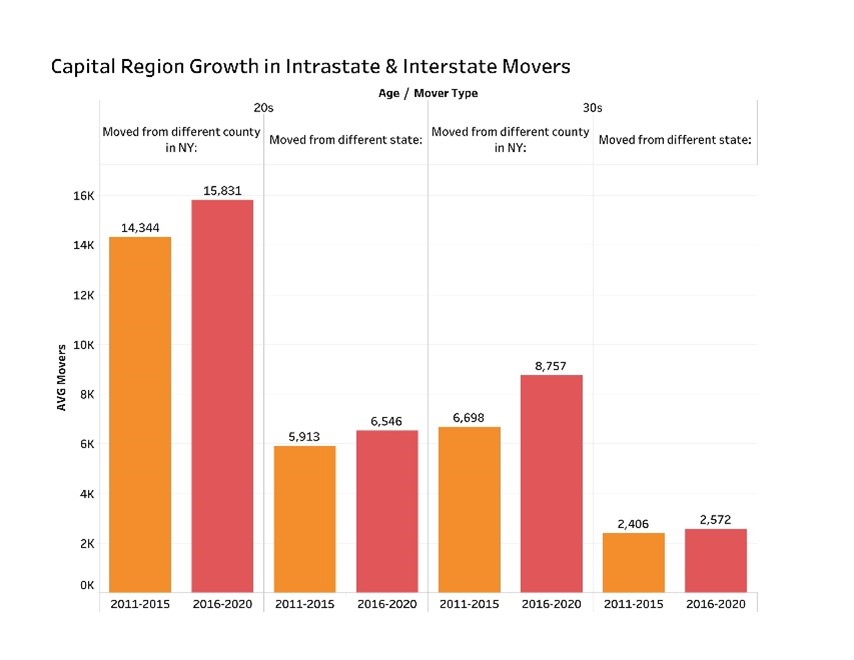 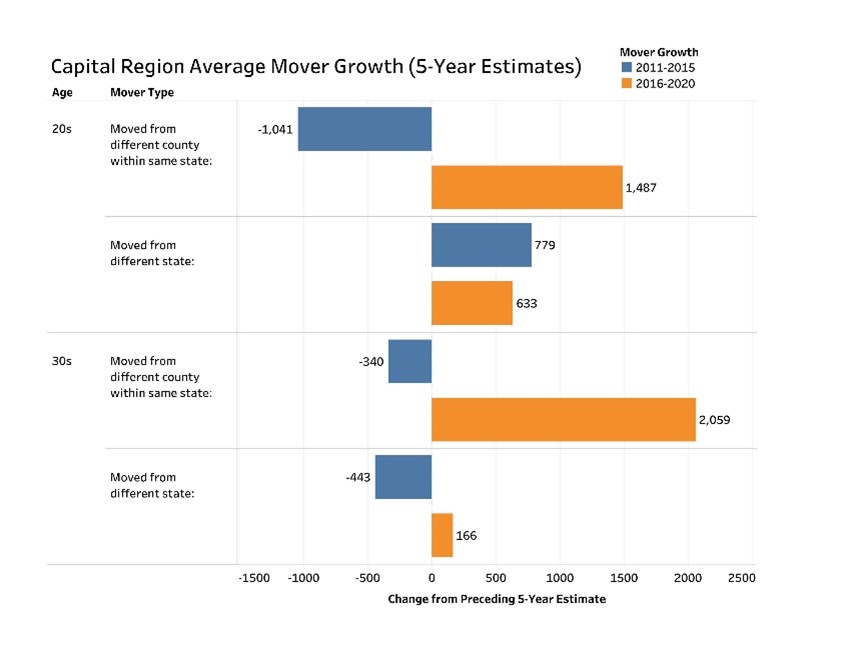