As Congress debates whether to pursue a new federal agency dedicated to cutting-edge R&D “to transform health and medicine,” the Capital Region’s economy is already being boosted by other federal Advanced Research Projects Agency (ARPA) initiatives for defense and energy applications. 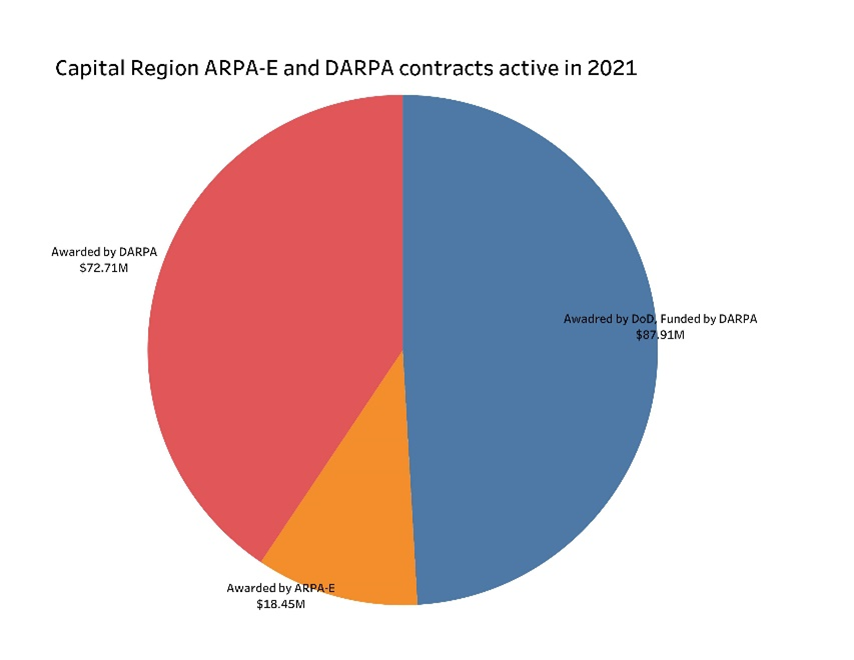 Last April, the Biden administration requested $6.5 billion for the creation of a Advanced Research Projects Agency-Health (ARPA-H). This agency, modelled after DARPA and ARPA-E, would be formed under the National Institutes of Health and would have a singular purpose: “to develop breakthroughs to prevent, detect, and treat diseases like Alzheimer’s, diabetes, and cancer.” Since then the House and Senate have proposed funding ARPA-H up to $3 billion or $2.4 billion, respectively, and a stand-alone measure for a $3 billion agency has recently been introduced in the House.

In the Capital Region this year, there were eight ARPA-E projects underway this year with a total value of $18.4 million. There were also eight DARPA-awarded projects active in 2021 totaling $72.7 million, plus an additional five contracts totaling $87.9 million that were awarded by the Department of Defense but funded by DARPA. 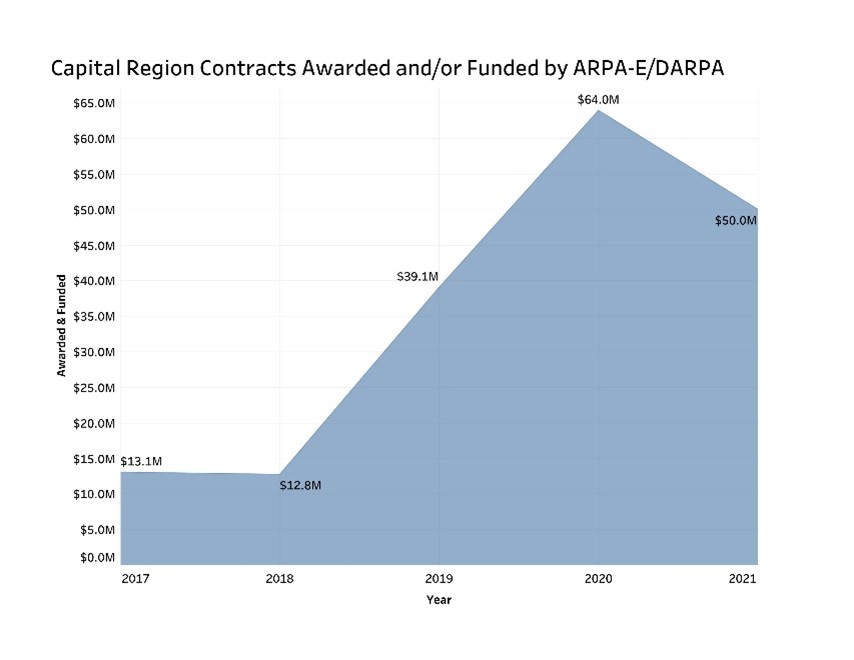 The majority of DARPA and ARPA-E grants were awarded to GE Research in Niskayuna, Kitware in Clifton Park, Rensselaer Polytechnic Institute (RPI) in Troy and SUNY Polytechnic Institute in Albany. However, several local small businesses have received awards from or funded by DARPA in recent years, including Ecovative Design in Green Island, ($9,395,538), Lux Semiconductors in Albany ( $74,939), Step Tools in Troy ($1,456,571) and Free Form Fibers in Saratoga Springs ($599,941).

With Capital Region firms receiving $81.5 million in NIH awards in fiscal year 2020, the creation of ARPA-H could push that total higher due to several local firms’ expertise in advanced R&D. Below are contracts awarded and/or funded by ARPA-E and DARPA that were active this year in the Capital Region:

1 Total does not include classified contracts.