The Albany-Schenectady-Troy metropolitan statistical area’s manufacturing sector kept strongly producing during the pandemic in 2020, resulting in it having nineth-largest annual production growth among mid-sized metros nationwide. However, despite this sector’s strong performance, the Albany metro area last year sustained its first contraction in gross regional product (GRP) in more than two decades, according to a Center for Economic Growth analysis of new data from the U.S. Bureau of Economic Analysis (BEA).

In 2020, the manufacturing sector of the five-county Albany-Schenectady-Troy MSA had a GRP of $6.1 billion (chained 2012 dollars), up 3.9 percent from the previous year. That was the nineth fastest growth rate among mid-sized metros with populations between 250,000 and 999,999. In the Northeast, only the Trenton-Princeton MSA’s manufacturing sector had a faster rate of 9.7 percent, which also topped the list for all mid-sized metros. 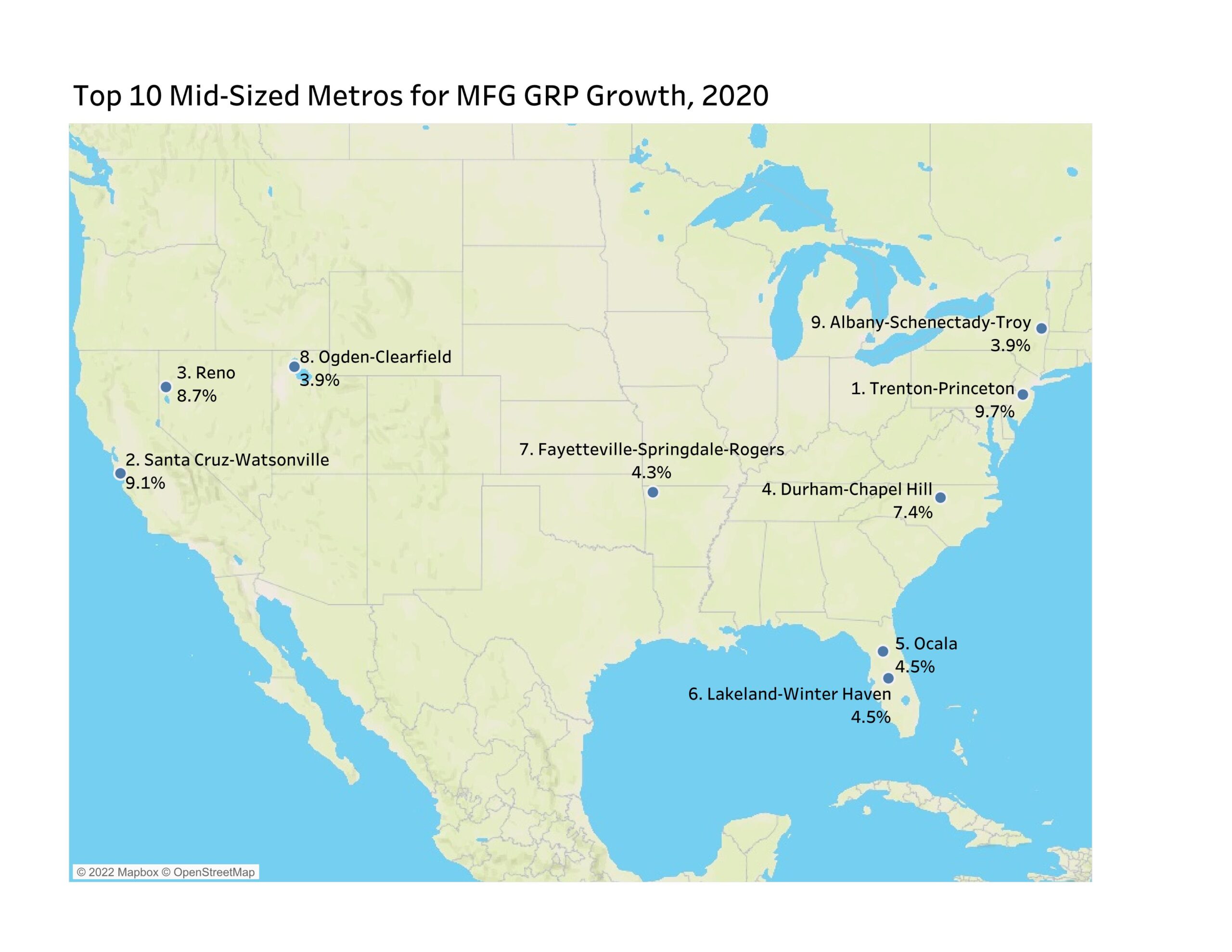 The Albany-Schenectady-Troy MSA’s 2020 GRP for all industries declined by 3.5 percent to $55.4 billion. That was the first annual decline in total GRP that the area has sustained since longer than 2001, which is the oldest available public data the BEA has for MSAs. Rensselaer County saw the state’s biggest increase in GRP growth at 2.8 percent, but the other MSA counties sustained losses: Albany at -3.4 percent, Schenectady at -5.4 percent, Saratoga at -5.6 percent, and Schoharie at -10.8 percent. 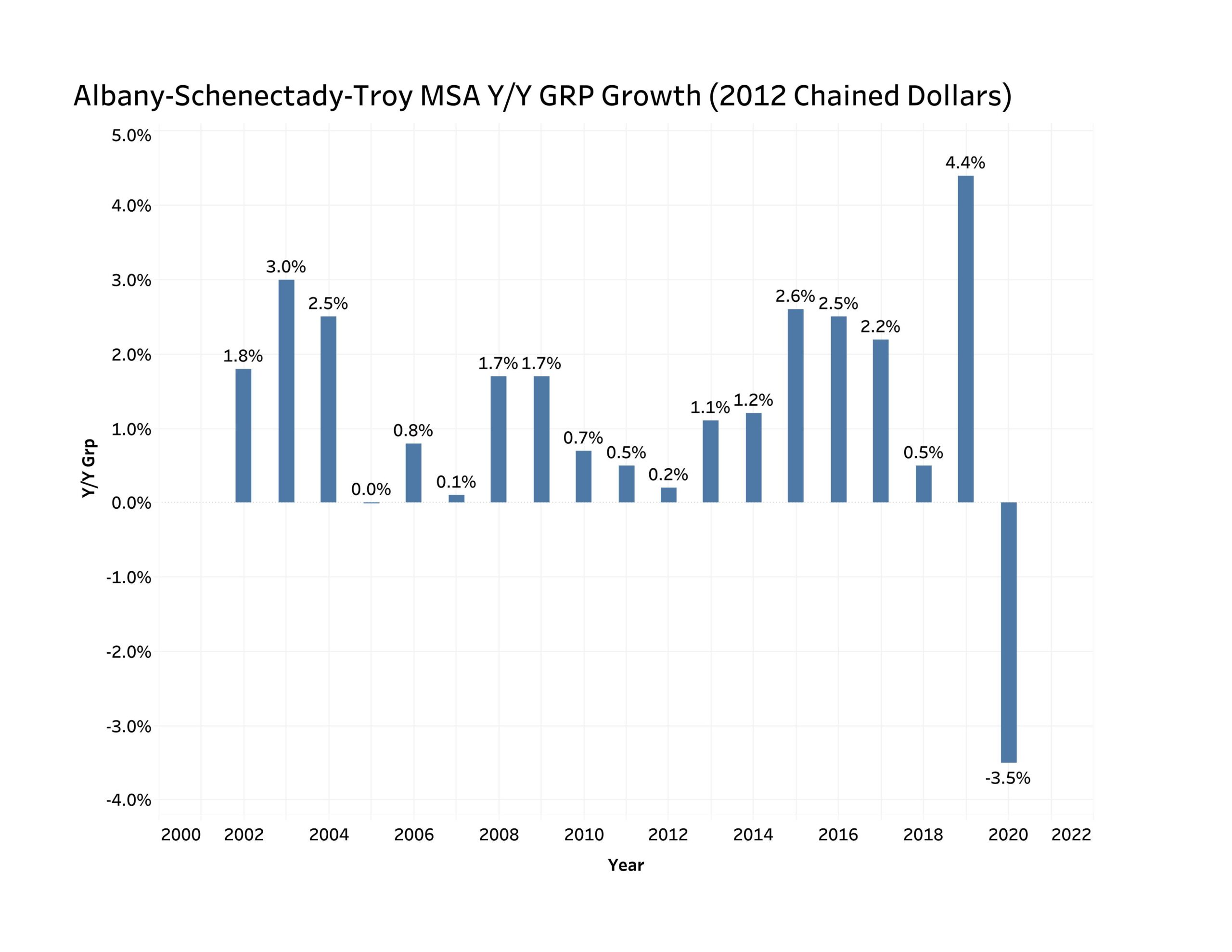 In 2020, the eight-county Capital Region’s all industries GRP declined by 3.7 percent to $64.1 billion (chained 2012 dollars). That was the region’s first GRP contraction since 2011, when there was a 0.1 percent decline. Among New York’s 10 economic development regions, the Capital Region sustained the second smallest GRP decline, trailing Central New York at -3.4 percent.

Among the Capital Region’s major sectors, those that increased their GRPs in 2020 were information (5.2 percent), finance and insurance (4.4 percent) manufacturing (2.9 percent) and real estate and rental and leasing (0.6 percent). The region’s accommodation and food services sustained the largest decline of 31.4 percent.

CEG is also an affiliate of the Capital Region Chamber. The Chamber’s new five-year Strategic Plan identifies economic development as a strategic priority. According to the plan, CEG and the Chamber will work to “Cultivate shared economic prosperity by helping develop, grow, and attract businesses that invest in the region and create jobs.” To achieve this goal, CEG and the Chamber do the following: