The National Telecommunications and Information Administration (NTIA) has identified 27 Census tracts in the Capital Region indicating a need for broadband due to their low Internet access and/or slow upload and download speeds, according to a Center for Economic Growth (CEG) analysis of the NTIA’s new Indicators of Broadband Need tool. 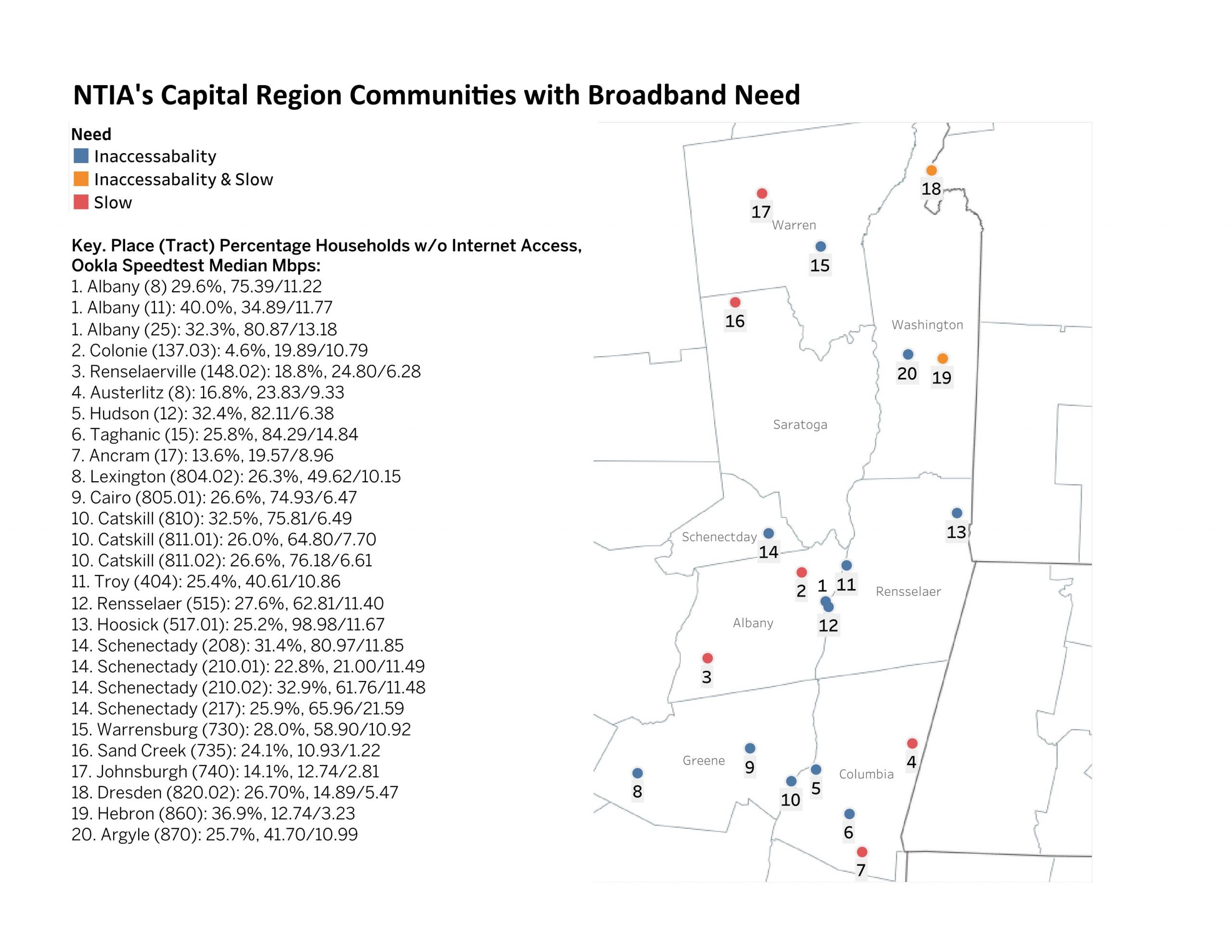 For the NTIA, a community indicates a need for broadband when 25 percent of households in a Census tract do not have Internet access or a tract’s median fixed broadband speeds are below 25 Mbps download, 3 Mbps upload. In the eight-county Capital Region, 18 tracts did not meet the minimum Internet access threshold, seven fell below the speed threshold and two (Dresden, Hebron) showed need under both criteria. Another indicator of broadband need is the lack of any fixed broadband service at 25/3 Mbps, though the handful of tracts in the region meeting these criteria were unpopulated.

Washington County was the region’s only county at the county-wide level with an indicator of broadband need, based on its slow median download speed (22.17 Mbps) measured by M-Lab. A separate Ookla speedtest reported a higher download speed of 57.88 Mbps. Statewide, only seven counties have indications of broadband need based on slow speeds and one (Wyoming) because 75 percent or more devices connected to Microsoft updates/services via fixed broadband download have speeds below 25 Mbps.

In its 2021 Strategic Update, the Capital Region Economic Development Council (CREDC) prioritized broadband expansion to the 27 Census tracts identified by the NTIA as well as tracts in the Capital Region in which the percentage of households with high-speed broadband (cable, fiber, DSL) is below the regional average of 73.5 percent. Thirty-five tracts fall below that regional average, including 10 on the NTIA indications of broadband need list.