Both Albany and Saratoga counties are regularly outperforming the majority of large U.S. counties when it comes to the growth of average weekly wages, according to a Center for Economic Growth Analysis of new data from the Bureau of Labor Statistics.

In 13 of the past 20 months, Capital Region’s two large employment counties ranked higher than more than half of the 356 counties for year-over-year average weekly wake growth. In the last five years, Albany County’s strongest ranking was fifth in Q2 2016 and Saratoga County’s was 13th in Q2 2015. 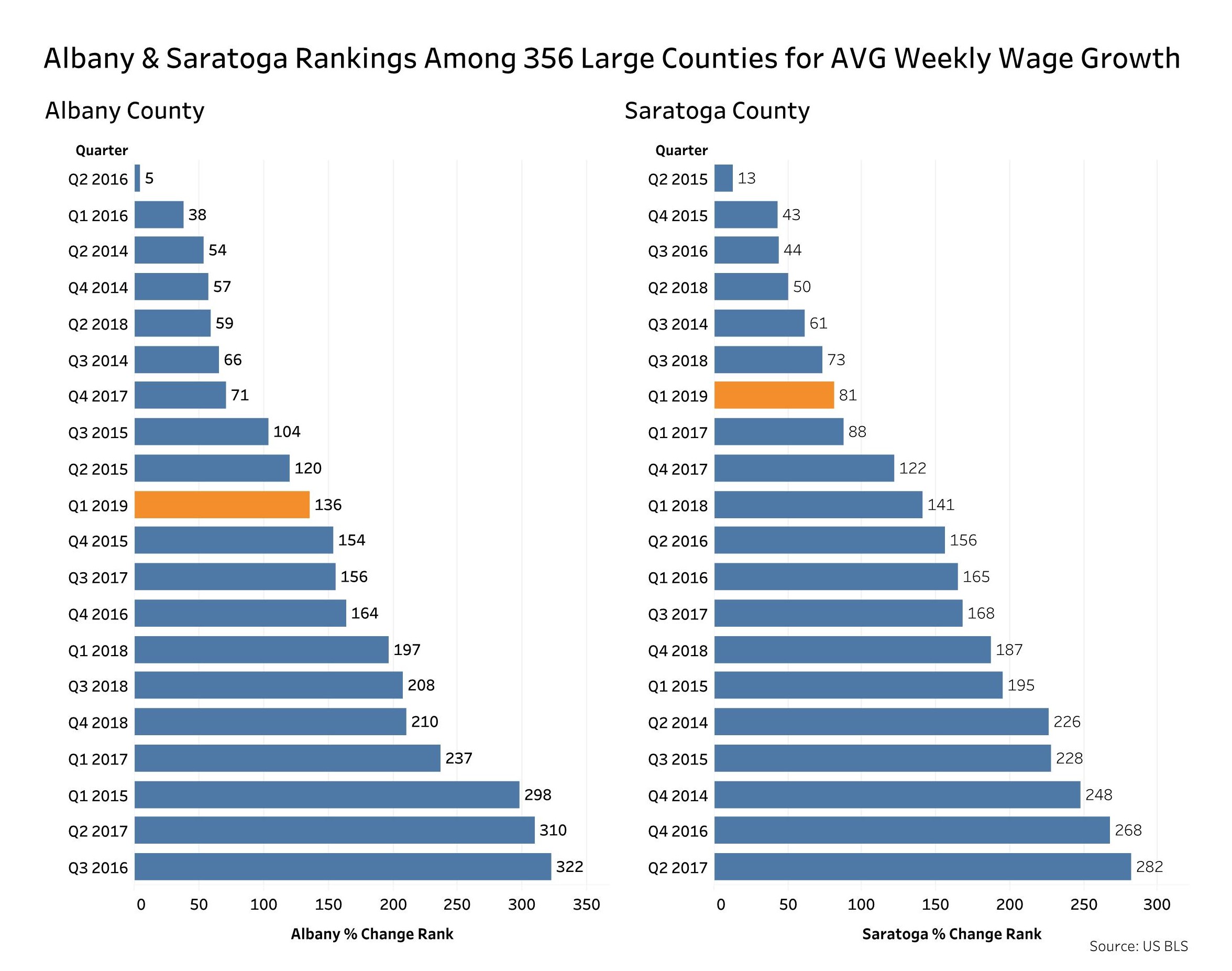 In both Albany and Saratoga counties, manufacturing played a significant role in the higher wages over the year. According average monthly wage data from the New York State Department of Labor, the top five subsectors driving this wage growth in the region’s two large counties in Q1 2019 were:

To help Capital Region workers enhance their skills and earning capacity, CEG has launched or supported the following programs:

Software Developer Apprenticeship Program: A CEG program, in partnership with SUNY Schenectady County Community College and Albany Can Code, Inc., that provides software developer apprentices with 1,000 to 2,000 hours of on-the-job training and 144 hours of related instruction.