Visitors to the Capital Region spent 6.1 percent, or $175.7 million, more in 2018 than the previous year, bringing their total spending to $3.05 billion. Taking into account state and local taxes, their economic impact in the eight-county region was even greater, totaling $3.42 billion, according to a Center for Economic Growth (CEG) analysis of data from Empire State Development.

Traveler spending growth was strongest in Schenectady, Columbia and Saratoga counties, with year-over-year gains of 10.6 percent, 10.4 percent and 9 percent, respectively. At $1 billion, Albany County commanded the greatest share of traveler spending, followed by Warren County at $628.7 million and Saratoga County at $588.8 million. 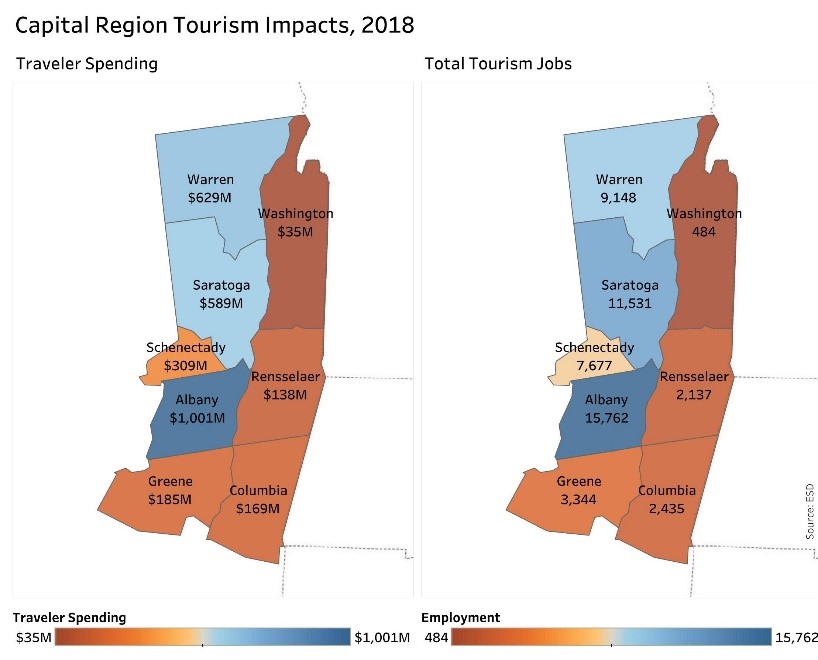 In the Capital Region, tourism directly supported 36,995 jobs that drove $988.4 million in labor income in 2018. An additional 15,563 jobs were either indirectly support or induced, bringing the industry’s total employment to 52,518 with $1.63 billion in labor income. Thirty percent of those total jobs, or 15,762, were in Albany County. Saratoga had the next greatest number of tourism jobs (11,531), followed by Warren County (9,148)

Travelers to the region spent the most on food and beverages, totaling $881.2 million, followed by lodging at $744 million and retail and services at $539.3 million. However, the top traveler spending types varied from county to county. Whereas the top spending type in Rensselaer, Saratoga and Warren counties was food and beverage; it was lodging in Warren County; second homes in Columbia, Greene and Washington counties; and transport in Albany County. 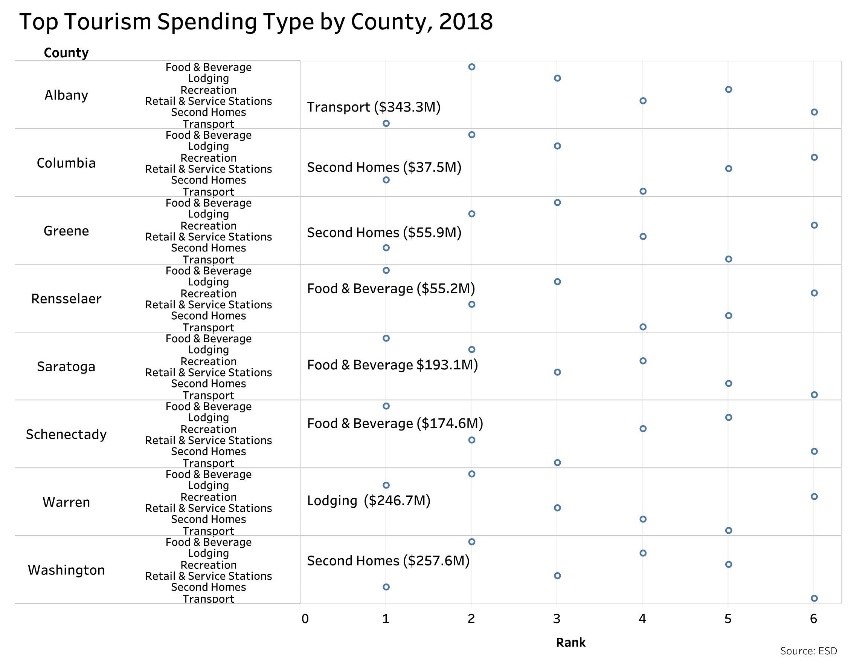 To build on this travel spending momentum and attract more people to the area, CEG is involved in the following activities: