Which States and Counties Are Sending the Most People to the Capital Region?

Tech and Navy hubs are major contributors to region’s population

A county containing a large U.S. Navy base in South Carolina and two more counties with major tech hubs in Arizona and Massachusetts are sending more population “flows,” or movers, to the Capital Region than any other outside of New York, according to a Center for Economic Growth (CEG) analysis of new U.S. Census Bureau five-year average geographic mobility data. In 2017, these inbound flows helped the eight-county region become New York’s second-fastest growing region, on a year-over-year basis. 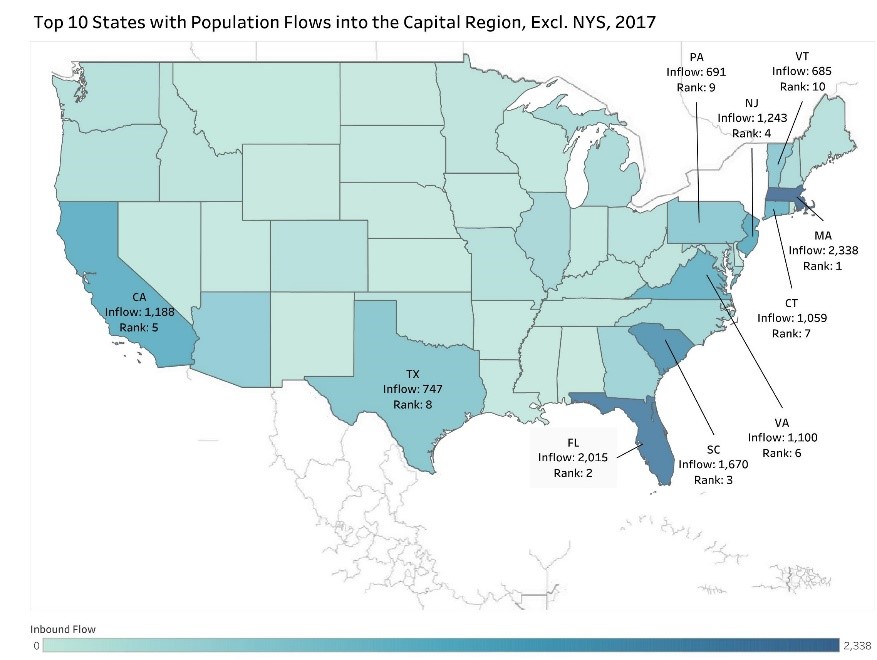 Outside New York, the county that sent the most movers to the region in 2017 was Berkeley County, South Carolina (651) and Maricopa County, Arizona (548). Berkley County includes Goose Creek, which contains most of Naval Weapons Station Charleston. That base includes the Naval Nuclear Power Training Command school. With Berkeley County’s Capital Region inbound flow leading exclusively to Saratoga County, that migration was likely associated with the Naval Nuclear Propulsion Program at the Kenneth A. Kesselring Site in West Milton. As with Berkeley County, New London County in Connecticut and Charleston County in South Carolina also have major naval facilities counties and sent significant numbers of people to the Capital Region. 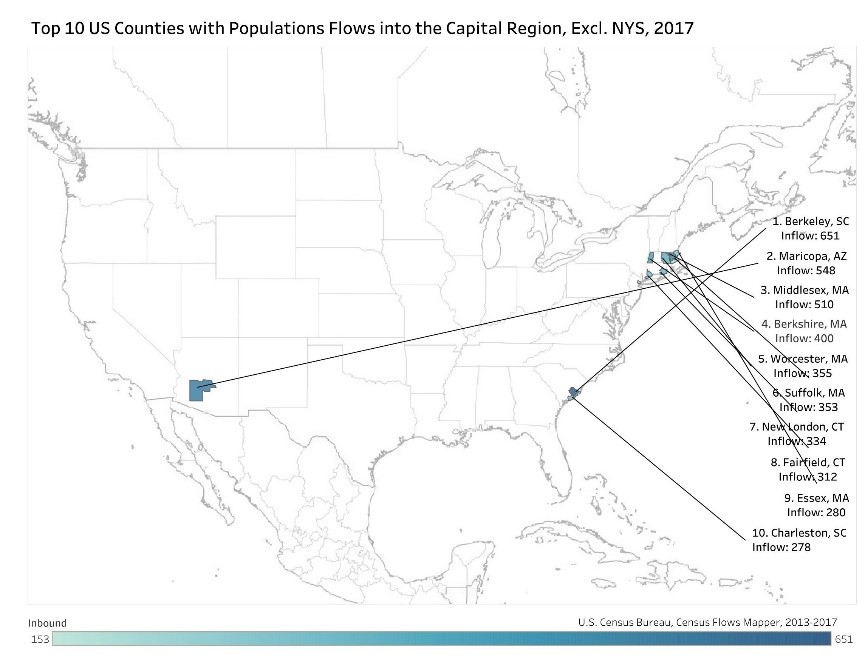 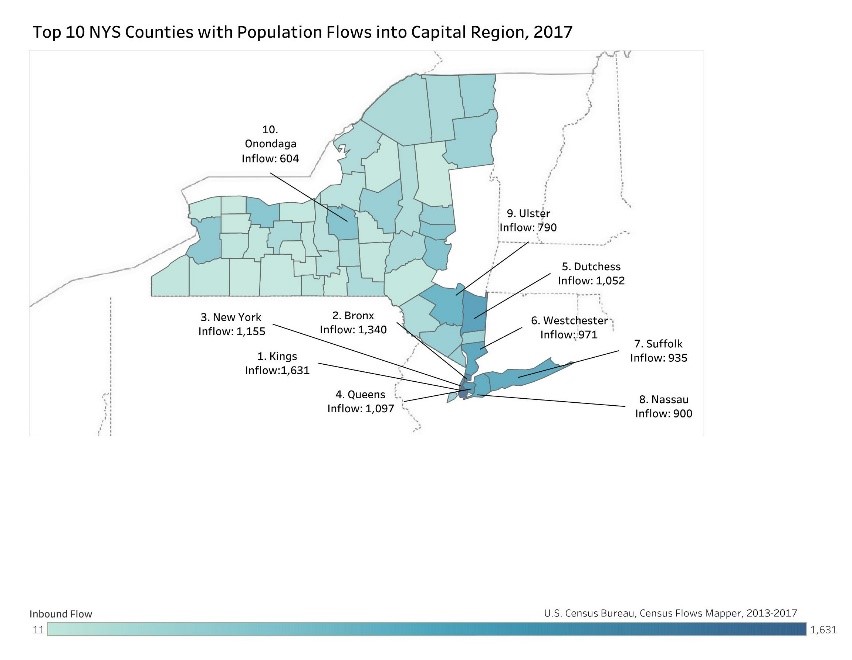 To attract more people to the area, CEG is involved in the following activities: