Employment in the Capital Region’s manufacturing sector last year climbed to its highest level since 2001. In 2017, the eight-county region’s manufacturers drove a 1.6 percent annual net jobs gain to an annual average of 34,322. Employment was up 7.6 percent from five years earlier, according to a Center for Economic Growth (CEG) analysis of New York State Department of Labor data. 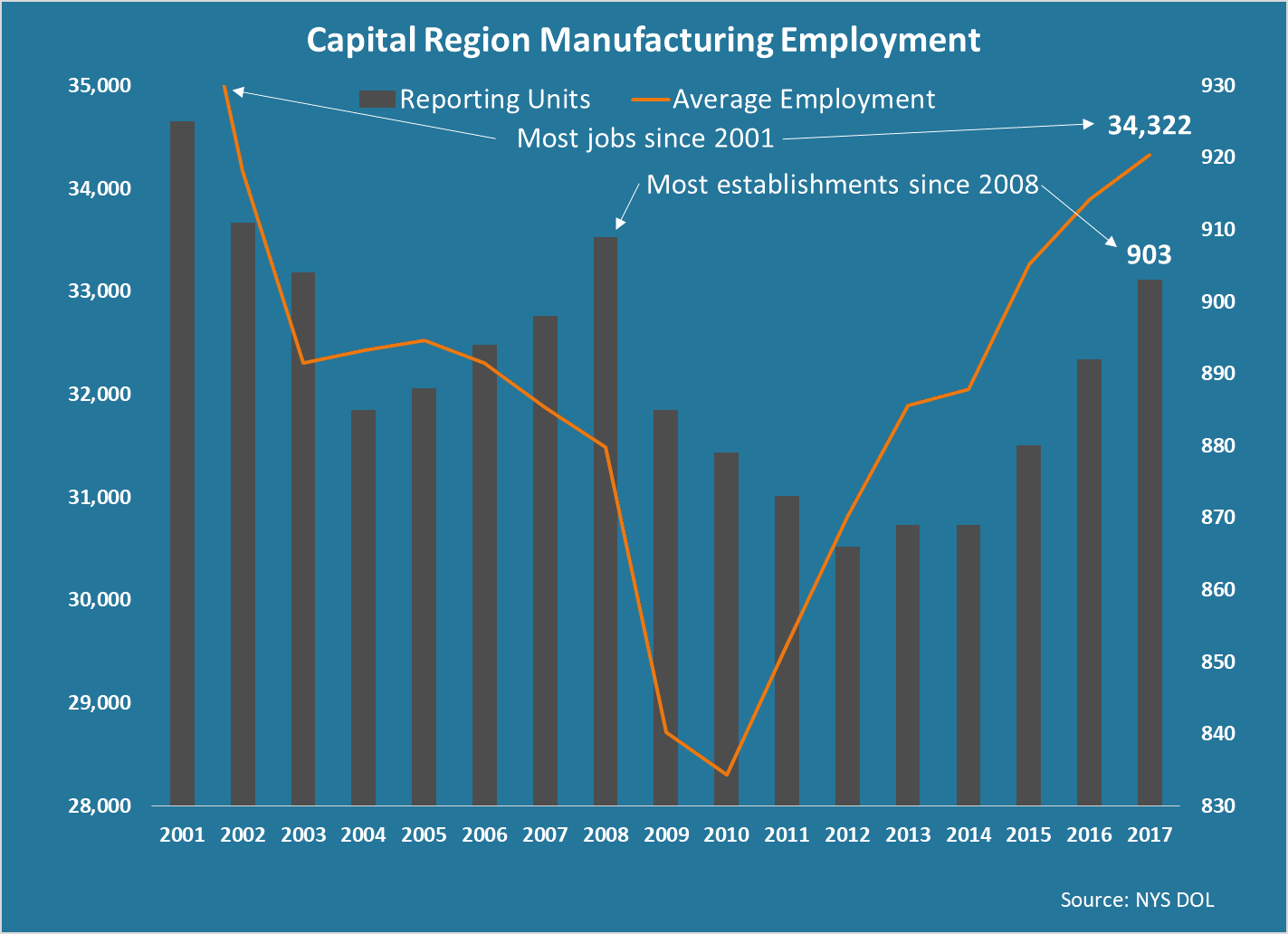 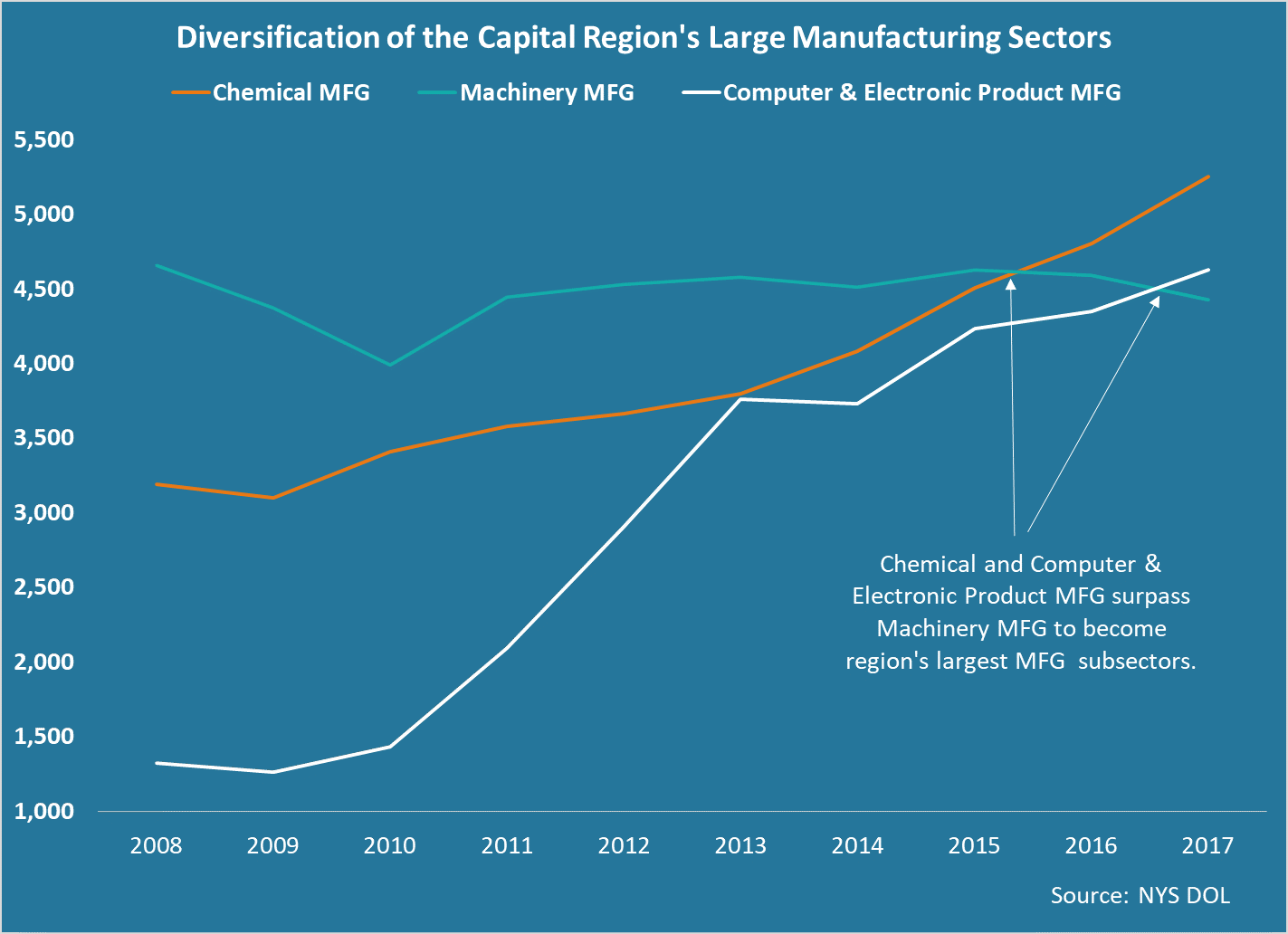 A Thriving Manufacturing Metro
This robust growth recently earned Forbes’ recognition of the Albany-Schenectady-Troy metropolitan statistical area (MSA) as the nation’s seventh most thriving manufacturing metro for a second consecutive year. ZipRecruiter also named the Glens Falls MSA the fourth best market for new collar jobs, which are “jobs that require vocational, tech, or skills-based training, but not necessarily a bachelor’s degree from a university.”

CEG Activities to Support Industry Growth
Several initiatives are currently underway to ensure the Capital Region’s talent pipeline can meet the demands of manufacturers. They include: