Global demand for computer and electronic products helped Capital Region exports rebound during the pandemic in 2020. Stronger demand from Asia, Africa and South America also helped offset small export declines to the major regional trade partners in North America and Europe, according to a Center for Economic Growth (CEG) analysis of new data from the International Trade Administration.

After five consecutive years of declines, exports from the five-county Albany-Schenectady-Troy metropolitan statistical area (MSA) saw its worldwide exports increase by 2.8 percent to $3.15 billion in 2020. However, exports from the Glens Falls MSA, which includes Warren and Washington counties, declined by 3.6 percent to $244.3 million. 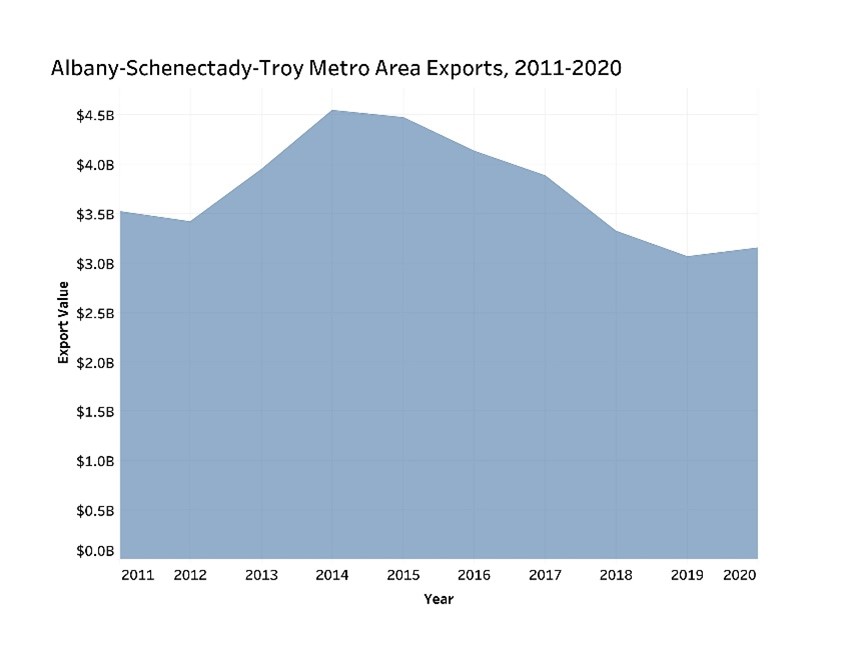 In the Albany metro area, computer and electronic products, the Albany MSA’s largest export, likely driven by GLOBALFOUNDRIES, continued on an 11-year growth trend with an annual increase of 2 percent to $1.41 billion. Chemical exports also rose by 6.6 percent to $878.4 million. Among the area’s other leading exports, paper sustained the sharpest decline, falling by 18.1 percent to $62.1 million. In the Glens Falls metro area, leading exports such as machinery and miscellaneous manufactured goods declined by 28.7 percent and 24 percent, respectively. 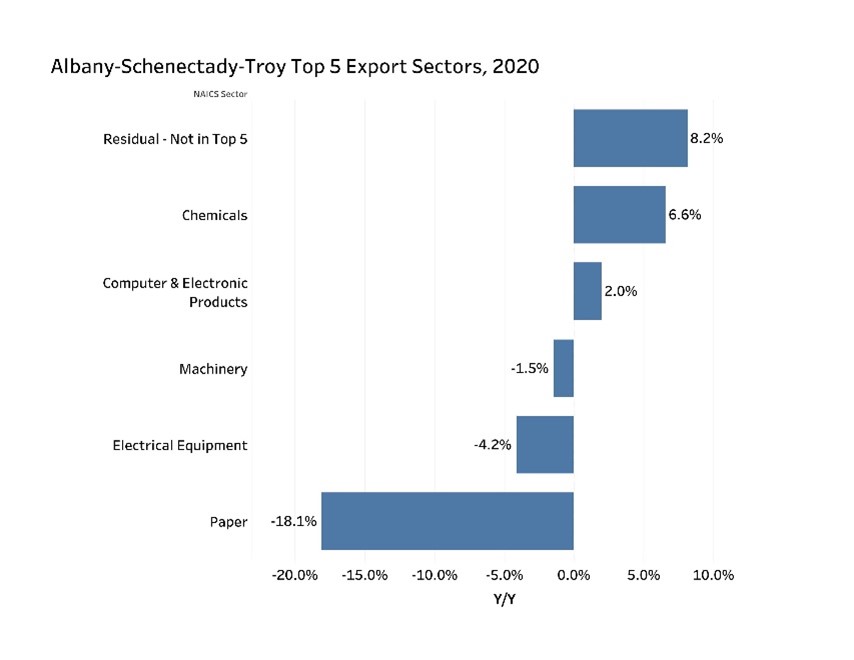 In 2020, the Asia-Pacific Economic Cooperation (APEC), a forum of 21 member economies such as Australia, China, Japan and Russia, regained its spot as the Albany metro area’s leading trade zone with $1.5 billion in exports. That was up 6.3 percent from the previous year and enough to surpass the European Union at $1.4 billion after a 1.8 percent decline. The only year in the past decade when APEC was not the Albany metro area’s leading trade zone was in 2019 when the EU surpassed it. 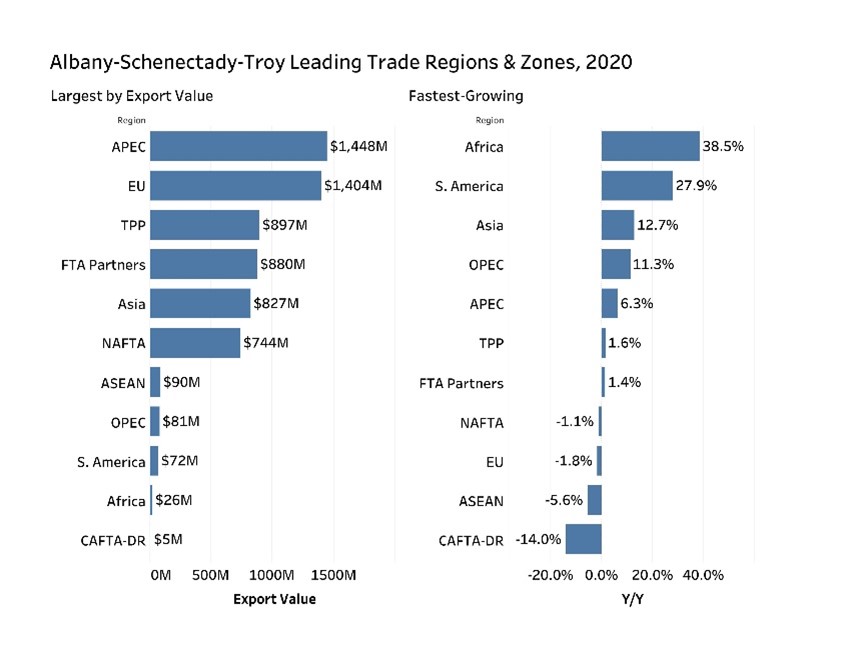 Exportech: This is a CEG Business Growth Solutions (BGS) program that provides manufacturers with a step-by-step system for expanding into new markets, adding customers and driving profitable growth.