Among mid-sized metros, the manufacturing sector of Albany-Schenectady-Troy metropolitan statistical area (MSA) was the 10th strongest in the country for net job creation between 2015 and 2019 – and it was No. 1 in the Northeast, according to a Center for Economic Growth (CEG) analysis of new data from the U.S. Census Bureaus Business Dynamics Statistics (BDS) program. 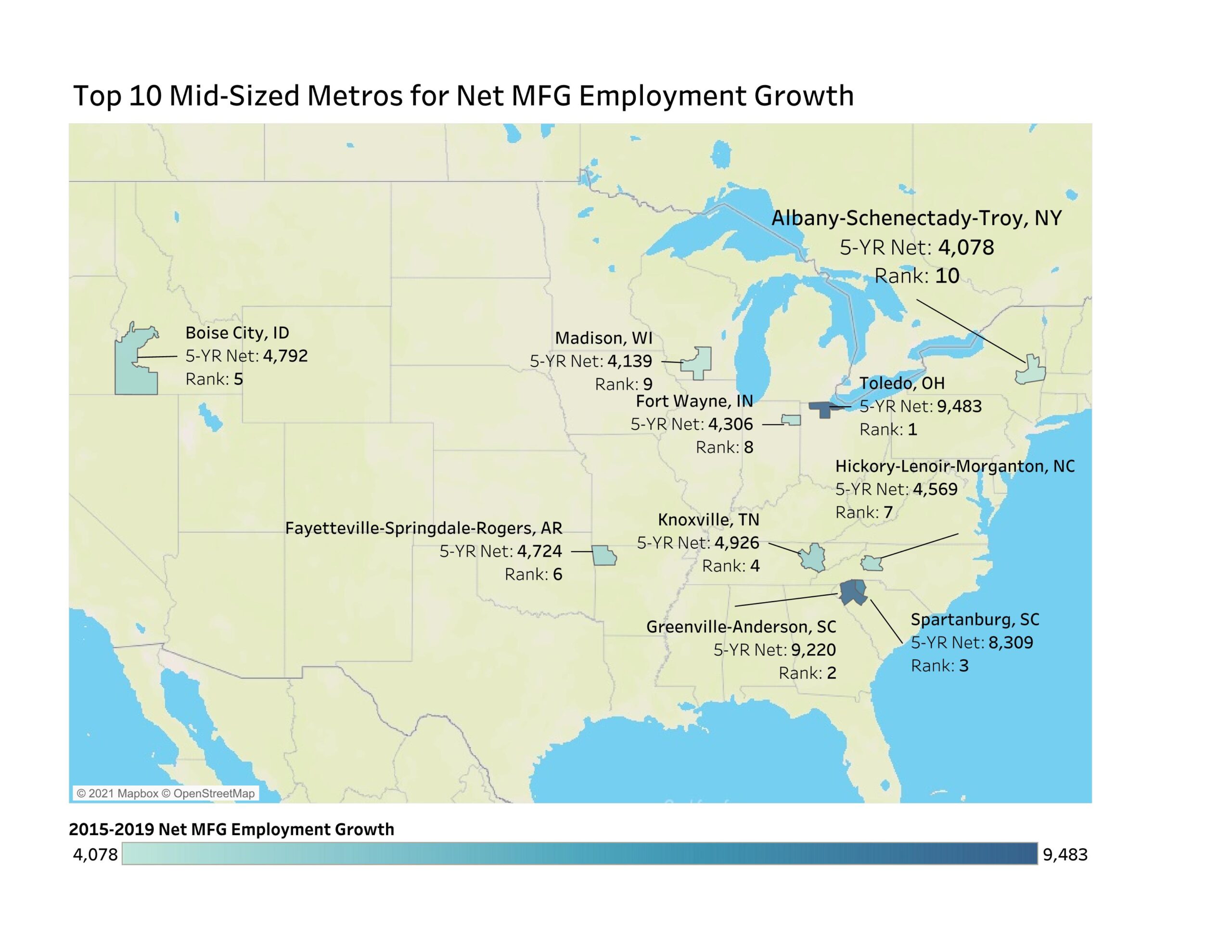 Among 137 mid-sized metros with populations between 250,000 and 999,999,4 the Albany-Schenectady-Troy MSA’s manufacturing sector had the 10th highest net job creation total for the 2015-2019 period. During that period, the Albany-Schenectady-Troy MSA’s manufacturing sector exhibited less volatility than many higher-ranking metros. For example, it ranked 31st for job creation but 58th for job destruction.

2 Job destruction is defined as “Count of all jobs destroyed from the prior year (year t–1) to the selected year (year t). Includes all employment losses from contracting establishments as well as establishment shutting down”