More than $4 billion in goods are domestically transported from the Capital Region annually by truck. While the majority (88.6 percent) of that freight (by value) is shipped by truck throughout Northeast, 5.9 percent goes to states in the South, 3.8 percent to the Midwest and 1.7 percent to the West, according to a Center for Economic Growth analysis.1 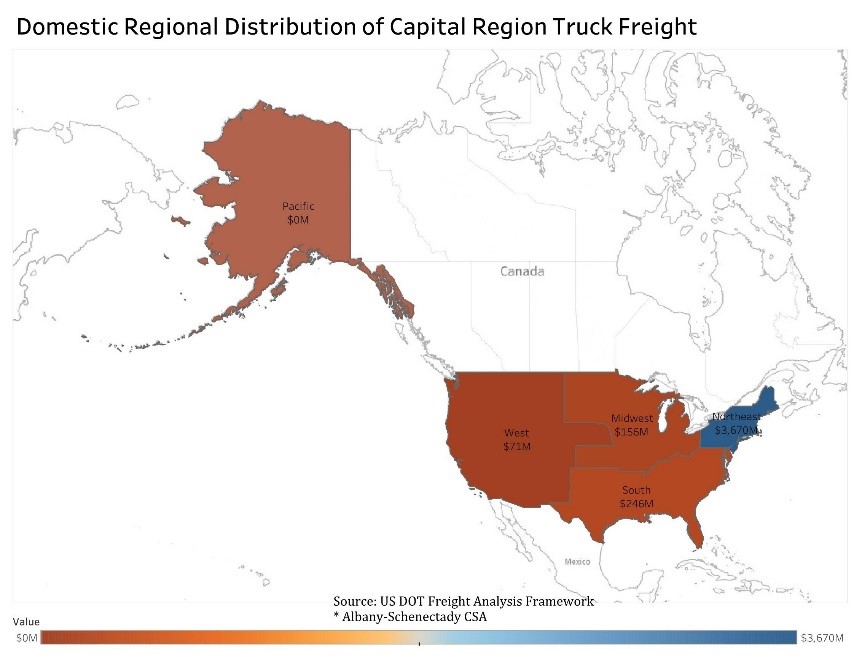 In 2017, $4.1 billion in domestic freight commodities originating in the Capital Region2 were transported by truck. Together, those commodities weighed nearly 59 million tons. Of that dollar amount, $3.7 billion was shipped by truck throughout the Northeast, including $2.4 billion that remained in New York. At $374 million, Massachusetts was the leading recipient of interstate truck freight from the region, followed by Vermont at $273 million and New Hampshire at $174 million. 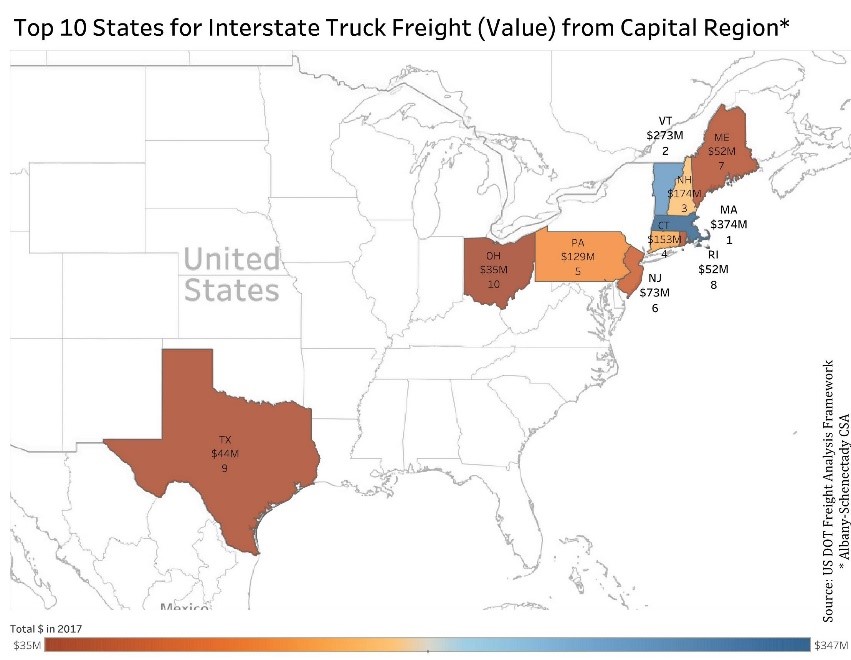 The South received the next greatest amount of interstate truck freight from the region, totaling $246 million, followed by the Midwest at $156 million and West at $71 million. Outside of the Northeast, the states receiving the most interstate truck freight from the region were Texas at $44 million, Ohio at $35 million and Virginia at $31.5 million.

Domestically, freight was shipped by truck to as far as Alaska, which received $560,000 in miscellaneous manufactured products, $380.000 in textiles, $14,000 in furniture and $90,000 in electronics, among other commodities. 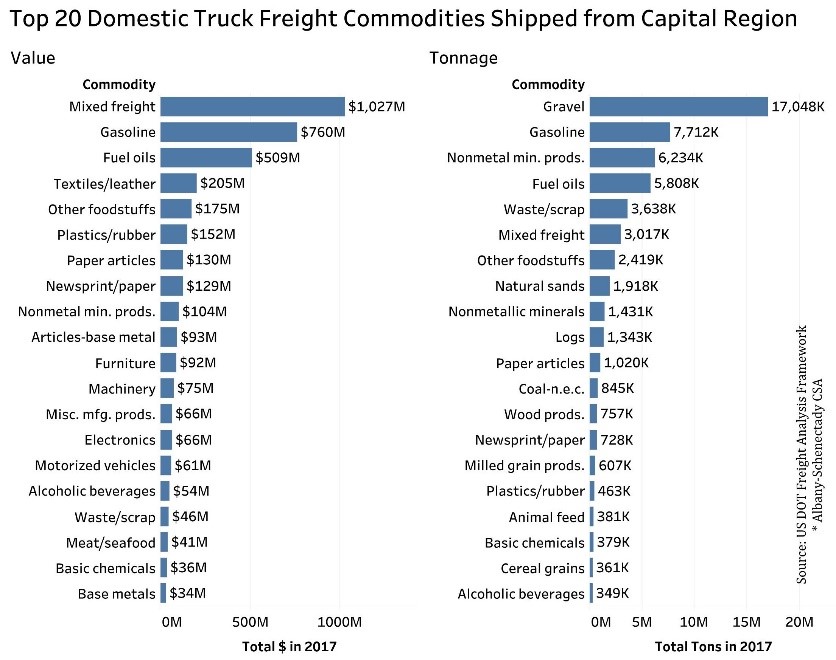 Transportation and Warehousing is one of the Capital Region’s fastest-growing sectors for employment. Within this sector over the past five years, the truck transportation industry has grown by 12.6 percent to 3,287, and the warehousing and storage industry has grown by 9.7 percent to 2,962, according to New York State Department of Labor data. In 2018 the region had 5,416 heavy and tractor trailer truck drivers, up 14 percent from five years earlier, according to EMSI data.

This job growth is happening as more logistics and distribution firms recognize the Capital Region’s strategic location. On top of being the nexus of Interstates 87 and 90, the region offers the following:

Highlighting opportunities at key regional sites, such as Port of Albany expansion, Northeastern Industrial Park in Guilderland and other sites along the 87/90 corridor.

Responding to requests for proposals (RFPs) from firms looking for sites for prospective fulfillment centers.

2 Albany-Schenectady Combined Statistical Area (CSA). Does not include Greene County.