Women Farmers Are Growing in the Capital Region

1 in 12 region farmers have served in military, 1 in 4 are new producers

ALBANY, NEW YORK – The ranks of women farmers in the Capital Region increased by 24 percent between 2012 and 2017, outpacing the state’s growth rate (17 percent) for this demographic and on pace with that for the nation (27 percent). Out of the state’s 10 economic development regions, excluding New York City, the Capital Region now has the second highest concentration of women farmers, according to a Center for Economic Growth analysis of the U.S. Department of Agriculture’s newly released 2017 Census of Agriculture.

With the agriculture and artisan food segment containing more than a quarter (28 percent) of the local creative economy’s workers, women farmers are helping fuel this important economic driver that contributes to the Capital Region’s vibrancy and attractiveness to talent. As farms increasingly shift from traditional agricultural products to manufacturing more profitable products such as cheese and craft beer, they are also increasingly falling within the scope of services of CEG’s Business Growth Solutions (BGS) unit, a National Institute of Standards and Technology (NIST) Manufacturing Extension Partnership (MEP).

As of 2017, the eight-county region had 3,405 farms, and women farmers worked at 2,225, or 65 percent, of them. Regionwide there were 2,433 women farmers, or 40 percent of the 6,055 total farmers. Only the Hudson Valley had a higher concentration at 42 percent. At 678, Washington County had the fourth greatest number of women farmers out of the state’s 62 counties. 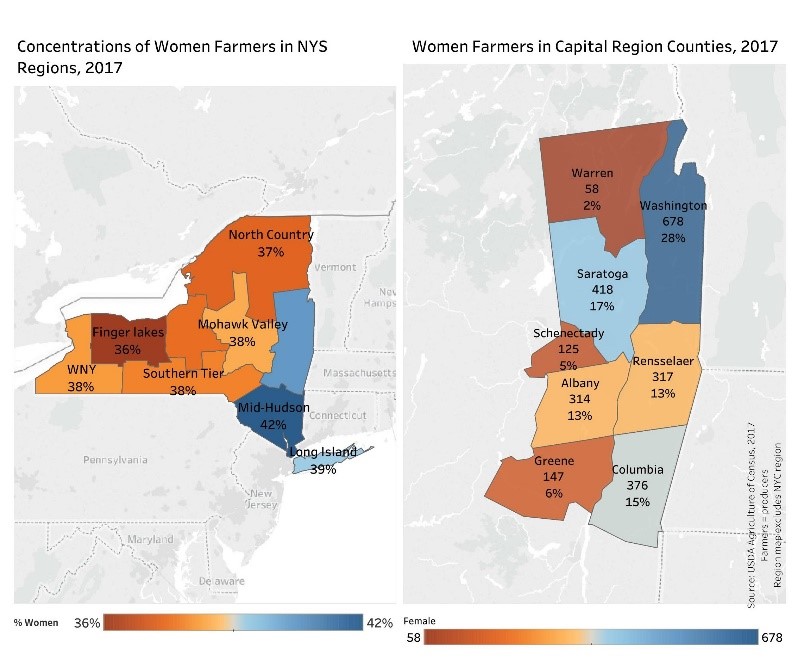 Diane Allen, the co-owner of Lavelair Farm in Whitehall said, “Farming lavender at Lavenlair Farm has been a labor of love these past six years, with equal measures of both ‘labor’ and ‘love.’ Much as with labor and delivery when having a baby, it is often painful and exhausting, but when I look out at our field of thousands of blooming lavender plants and our visitors enjoying their visit to the ‘Provence’ of upstate New York, it makes it all worthwhile. Being able to work side by side with my husband David, create local jobs and bring much-needed tourism revenue to Washington County makes me feel like our farm is an engine for local prosperity.”

The USDA census, which is conducted every five years, refers to these farmers as “producers” (formerly “operators”). These are individuals who are “involved in making decisions for the farm operation.” The producers can be an owner, a member of the owner’s household, a hired manager, a tenant, a renter, or a sharecropper. The decisions they make may relate to harvesting, livestock management, and marketing. Among the region’s women farmers, 1,758 were classed as “principal producers,” meaning they made the most decisions for, and/or spent the most time on, their farms.

Aliza Pickering, the farm manager of Pitney Meadows Community Farm in Saratoga Springs, said, “I am so grateful to have grown up with a handful of women role models that include my mother Heidi Pickering, a continuous mentor, Scout Proft of Someday Farm, and Lisa McDougal of Mighty Food Farm, whom I idolize. These women have paved the way for me to be in the position I am today, and it is motivating to hear there’s a rising number of females in the field. Our food system is one of many aspects of our culture that is broken. I believe small scale organic farming could be a way to heal multiple areas at once. It’s a catalyst for building community, health, and it is spirituality grounded in the living soil beneath us, reminding us that all is connected and sacred.” 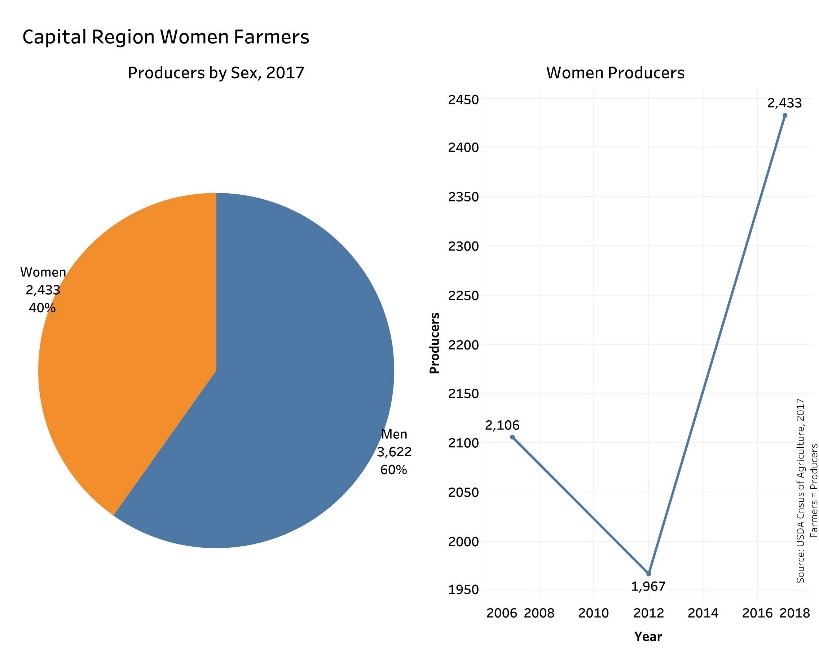 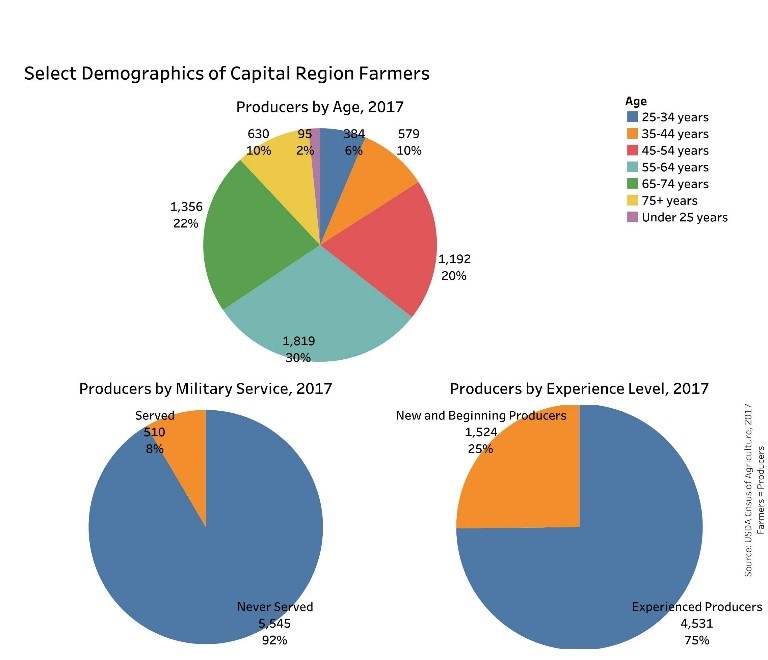 The Center for Economic Growth (CEG) is the Capital Region’s primary regional economic development organization, with over 250 investors in business, government, education, and the not-for-profit sectors. CEG is a New York Empire State Development Division of Science, Technology and Innovation-designated Regional Technology Development Center and an affiliate of the National Institute of Standards and Technology (NIST)/Manufacturing Extension Partnership (MEP). For more information, visit www.ceg.org.