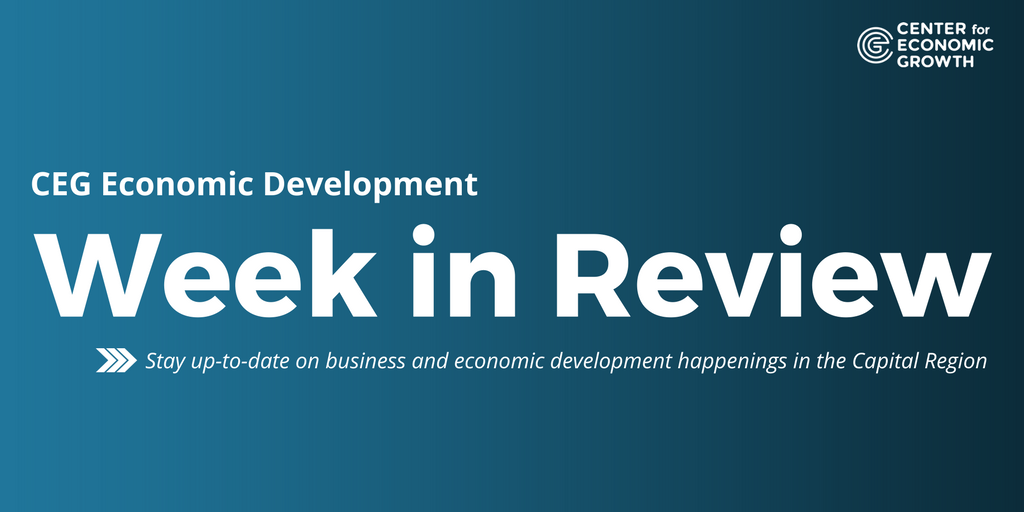 “The ripening romaine lettuce was a bright green and waiting to be harvested while nearly two feet of snow buried the village and the rest of the Capital Region last week.

Unbeknownst to anyone from the outside, the lettuce has been growing inside a recycled shipping container in an industrial park on Cohoes Avenue, part of a nationwide movement to revolutionize urban farming and the locally-sourced food industry.”

Bottleneck about to clear but added service at halt

But whether it will lead to more service for communities beyond the bottleneck remains to be seen.

The $163 million in rail investments included a second track between Albany and Schenectady, so that trains no longer have to wait for others to clear the line.”

Lumberyard Called a Catalyst to Budding Arts Movement in Catskill

“To Ron and Aysa Morehead, Catskill’s Main Street seems unrecognizable from what it was when they first moved to Greene County in 2001.

‘When we first drove up here almost everything seemed to be closed on Main Street,” Ron Morehead said. “But every year since we’ve been here the community has grown and grown and grown, especially in the last few years. It’s as if the art scene has just really exploded here.’”

“An algorithm developed by researchers at Rensselaer Polytechnic Institute may accurately predict whether a child is on the autism spectrum of disorder.

The algorithm, based on levels of metabolites found in a blood sample, is the first physiological test for autism and opens the door to earlier diagnosis and potential future treatment.”

“At the multi-campus Capital Region BOCES Career and Technical School, more than 1,000 students are training this academic year in “middle skills” — programs that could help them close a jobs gap lamented locally, statewide and nationally.

They include female students learning to be welders and diesel mechanics; an electrical trades student plotting his career as a utility lineman; a dropout, now a high school equivalency student, taking adult culinary classes.”

“The wait is finally over for a new craft brewery along Catskill Creek.

Crossroads Brewing Company will open for business this summer.”

Hey millennials! Albany is for you.

“Using page views as its metric, realtor.com chose Albany as one of 10 hot cities for the millennial generation – people between the ages of 25 and 34.

Millennials make up 12.7 percent of Albany’s population, just shy of the nationwide share, 13 percent. Realtor.com analyzed the 60 largest markets in the U.S. and compared the share of millennial page views in each area to the national average. Page view data, gathered using a “realtor.com proprietary demand model that is based on realtor.com property views” was from August, 2016 to February, 2017. Salt Lake City leads the list, 15.8 percent of the city’s population is millennial. Albany comes in at #8. Buffalo was the other NY city on the list.”

The 3,800-square-foot facility on the sixth floor of Elston Hall has multiple learning spaces, two teaching laboratories, a research space dedicated to scientific investigation in biology and biotechnology, a microscopic imaging room and a conference/collaboration area. State-of-the-art technology will provide students with a realistic and advanced learning environment, according to a statement from SCCC.”

How this Schenectady software company grew by almost 800 percent

“The Jahnel Group, a custom software development firm in Schenectady, New York, is expanding with new hires and new projects in 2017.

Darrin Jahnel, founder and president of the Jahnel Group, said the firm is actively hiring for about four employees.”