Robust growth among minorities over the past five years is accelerating the diversification of the Capital Region’s racial and ethnic makeup, according to a Center for Economic Growth (CEG) analysis of new U.S. Census Bureau estimates.

In 2018, the Capital Region had an estimated 202,663 minorities (non-white only), up 19 percent from five years earlier. Albany County drove that growth with a 23,602 gain (up 37 percent) in minorities, followed by Schenectady County at 14,188 (up 52 percent), Saratoga County (up 79 percent) at 10,030 and Rensselaer County at 9,680 (up 54 percent). Warren County’s minority population nearly doubled (up 94 percent), though minorities only constitute 6 percent of its population, the lowest concentration in the region. 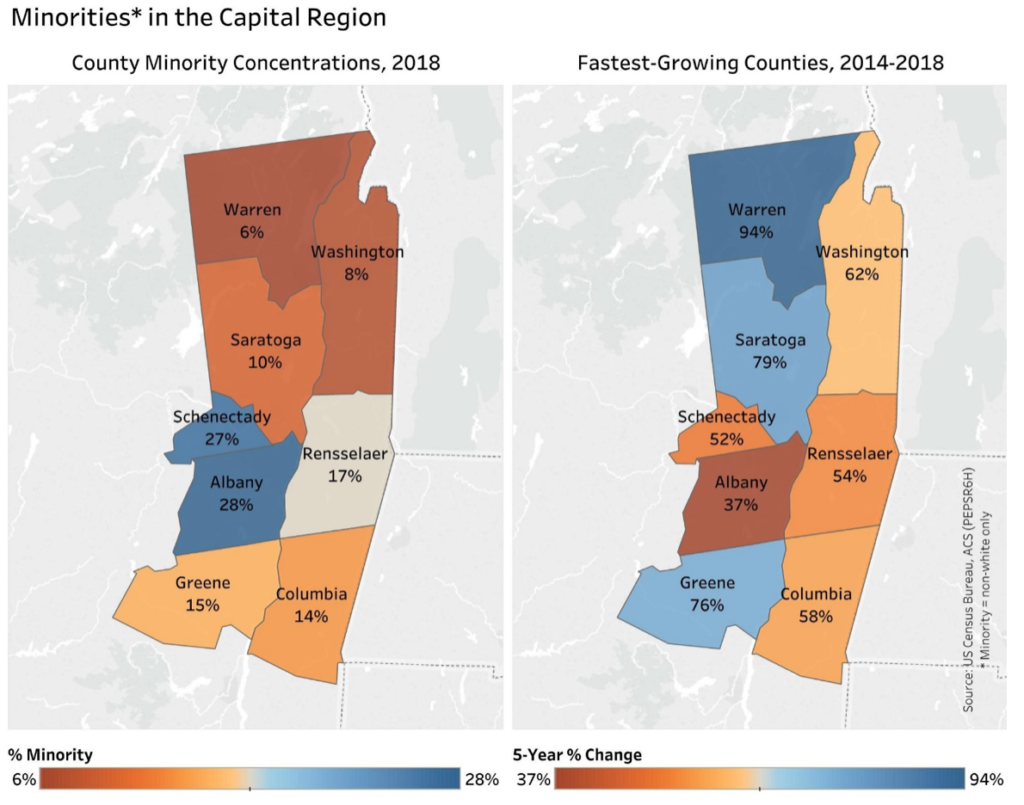 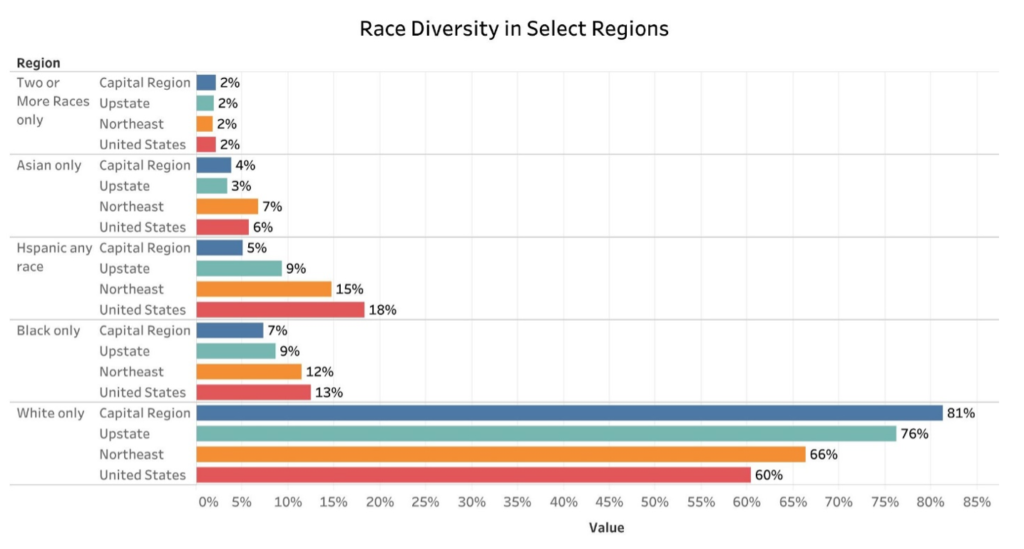 To help grow the Capital Region and make it more diverse, CEG is involved in the following activities: