As the Capital Region celebrates Manufacturing Month this October, it will do so at a time when that sector is larger and economically more impactful than it has been in years. Illustrative of the dynamic changes the sector has undergone over the past 10 years, chemical manufacturing in 2016 unseated machinery manufacturing as the region’s largest manufacturing subsector in terms of employees, according to a Center for Economic Growth (CEG) analysis of New York State Department of Labor statistics. 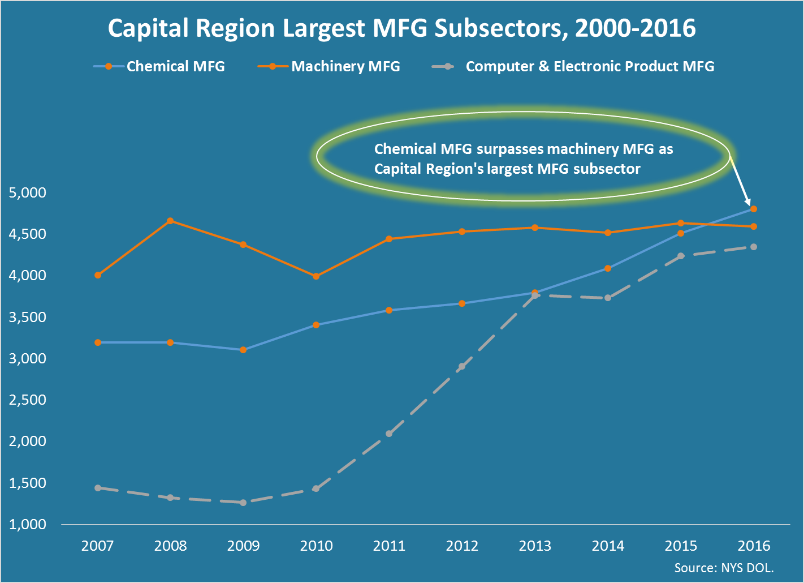 Capital Region chemical manufacturers include Regeneron in East Greenbush, SI Group in Niskayuna, Momentive Performance Materials in Waterford and SABIC in Selkirk. Computer and electronic product manufacturers include GlobalFoundries in Malta. Over the past 10 years, the region’s chemical manufacturing subsector has grown by 50.4 percent and the computer and electronic product manufacturing subsector has grown by 201.7 percent. Meanwhile, during that period, machinery manufacturing has grown at a slower rate of 14.5 percent. 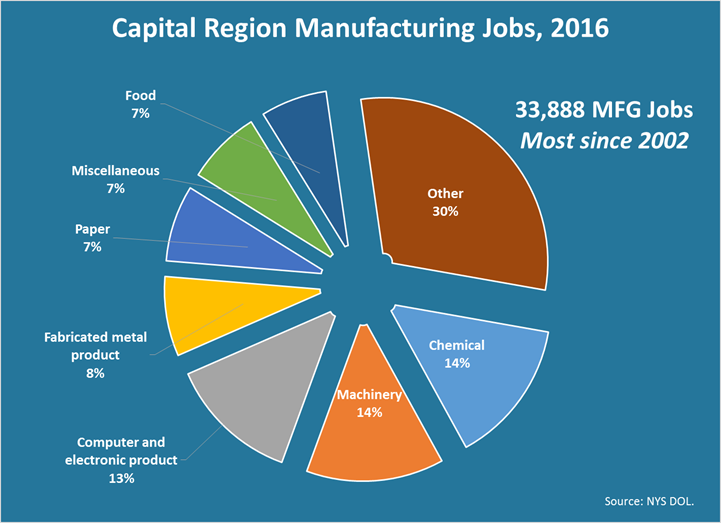 The manufacturing sector is now having a substantially greater economic impact on the region’s economy than it did 10 years ago. Manufacturing wages in 2016 totaled $2.53 billion – up 25 percent from 2007, when taking inflation into account (2016 dollars). During that 10-year period, the average manufacturing wage rose to $74,675 from an inflation-adjusted $64,535 (2016 dollars) – largely driven by an increase in more highly skilled, higher-paying jobs. 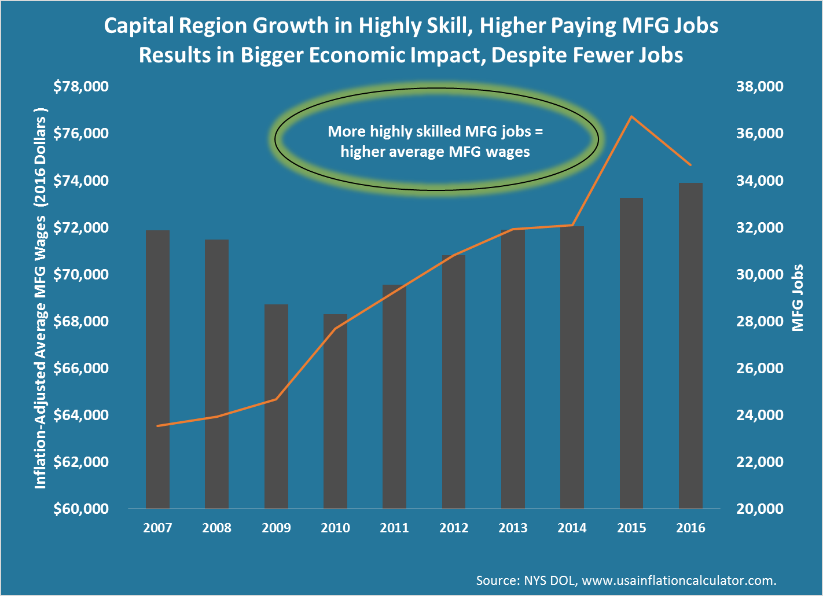 Supporting the growth of the region’s chemical manufacturing sector is a robust talent pipeline primarily established by the Rensselaer Polytechnic Institute and University at Albany. In the 2015-2016 school year, Capital Region institutions awarded 204 degrees (bachelor, master and doctor) in chemistry-related fields, including chemical engineering, biochemistry, and chemistry, according to a CEG analysis of Integrated Postsecondary Education Data System statistics. Sixty percent of those degrees were awarded at RPI. Other local institutions that awarded chemistry-related degrees include Siena College, Skidmore College, The College of St. Rose and Sage Colleges. An additional 227 degrees in pharmacy and pharmaceutical studies were awarded at the Albany College of Pharmacy and Health Sciences.

Each of the eight counties contribute to the Capital Region’s manufacturing dynamic. Below is a sampling of each county’s 2016 manufacturing highlights: 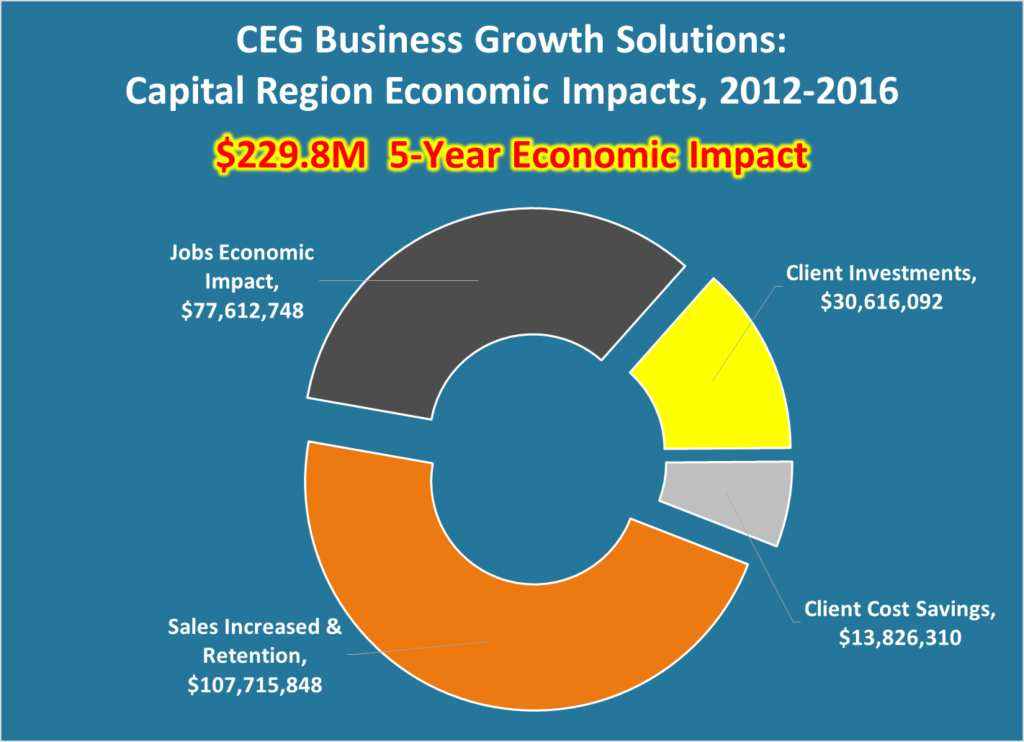 To ensure the Capital Region has a talent pipeline to not only sustain but also accelerate manufacturer’s growth, CEG and its partners are taking steps to improve access to and career advancement within the manufacturing sector. As follow up to The Pathways Project for Advanced Manufacturing study that it conducted last spring for the Capital Region Workforce Development Boards, CEG and Hudson Valley Community College (HVCC) are developing a new, stackable credential program for workers interested in entering the manufacturing workforce. This multi-level program will provide workers with ways to quickly attain skills that area manufacturers need, initially through 18-20 hours of on-line classes (Level 1) followed by an 80-hour intense BOOTCAMP offered over two consecutive weeks (Level 2).

Furthering efforts to attract and retain skilled workers is CEG’s Talent Connect program, which helps outside talent recently employed by local companies adjust to living in the Capital Region while also assisting their spouses or partners find employment here. Talent Connect staff also travels outside the region – to places such as Fort Drum and MIT – to recruit talent for CEG investors in the Capital Region.