Two Capital Region cities were among New York’s top 10 for fastest-growing cities in 2018. With a 223 year-over-year population gain (0.3 percent), Schenectady was the state’s sixth fastest-growing city, and Saratoga Springs’ 68-person annual gain (0.2 percent) made it the 10th, according to a Center for Economic Growth (CEG) analysis of new U.S. Census Bureau data. 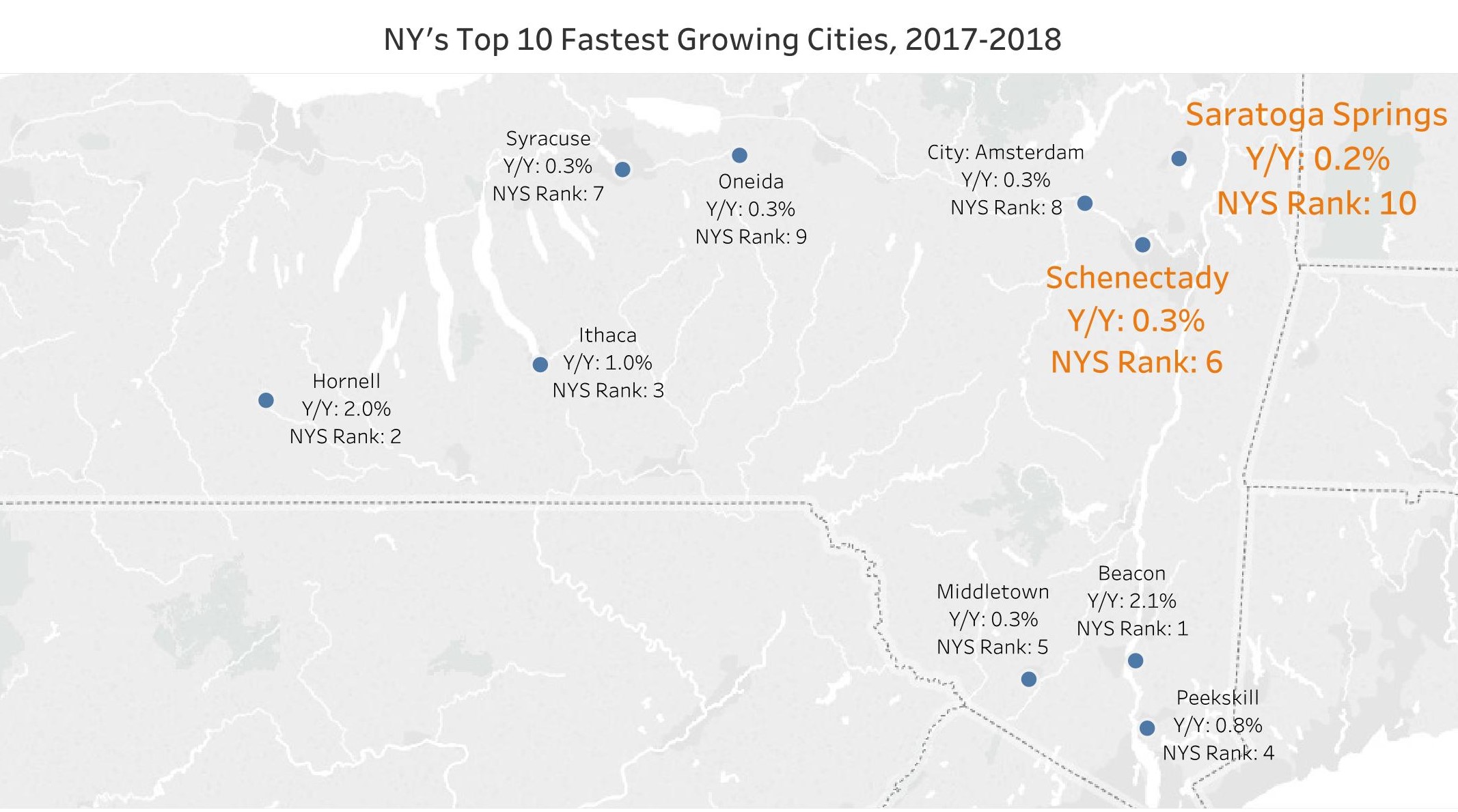 The region’s growing towns were located in four counties: two in Albany County, eight in Greene County, 10 in Rensselaer County and 15 in Saratoga County. There were four growing villages in Saratoga County and one each in Rensselaer and Schenectady counties. Together, these growing places helped the Capital Region emerge as New York’s second-fastest growing economic development region in 2018. 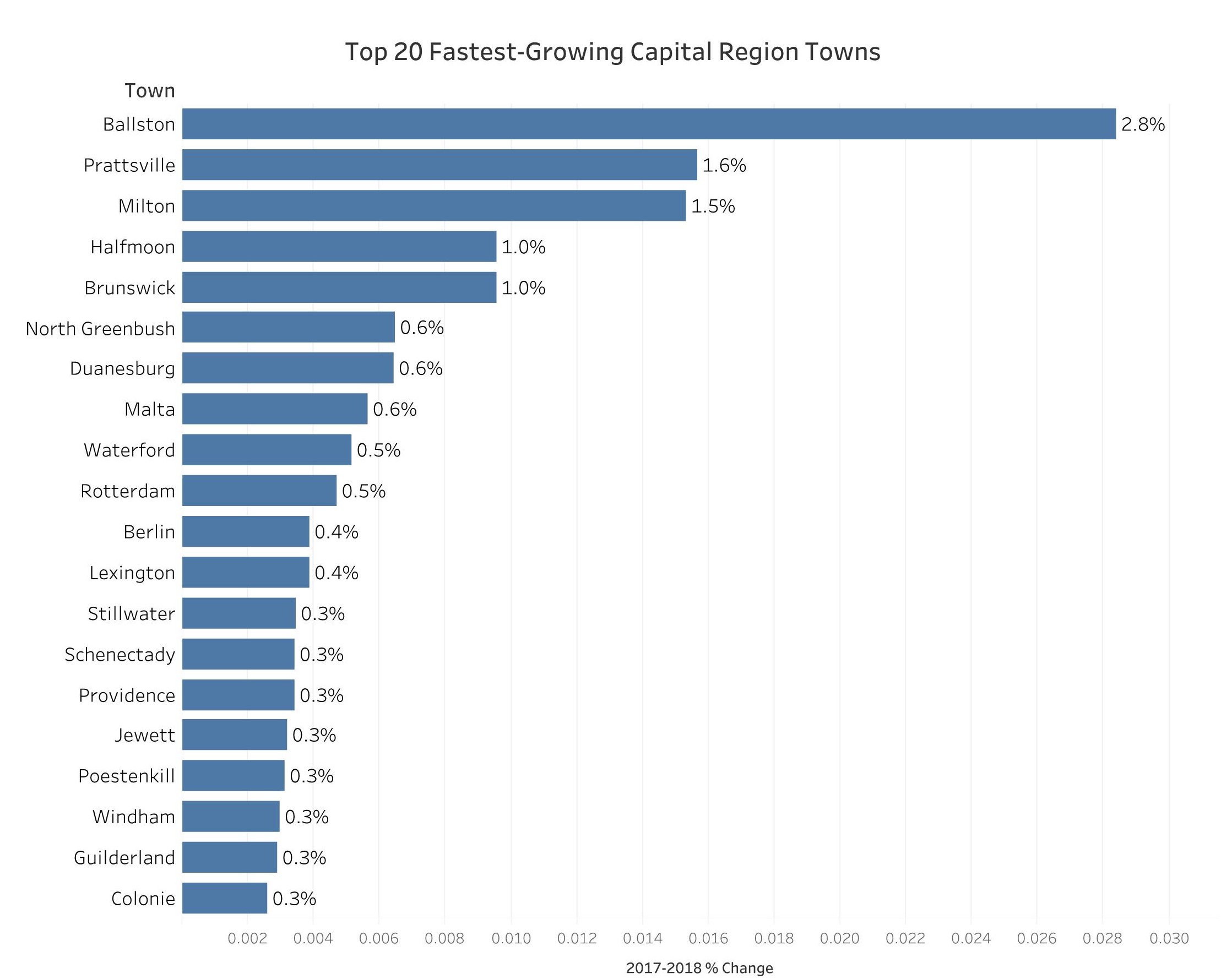